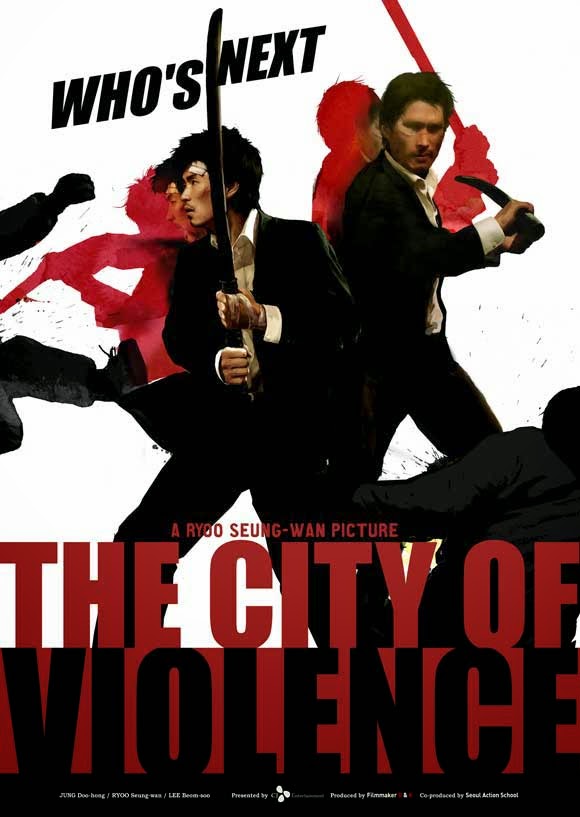 Tae-Su (Jung), Wang-Jae (Ahn), Pil-Ho (Lee), Dong-Hwan (Jeong) and Seok-Hwan (Director Ryoo) were close-knit high school buddies in the late 80’s. They loved scrapping and fighting, but it was a much more innocent time. After the mysterious death of Wang-Jae, Tae-Su returns to his small South Korean hometown to attend the funeral. But suspicions arise, and Tae-Su, who is now a hard-nosed cop, stays in town to conduct his own personal investigation into the death of his friend.

He teams up with Seok-Hwan and together they tear up the town and even revert back to their old pugilistic ways. When it turns out the aggressor in all this is their old pal Pil-Ho, who grew up to be a remorseless psychopath, and who has become a successful land developer because of his corrupt and ruthless ways, it sets the stage for an epic battle for the ages. Will the hometown of these old friends become the ultimate CITY OF VIOLENCE? Find out today!

The City of Violence is a highly entertaining movie, overflowing with dynamism, energy, color and visual appeal. The cinematic flourishes on a visual level are the icing on the cake to a story about loyalty, brotherhood, betrayal and nostalgia. Not to mention remembrance and tragedy. And of course fighting. It is extremely well-shot, well-lit, and well-directed, and director Ryoo employs all manner of tactics to delight the eye of the viewer and keep them invested.

What with its fast pace, you don’t really get a chance to become un-invested. Thanks to indicators like this movie, South Korea has become a hotbed of film talent in recent years. The City of Violence is a great example of what Korean filmmakers have to offer, and we definitely recommend it. 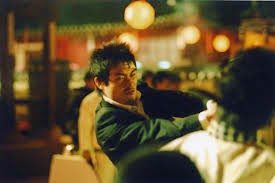 There are plenty of memorable moments, but from an action standpoint, the scene in the shopping district with its references to The Warriors (1979), as well as the Shaw Brothers-inspired climax, will more than satisfy action cravings. The scenes set in the 80’s also stand out, with expertly-done hair and clothes, as well as music - note the song by Namee, “Eternal Friendship”. Could there be some irony there? Whoever did the wardrobe for the movie should also be very proud, as characters wear very interesting clothing, which definitely matches the movie’s overall colorful nature. Top the movie off with some nice humorous bits, and you have a winner. 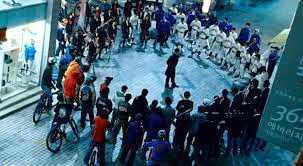 Definitely try to get a hold of the Dragon Dynasty 2-DVD set of this movie. They always do good work and they’ve chosen another gem for their roster of releases. We think it’s definitely worth adding to your collection.