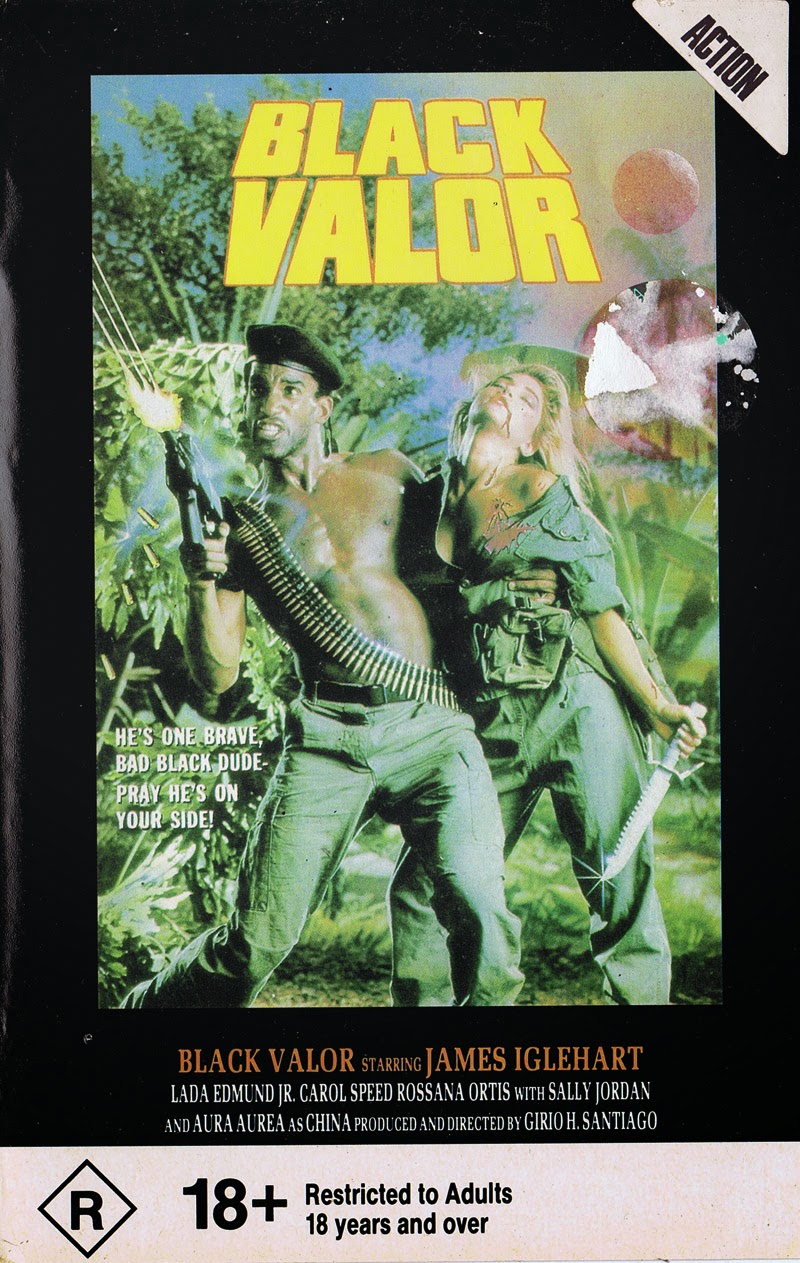 
Savage (Iglehart) is a military man currently in the Philippines. His original mission was to capture the leader of a revolutionary rebel army that’s trying to brew an insurrection in the country. When things go wrong, as they often do, Savage goes on the run. Thankfully, before that happens, he meets two female circus performers who team up with him. Vicki (Edmund Jr.) is a knife-thrower, and Amanda (Speed) is a high-wire artist.

The three come to realize that what the rebels are fighting for is a worthy cause, so they join up. That’s lucky for the rebels, as Savage probably knows more about gun-shooting and hut-exploding than anyone else in the country. And it wouldn’t be a Philippines-set/Cirio movie without the presence of Vic Diaz. Will Savage and his fellow rebels come out on top? Or will retaliation be SAVAGE?

While most people know this movie as Savage! (don’t forget the exclamation point), if they know the movie at all, we saw it as Black Valor, the VHS release on Scimitar/Bingo Video. It is in EP mode and the quality is poor. The colors are so washed out, you can’t even read the credits.

Of course, there is a highly-obvious superimposed video title where the original title was supposed to be. And the models on the cover are not in the movie. It’s puzzling why they thought they had to do all that, as the Blaxploitation craze was long over by the 80’s VHS release, and Savage! is a perfectly fine and saleable title. But such was the video store era. You never know what you’re going to discover. 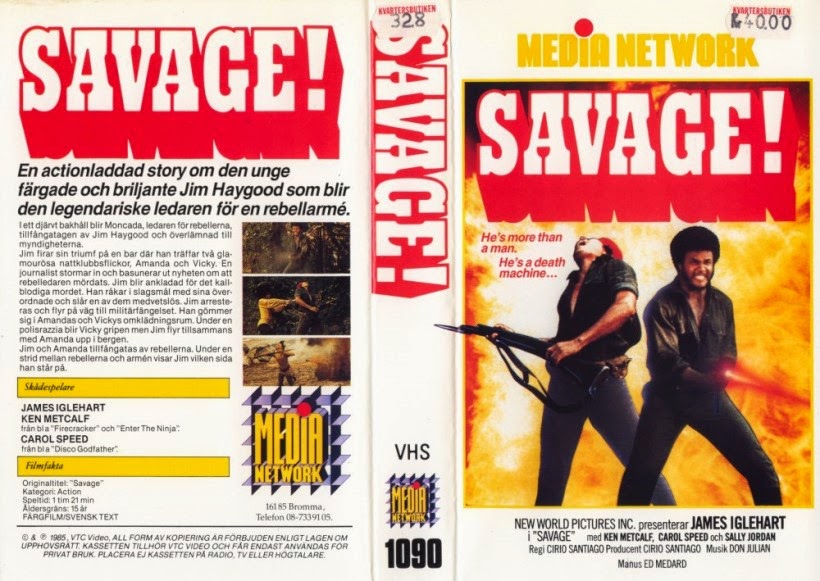 As for the movie itself, it’s probably one of Cirio’s weakest. Thankfully, it’s only 80 minutes, but it feels longer. You’d really think Savage’s travails in the jungle, which include plenty of gun-shooting, exploding huts, punch-ups (and even a few seconds of racquetball) would be enough to carry the movie, but there are many slow moments and the whole outing has a lack of urgency. It could have used more intensity, or - and this may be asking a bit much - character development.

But that being said, there is some interesting camerawork at times, the Don Julian score is extremely funky and excellent, far better than the movie deserves, and the presences of Edmund Jr. (Can a woman be a Jr.?) and Speed liven things up. It would have been a total jungle slog without them.

Probably the most interesting idea (perhaps the only actual idea) in Black Valor is the fact that the two circus girls (who, let’s face it, work for the lowest budget circus of all time) use their circus skills to kill baddies. The knife thrower - who usually throws knives around a nervous participant, now uses her accuracy to throw them into the chests and stomachs of the goons around her. And the trapeze girl uses her agility to flip around stuff and kick bad guys. There’s even a Gymkata-esque moment where she - while outside during a chase, mind you - somehow finds what are essentially parallel bars that just happen to be there, so she can hang on and kick people from them. So that was enjoyable, but there should have been more of it. It’s almost enough of an idea to support a movie on its own.

In the end, Savage! AKA Black Valor is a pretty standard jungle/El Presidente outing. It just doesn’t have that magical “It” factor - it’s really just another movie that you see once and then it sits on a shelf.

This was one of Cirio's worst. I actually have exactly the same US VHS.

That's cool we have the same VHS and glad we agree.