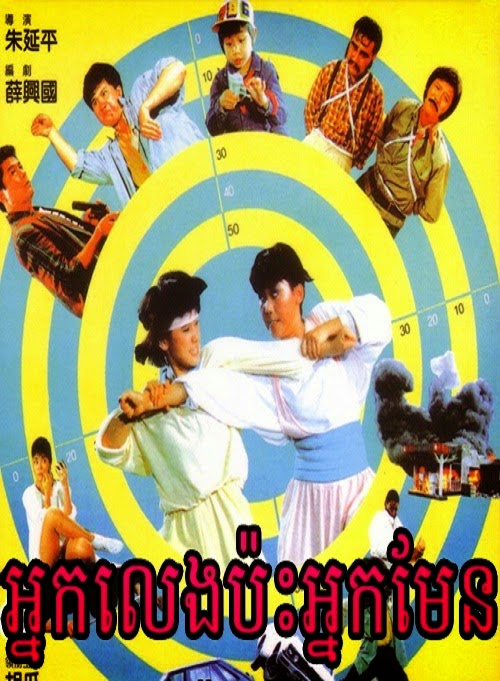 When a nefarious Japanese crime lord named Yamashita (Kurata) moves in on Hong Kong territory, it sets off a chain of events which lead to a lot of conflicts and confusion. When a shipment of gold bars disappears, Yamashita wants to get his hands on it, but so do a lot of other people. Hu Pai (Kua Hu) is a cop attempting to take down Yamashita and his gang, and along the way he must take Miss Yang (???), who isn’t a licensed police officer, but she wants to be, so she uses her considerable Martial Arts skill to take down the baddies on her own!

Meanwhile a woman named Shanshan (Hui San Yang) and a mustachioed man named David are also in search of the gold, but that’s secondary to Shanshan’s true goal of getting revenge by trying to kill Yamashita. But Yamashita has an ace in the hole in the form of a talented bodyguard (played by Yukari Oshima). Naturally it all comes to a head in a big final blowout fight. Who will end up in the BOOK OF HEROES?

We were happy to finally track down and see Book of Heroes, because, at least in America, it’s a tough one to get a hold of, making this an under-the-radar Martial Arts extravaganza. Indeed, the fights are amazingly well-choreographed, and a pure pleasure to watch. They have that outrageously fast, kinetic, acrobatic style that the late 80’s-early 90’s HK action films are known for. And if that’s what you’re looking for, you won’t be disappointed. Of course, the stunts and fights are the main highlights of the movie, but that wacky humor seen in most films from this time and place is here too. Presumably it’s all part of the entertainment package.

The minions of the main baddie are all called “Rats” (as some sort of gang name?), and of course there is the time-honored map to the missing gold, but if there’s one standout scene in the movie, it’s the one with Bin Bin. You might remember Bin Bin as the kid from the previous year’s Magic Crystal (1986), and sadly Book of Heroes is his last credited movie role to date. This young tot plays “Little Fighter” who helps out in his own way during a fight scene, and is never seen again. However, the filmmakers didn’t make much effort to conceal his adult-sized stunt double, which leads to hilarious results. What was it like to have a grown man walking around in knee socks and dressed exactly like Bin Bin in every way (including a colorful cap that just says “1986”) on the set? We may never know...

Some American hit songs can be heard during the movie, such as Cyndi Lauper’s “Girls Just Wanna Have Fun” and Heart’s “These Dreams”. Did they get permission to use these? The rules were so much more lax in the old days. Now they would have to pay a bundle for them. In Book of Heroes, they’re just kinda there.  In the end, Book of Heroes is worth seeing. If you’re a fan of this type of movie, it does indeed deliver the goods.