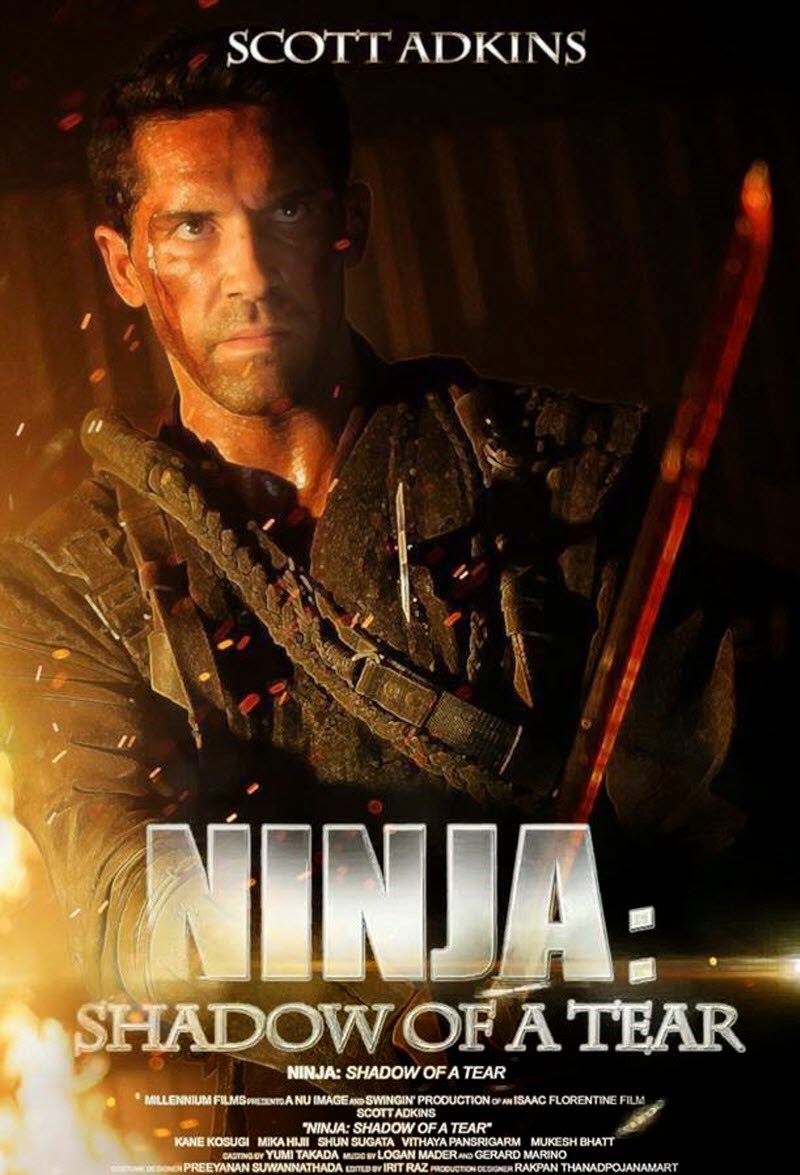 Casey Bowman (Adkins) is a master Martial Artist who runs a dojo with his wife Namiko (Hijii). Casey is truly livin’ the dream: a great wife, a great life, and a baby on the way. But his dreams of the future are shattered when Namiko (and her unborn baby) are murdered.

Vowing revenge, Casey will stop at nothing to find the perpetrators. This leads him to the dojo of fellow Martial Arts practitioner Nakabara (Kosugi). The two men then come to the conclusion that the super-evil Goro (Sugata) is the mastermind behind all the mayhem. Operating out of the Golden Triangle, Goro commands an army of goons and is said to be untouchable. Naturally, that doesn’t stop Casey from embarking on his ultimate revenge mission. Will he avenge the deaths of his wife and child? Find out today!

Ninja 2 (Or Ninja: Shadow of a Tear, its more poetic title) is awesome. There are many elements that make it so enjoyable and entertaining - there is minimal CGI, the fight choreography (by Tim Man) is excellent, you can actually see all the fights, Scott Adkins is a great hero you can truly get behind and is a rock-solid Martial Artist, and, perhaps most importantly, the plot is old-school action at its finest.

The movie is truly a throwback to the 80’s Ninja Boom, but unselfconsciously so. It would have ruined things if the great Isaac Florentine made this “ironic” or “post-modern”, but that’s what makes him great: it probably never entered his mind to do so. It’s all about exciting, well-executed fights and grand revenge. 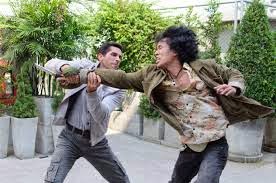 Of course, there is the time-honored barfight, the Prerequisite Torture of the hero, and the wacky taxi driver. Things we never tire of seeing if they’re done right. Thankfully, Florentine and Adkins understand action through and through, and they deliver a winner with all of what you want and none of what you don’t. The evil baddie is named Goro, recalling the Mortal Kombat character, and Kane Kosugi is onboard as well. And if all else fails, Adkins can just flash his million-dollar smile. But even if he didn’t, his badass Martial Artistry would carry the day. 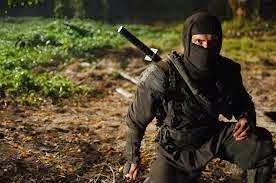 Florentine’s whooshing camera is still on display, and Scott Adkins speaks Japanese. And it’s nice to see that, in 2013, goons still haven’t learned. When they attack the hero, and he dispatches them in violent style, they still keep coming at him. Or their fellow goons think they can beat him. Apparently, word hasn’t yet gotten around the goon community that you shouldn’t mess with Casey Bowman. A marked improvement over the first film, Ninja 2 delivers the action goods with style and aplomb. At the rate the series is going, we would certainly welcome a Ninja 3.

I want more. Now waiting for "Close Range" and then a new BOYKA, please.
Adkins/Florentine is wa great combi.

Oh yeah. This was a good one. Florentine really knows what people want from action films and he just keeps getting it right.

You do have to wonder about the bad guys though. What part of killing Scott Adkins wife did they think was a good idea?

I agree completely. Ninja 2 and The Raid 2 were the best new movies I watched last year. Adkins should get more similar roles, and not get stuck in junk movies. Why can't Daniels or Lundgren make movies like this nowadays?

Exploding Helicopter: Can't agree more. Never kill anybody that Adkins's loves. He will destroy you.

Roger: We loved both this and The Raid 2 also. This is how all action movies should be made. Lundgren was solid in The Russian Specialist...but his last few movies have been weak. Hopefully Skin Trade is a return to form. Daniels needs another Recoil type movie.

As an unapologetic fan of the original American Ninja franchise, there was no way I wasn't going to comment on this.

If I had to disagree with any part of your review, it's your rating. I would give it 40 stars, but American ninjas are pretty huge in my household.

Atkins was beyond perfect casting. Nobody watches these movies for the acting; it's the action they want. And he delivers.

I was pleased to see the ninja costume on in the movie, and not in just the last 10 minutes, like the first one.

If they ever make a third one, I think a great story would revolve around Casey fighting Sho (maybe to avenge his son).

Thanks for your passion on the subject! So you're saying you would give it 40...NINJA STARS? lol.