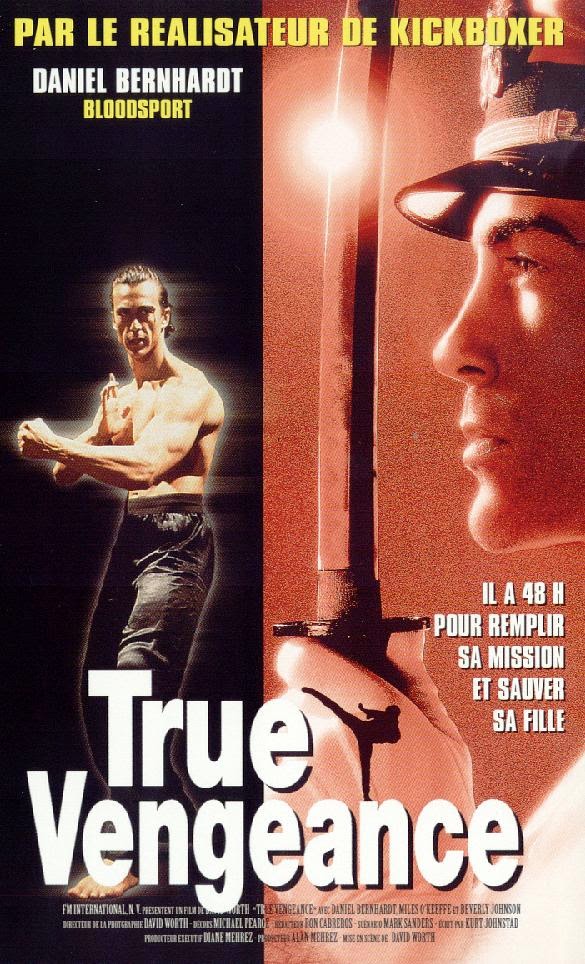 
“The Griffin you knew is dead.” - Griffin


All Allen Griffin (Bernhardt) wants to do is play Mouse Trap with his Asian daughter on her birthday. Unfortunately, the Yakuza ruins his plans and kidnaps her. So Griffin dons his revenge togs and goes on a no-holds-barred mission to save his beloved daughter before it’s too late. Complicating his quest is the presence of a man known only as The Specialist (O’Keeffe), a mercenary of some sort and a shadowy figure from Griffin’s past.

Also a detective, Emory (Lutz) has teamed up with some sort of Naval intelligence officer, Wilson (Johnson), and they are hot on Griffin’s trail and they may curtail his mission before he gets a chance to complete it. Of course, Griffin is an ex-Navy SEAL and knows how to handle himself in a combat situation - but will he make it out alive?

It may start off like The Specialist (1994) (even O’Keeffe’s character is named ‘The Specialist’), and carry on like a cross between Commando (1985) and Showdown in Little Tokyo (1991), but believe you-me, this movie is 100% Bernhardt.

It truly is his best work - Bernhardt at his best, as you’ve always wanted to see him. Dressed in a SWAT-style flak vest with a black duster coat, Griffin is almost Punisher-like as he blows away the baddies with no mercy. Sure, many characters over the years open their hidden gun stash and put on their black revenge outfit towards the end of the movie, but Griffin does it in the first third, and keeps it on. Plus, he keeps his cache of weaponry at work, not at home. We see - in great detail - how much he loves his guns. Plus he can knock down an iron gate with a dirtbike. 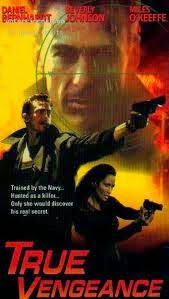 Sure, his resemblance to Van Damme is uncanny, hence why we call him “Van Daniel”. But he really comes into his own here. Plus, he’s not alone in the lookalike department. Johnson resembles Pam Grier, Lutz resembles Fred Dryer, and some other guy resembles Lou Diamond Phillips. Too bad they all couldn’t be together, but this is a close-enough approximation of what would have happened. Even the production company, FM, is remarkably close to action stalwarts PM. But, honestly, except for O’Keeffe and Bernhardt, the cast isn’t what matters. It’s the action, and they don’t skimp on that.

Many cliches we know and love are here - yelling while shooting a machine gun, the baddie says “no more mistakes” to his goons, and the phrase “we’ve got company!” is also uttered.

The shootout in the strip club is probably the centerpiece of the film, and the “Direct to Video John Woo on a budget” vibe indeed wins over the audience. However, at times, the whole outing, underscored by this scene, feels like a parody of action films. It probably isn’t - at least we HOPE it isn’t - but it was the late 90’s, after all (even though visually it looks like it was the early 90’s), and irony was starting to creep in and ruin things. It is unlikely that director Worth would do this, as he’s known for being the director of Kickboxer (1989) - and, at least on our site, known for Lady Dragon (1992) and Lady Dragon 2 (1993), along with Soldier’s Revenge (1986) and Chain of Command (1994). But he does allow some wacky things to go on in the cinematography department, notably some crazy, headache-inducing swirling camerawork that seems pretty unnecessary.

True Vengeance does indeed deliver the action goods in true DTV 90’s style. We may have a few minor quibbles with it, but nothing is perfect. It’s nothing a few wacky screams from Daniel Bernhardt and a copious amount of gun-shooting can’t solve. If you can find it, go back to the glory days - you’ll TRUE-ly enjoy the experience.

Also check out a write-up from our buddy, The Action Elite!

I agree. True Vengeance, Bloodsport 2 and Special Forces were Bernhardt's best work. It's a shame his DTV action career was so short. David Worth's movies are always worthwhile. Besides the ones you mentioned, American Tigers was a solid movie. Also, Warrior Of The Lost World has to be seen to be believed.

We never seen American Tigers. We'll try to track it down. We've seen the Mystery Science Theater 3000 version of Warrrior Of The Lost World. It was very funny.

I sort of vary on David Worth. He's done some solid films as well as some "comedic" ones as well.

Speaking of MST3k, after rewatching this film recently on YouTube, there's lots of connections here as you've got the star of Cave Dwellers and Future War all in one.

Nice observation. This is one of his better movies.