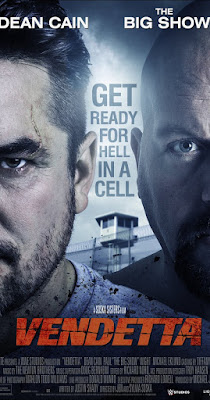 
Mason “Mace” Danvers (Cain) is a Chicago cop with everything to live for. His wife is expecting their first child, he’s excelling in his career, and he’s pretty much living the dream. Suddenly, his once-perfect life becomes a nightmare when the super-evil baddie Victor Abbott (‘Show) invades his home and brutally slaughters his pregnant wife. Vowing revenge, Mace gets himself locked up in Stonewall prison so he can get close to Victor and his crew. But he gets more than he bargains for when he uncovers a conspiracy that goes all the way to the top. With Mace on the edge, will he get his VENDETTA?


It’s going to be a “big bad show tonight” as The Big Show faces off against Dean Cain in the battle we’ve all waited ages to see. Vendetta is the best WWE Films production we’ve seen to date, and has a lot of good points, mixed in with a couple negatives. The good: the movie is Dean Cain at his absolute best, and it’s pretty gritty for him. Cain is out of control as he kills baddie after baddie and has some cool weaponry like spiked brass knuckles to help him along on his journey of revenge. You can see all the fights, and the movie certainly doesn’t skimp on the blood, brutality, and violence. It’s well-made overall and isn’t overly long. It knows its place as a B-movie and anyone expecting anything else might be missing the point. 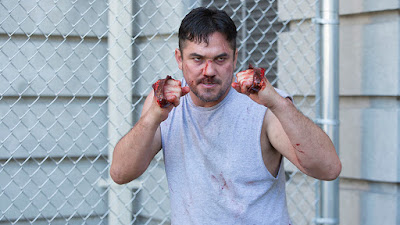 The Big Show (we could call him Mr. Show, but that might be infringing upon the rights of Bob and David) is essentially a wrestling-style baddie, but perhaps even more evil. He’s so maniacally evil, we at one point shouted, “we get it! He’s EVIL!” - but that’s the thing about these wrestlers being in WWE productions. Even though, as wrestlers, they haven’t been in any movies, they have years of experience acting, because that’s 99% of what wrestling is. The WWE is now essentially a farm team so they can figure out who goes into their cinematic output. Perhaps The Big Show and others just wanted to act all along; their dream was to be in off-Broadway plays and the legitimate theatre but just did wrestling as a backup plan. We certainly could see Mr. Big Show bellowing “Stella!!!! Stella!!!” in a star turn as Stanley Kowalski in ‘Streetcar. 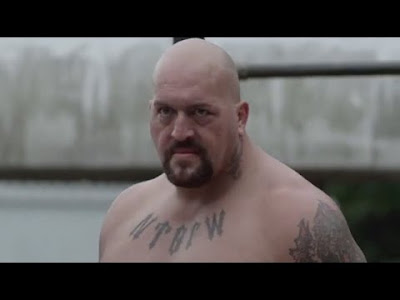 The not-so-good: The movie is probably one of the least original and most cliched we’ve seen in some time. There is literally nothing that in any way separates it from similar movies like Death Warrant (1990) or In Hell (2003). Whether that’s a dealbreaker is another matter, but almost every prison movie cliche is present and accounted for, much like the lineup when prisoners first arrive at the jail. It’s also quite repetitive, which is a seemingly unavoidable trap for prison movies. The whole second half is essentially 1. either Cain or Big Show talks to the warden in his office 2. fight scene 3. Big Show talking to his crew. That’s pretty much it. This could have been avoided if Cain’s character went into prison later in the movie than he does. If you don’t have a problem with cliches and repetition, Vendetta is good, solid fare and has plenty of fine attributes to offset these things.

All in all, Vendetta delivers the goods despite the aforementioned drawbacks.

This one was OK. One major problem for me was that Dean Cain was not a believable opponent for Big Show. They should have cast another wrestler. Placing a pistol in Big Show’s hands just looked laughable, like putting a two-inch toy gun in an adult’s hand. Eliminators with Scott Adkins is in my opinion by far the best WWE movie so far. WWE has an amazing roster of talent but for some reason, probably due to the budgets and scripts, they just seem to fail in finding the right movie vehicles for their wrestlers.

Thanks! We appreciate that.

You're absolutely right, when The Big Show was using a gun, it looked very silly. Instead Of Dean Cain, they should've hired just Kane.

Definitely want to see Eliminators. Will have to check that out soon.

Kane or Steve Austin or any bigger, muscular wrestler would have made a better opponent for Big Show.

Would love to see that.