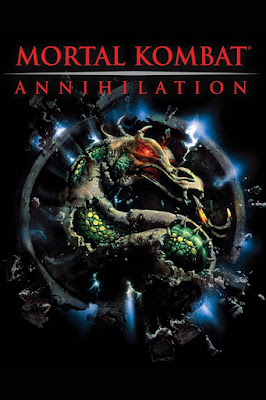 
The good guys, led by Rayden (Remar), have to fight the bad guys, led by Shao Khan (Thompson) before the "merger" of Earth with the baddie lair of The Outworld. That's it. We're not being lazy. That's really it.

Here's a question the filmmakers behind Mortal Kombat: Annihilation must have asked themselves: How do we fashion a 90-minute movie not just out of a beat-em-up video game (because we already did that once before) - but do it again with a sequel? It seems like the answer they came up with was just to feature as many Mortal Kombat characters as they could, and simply by them being there, that would satisfy young people who were already fans of the franchise or simply didn't know any better.


It does seem that the priority here was being true to the game. Maybe they worried that if they didn't include at least brief appearances by all the countless characters that existed by the time Mortal Kombat 3 rolled around, all the 12-year-olds in the audience would revolt or something. So then they just threw a bunch of childish dialogue, plot points, and CGI/green screen silliness at the screen and hoped for the best. 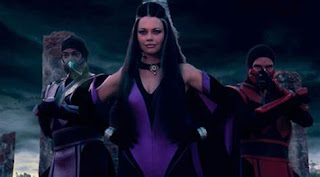 There are non-stop fights, as you might expect, but it feels like a video game, not so much a movie. It seems like the priority with the casting was to find people who physically resembled the game characters, and then fit them in costumes that followed suit. As our friend Brendan pointed out, it seems like this movie was made by someone who had never made or even seen a movie before, but had existed solely on a diet of video games their whole life.


After getting off to a rocky start, the movie struggles to find its feet, and by the time that happens, you find that the whole outing is just too silly and nonsensical to really hate.

Of course, that hasn't stopped anyone from adding this movie to lists of the worst of all time. Fan favorite actors such as Brian Thompson, Malibu, Robin Shou, and James Remar (who even does some brief Remar-Fu) manage to keep some level of interest, and there does seem to be a kid-friendly message of "believe in yourself!" but the whole outing is very, very ridiculous and is the type of overblown, unnecessary, computer-generated crud that could only have come from the Hollywood system. It seems that that's all they're good for making these days. So, in that sense, Mortal Kombat: Annihilation was ahead of its time.


Featuring all your favorite techno hits on the soundtrack, it's hard to imagine exactly who this movie was aimed towards: if you're a fan of the game series, you're bound to be disappointed, and if you're not, and for some reason you just jumped in cold to the movie, you're bound to be confused and irritated. So, for that reason, it must be "the children" that was the target market. So if, in 1997, they could get their eyes off of Power Rangers or BeetleBorgs for a few minutes, they could watch this.


For everyone else, it might be wise to steer clear. Let’s face it, you don’t go out of your way to watch Mortal Kombat: Annihilation because you’re looking for a Eugene O’Neill-level of drama. You do it to experience the continuing exploits of Ermac.

Please consider a section on your site for the podcast with links to your reviews referenced. Also, please write the definitve Connecticut action film with MJW vs. TIG.

That would be a lot of fun to write! Thanks for listening to the podcast also. We appreciate that.