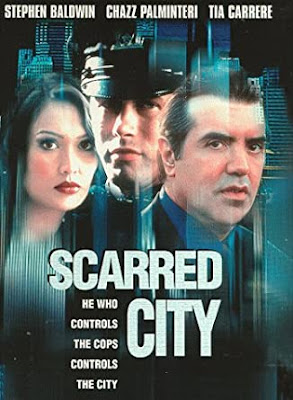 NYC cop John Trace (Baldwin) is very close to being On The Edge. Because of his trigger-happy style of policing, he is noticed by Lt. Laine Devon (Palminteri), the head of the SCAR Unit. The SCAR Unit is a super-secret sect within the police department that is more or less a vigilante-style execution squad that kills baddies with no remorse or consequences. Because John Trace is basically a good guy, he doesn't really fit in with the SCAR's rogue, and, at times, amoral ways.

When he saves the life of Candy (Carrere) during a SCAR raid on a Colombian drug lord's home, the two must go on the run because they're now a threat to this mostly-illegal operation. Now Trace's former compatriots are after him, and, as we've seen, they are relentless in their pursuit of who they deem is a threat. Will Trace and Candy ride off into the sunset...or will they be just two more victims of the SCARRED CITY? 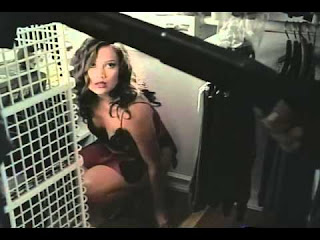 Sort of Sudden Impact (1983) meets The Sweeper (1996), Scarred City is a pretty entertaining romp through the world of DTV police thrillers. One of the things that sets Scarred City apart from the other "rogue police unit" movies is that it gets right to the vigilante-ism. It doesn't make you wait like the other entries. It wants to get that going right out of the gate so it can concentrate on how Trace and Candy are going to figure out what to do next once the SCAR Unit is after them.

The movie never totally explained what SCAR stands for, but they did give us the first two letters - Selected Crime. The A and the R are apparently up for debate. Arrest Record? Able Resource? Acapulco Remoulade? We may never know. Well, it's not that important. But it does tie back into the title of the film, so you'd think they'd make it more clear. One of the alternate titles was Scar City, and there is indeed a scarcity of explanation about that. 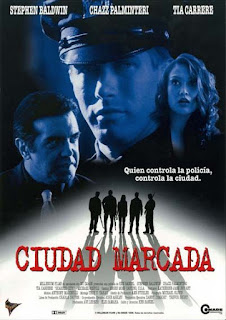 There is a lot of gun-shooting and a car chase. It's a Nu-Image movie but Charla Driver from PM was involved in the production. So it's something of a mix of the styles those production companies are known for. For a DTV movie from 1998 with Stephen Baldwin, it's a lot better than you might expect. There are some cool moments and the script is above average.


Tia Carrere helps a lot. She sings two songs and she rises above what could have been the cliched "annoying sidekick along for the ride" role. We're grateful they didn't go down that road. Her character becomes a true partner to Trace and she does get in on the action. Baldwin and Palminteri reunite here after The Usual Suspects (1995) and it really shows how Hollywood is a funny place.

One minute you're starring in a pretty much universally-beloved film with wide distribution, and the next, you're doing a low-budget cop movie with Chuck Zito as Guard #3. That's the magic of the DTV world, we suppose. That's why we'll keep bringing movies like this to light as long as we can.

Sometimes these late-90's DTV outings can get kind of dire, but Scarred City manages to set itself apart from the many lesser entries in the low budget, cop/shooting subgenre. If that sounds good to you, it's certainly worth checking out.

Comeuppance Review by: Brett and Ty
Posted by Ty at 8.2.21