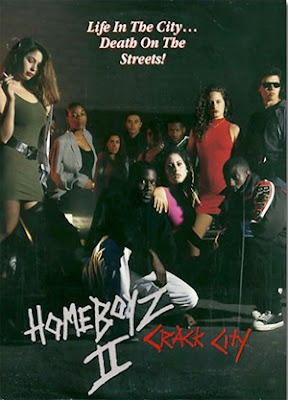 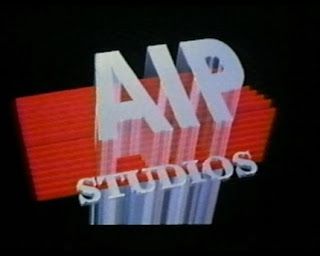 David (Stewart) is a young man from New York City, Harlem specifically. He's an amateur photographer, and after his mother dies, he ends up living in an apartment with Orah (Kersey), a talented singer. David's friend Manny James is an intellectual who is in the process of battling the housing commissioner. Once again, evil landlords are forcing people out of their homes. The main baddie is Frank Genoa (Dan Charlton), and things get personal when he attempts to kick Orah out of the apartment she's had for 18 years. David decides to join the fight against the slumlords with Manny, and David brings his mohawked cousin Spider (McKinley Winston) into the fray.


The only problem is that David sells cocaine for local drug lord Enrico (Blas Hernandez). David justifies this by saying, "I sell coke, not crack!" But, as it turns out, Enrico is also an enforcer for Genoa. Things come to an ugly head when David and Spider track a Genoa employee named Spencer McKnight to the seedier areas of New York City, and see Zipperfaces (no wonder AIP liked this movie so much) and at least one dominatrix (Sheppard). What any of that has to do with the housing crisis is anybody's guess, but that's all part of the mean streets of HOMEBOYZ II: CRACK CITY.


Homeboyz II: Crack City is like a cross between Straight Out of Brooklyn (1991) and Death Promise (1977). It has the New York City grit and low budget, ambitious young-guy-fresh-out-of-film-school vibe of the former, and the evil landlords and ridiculous moments of the latter.


It's not an action movie, although a small handful of fights break out. It's more of a street-level drama. Why AIP - Action International Pictures - was interested in this, we're not really sure, but in its feel it's not entirely dissimilar to their Street Hitz (1992). Perhaps in the rush to put things on video store shelves in 1989, AIP picked up whatever they could find. Needless to say at this point, the cover of the VHS box has nothing to do with the movie itself.


There are plenty of unexpected moments throughout the film, most of which revolve around music. Characters may start beat-boxing or strumming Spanish guitars at a moment's notice. Of course, there's plenty of sax on the soundtrack as well. There are some nice editing touches that help keep the viewers' interest. Spider looks like a cross between Billy Blanks and Kadeem Hardison. Orah, a gospel singer, has a shotgun named Henrietta. There are other off-kilter details like that that set the movie apart.


A lot of the people in front of and behind the camera may have been amateurs or novices, but they put forth an earnest attempt to make a good movie with a message. That's more than you can say about a lot of movies of this ilk. In other words, this isn't your typical "homie movie". It also predated the homie movie craze of the 90's, even predating the aforementioned Straight Out of Brooklyn.


Homeboyz II: Crack City is very much redolent of the time period it was made in, and works well as a time capsule drama. However, to be fair, it's far from flawless: there are issues in the plotting, pacing, and writing departments, not to mention some of the technical aspects. But we give the filmmakers a lot of credit for putting forth the effort and energy to get it made and get it out there. It's still very much worth watching if you like this sort of thing.
Apparently, AIP didn't give the VHS much of a push into stores, as the tape today remains among their rarest. Consequently, it languished in obscurity for the past thirty years or so. As of this writing, it can be found on YouTube so you can check it out there.


Featuring the end credits song "All the Way" by Little Joe Cook and the Heavy Metal Horns, Homeboyz II: Crack City is better than you might think it is. It's a drama that got lost in the video store shuffle of the time. We think it's worth a look again these days.