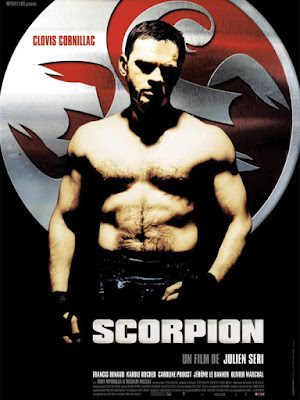 
Angelo (Cornillac) was born to fight. Or so he thinks. After a bad break, Angelo hits the skids, becomes semi-homeless and all but loses the will to live. When a shady promoter named Marcus (Renaud) approaches him to revitalize his career, because he recognizes him as an up and coming boxer from years past, Angelo sees that Marcus wants the newest, hottest style in underground fighting - MMA. So Angelo duly shakes off his slovenly ways, does his push-ups and crunches, and trains to get back in the ring. After fighting his way through the standard Boxcar Guillaumes, he is ready to beat the snot out of the heavy hitters.

As you might expect, there are a couple of problems. One involves a woman named Virginie (Rocher). Even though she leads a miserable life as both a prostitute and a bartender under Marcus, Angelo sees her and her young son Milan as a chance for redemption and a new life away from the grueling rigors of underground fighting. At first, Virginie rebuffs him and he's back in his rage-filled ways. But can that change?

The other involves a woman named Lea (Proust), who appears to be a reporter doing a story on underground fighting but, as fate would have it, is a police officer trying to get dirt on Marcus. It doesn't help that underground fighting is illegal in Paris. Naturally, it all comes down to "One Last Fight" - but it's going to be a doozy, with Angelo having to square off against a mighty mountain of meathead named Elias (Le Banner). Will Angelo be able to turn his life around? Will Marcus be held to account for his illegal wheelings and dealings? And what about Virginie and Lea? Will a powerful female influence calm the raging waters of the SCORPION? 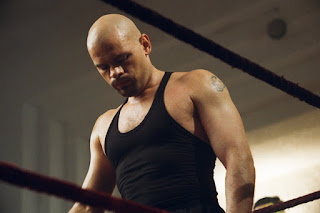 "FINISH HIM!!"...is not said in this film, and anyone expecting a biopic on the beloved Mortal Kombat character will be sorely disappointed. However, Scorpion - this Scorpion - is a quality film, and a rare example of an underground fighting movie that's so good, it really doesn't need most of the underground fighting we see on display. Paradoxically, all the fight scenes tend to bring the movie down. Seeing as the film is an unnecessary 98 minutes, they could have cut a lot of the MMA fights because the storyline stands on its own.

Scorpion is an improvement over director Seri's previous film, The Great Challenge (2004), and it shows that he's a true filmmaker in the time-honored French tradition. It seemed that he wanted to temper that "Frenchness" a bit by having an MMA-based storyline, but we say that wasn't needed. We say go with your gut and your traditions - and clearly where Scorpion shines is in its gritty drama, its serious-minded tone, and its high-tier cinematography.

In that sense, Scorpion is a lot like Redbelt (2008) - a high-caliber film all-around that not only doesn't need to lean on extended fight scenes to pad out the running time, but barely needs the fight scenes at all. The plot follows a standard Punchfighting formula we've seen countless times, but the actors carry it off in a way that's much better than usual.

Scorpion is a good film, and it shows that French guys can be tough. Fans of Punchfighters in the MMA vein with an open mind will get the most out of Scorpion.
Comeuppance Review by: Brett and Ty
Posted by Ty at 20.5.21