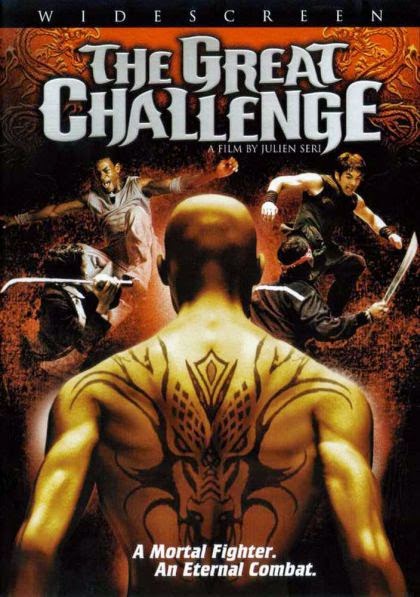 A group of multi-racial pals from France love nothing more than to Parkour it up on the local buildings and walkways.  They’ve become so accomplished at what they do, they decide to open a gym in Bangkok to teach the local, underprivileged children how to Parkour. However, they unwittingly open their gym on the turf of the Japanese Yakuza, who are making inroads into Thailand. Henceforth, the ultimate confrontation begins to bubble up to the surface: who will win, the humble Parkour-ers or the nasty gangster baddies? Dare you find out?

Here’s what’s good about The Great Challenge: there are a lot of extremely impressive physical feats, and the stuntwork and action scenes must have taken a lot of time and work to execute. We truly appreciate that. But here’s the problem: there is no plot to speak of, and there is zero character development. So, yes, what these Parkour people do is quite extraordinary, but without decent storytelling, it’s hard, if not downright impossible, to care about their plight. Consequently, you “check out” and you stop caring. So as much as we wanted to care about this band of buff ragamuffins (or ragabuffins, to use the vernacular), this movie made it really hard for us to get invested. 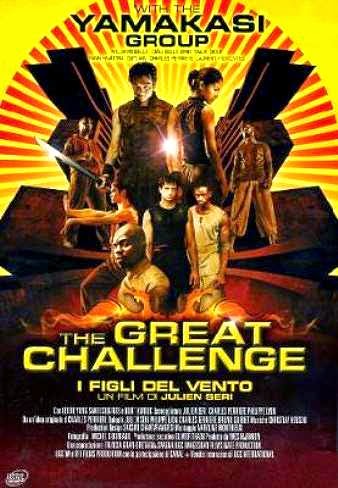 We think we see what was going on here - make a PG-13-rated movie for the younger, Mountain Dew-drinking set that leverages the current trend of Parkour to get adolescent eyeballs on the screen. One of the main characters even strongly resembles Tony Hawk. While that may not have seemed like such a terrible plan, if The Great Challenge only had characterization, and was darker, grittier, and was rated R, we might have something.

As it stands, it’s “in one eye and out the other”, a forgettable exercise that contains a lot of jumping and CGI sequences, but fails to deliver the serious-minded, bone-crunching blows that hardcore action fans have come to expect. The final brawl is a definite movie highlight, but it should have been that way from the jump (no pun intended). The movie shouldn’t have saved its capital with the audience until the very end. By then it’s too little too late.

In the “mildly amusing” department, the little Thai street urchins have cast-off clothing from English-speaking countries that say “no fly zone”, “crabby” and one has a colorful Street Fighter shirt. It’s doubtful they know what their own clothing says. But the kids do get their own training sequence, so that’s not out of keeping with classic action movies. But does it pay off? Plus, the baddies have these ridiculous bunched-up blankets on their heads that don’t exactly inspire fear. The movie may be fast-paced, but where is it going?

After seeing the same year’s District B13 (2004), there’s almost no need for The Great Challenge. So despite the hardworking stunt performances, we can’t really recommend this.

Comeuppance Review by: Brett and Ty
Posted by Ty at 9.7.14

I agree their could've been better development, though I personally still cared enough about the characters.

The stunts were solid, the plot and characters were weak.