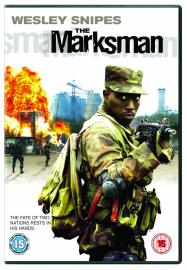 The Marksman is the third DTV Snipes movie in a year. There was Unstoppable (2004), 7 Seconds (2005) and now this tripe. He looks like he doesn't want to be there. Maybe he has an intolerance towards Romania and all its citizens. (However his wild biases we've made up haven't prevented him from going back, based on his recent work.) 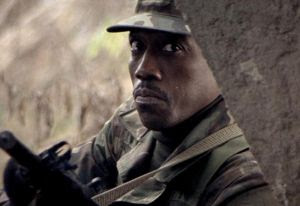 The plot is about an expert painter or "Marksman" named Painter (It really makes you long for the days of Pete Nessip), who has to stop a dangerous terrorist. Most people who rent this stuff just want action and lots of it. Is that too much to ask? I guess it is this time. There's some good explosions towards the end, but that means you have to wait 70 minutes. It's not worth the effort. 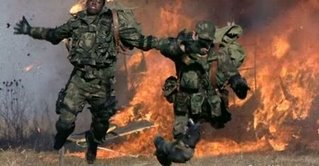 Email ThisBlogThis!Share to TwitterShare to FacebookShare to Pinterest
Labels: 2005, Direct To Video, The Marksman, Wesley Snipes