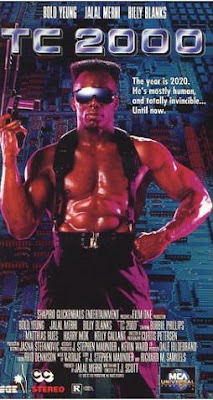 What remains of a plot after the end of the world occurs is: In 2020, the world has turned into a post apocalyptic wasteland. Officer Jason Storm (Blanks) is a tough cop who is on the run and has to go to "The Underground" (which in actuality is just a place where he fights crazy bums and there is lots of metal scaffolding...) Storm then meets up with Master Sumai (Bolo) who tells him that there is a conspiracy run by Bigelow (Hues) to bring down the "Surface World", with a "Kill Zone" device, which is a nuclear bomb of sorts. 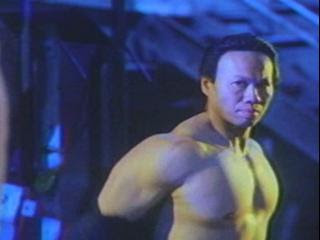 The low-budget feel of the movie does it no favors. It's a lot harder to make a period piece with no budget. In its sad attempt to ape the then-popular Demolition Man (1993) (A personal favorite) it fails on all counts and winds up looking chintzy. 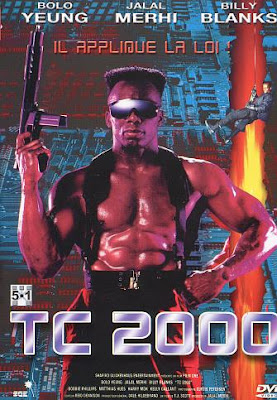 If you want to see something direct-to-video with Billy Blanks may I suggest Tae-Bo Volumes 3,7, and 12. In all seriousness, the movie is not kind to Bolo either. He doesn't get to fight until the end and even then it was poorly choreographed and not up to Bolo's usual high standard. If you want some prime-cut Bolo, try the Shootfighter (1993) and its sequel. Matthias Hues joins the fray as main villain "Bigelow". His most famous role was in the Dolph Lundgren classic I Come In Peace (1990). We normally like Hues, but he isn't at his best here, sadly. 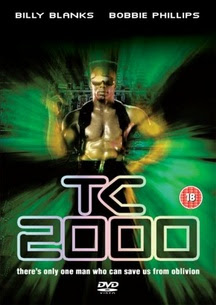 Director T.J. Scott also made the Meat Loaf vehicle Blacktop (2000) and many TV shows. This might explain some of the flat direction. The cast of mainly foreigners ensures the dialogue is even more stilted then you might expect. The best part is the reward you get at the end: The advertisement for TC products. We finally learn what "TC" stands for, which is "Tiger Claw" and the logo is on many jackets and shirts worn in the movie.

2020 isn't very far away, so if want to see a glimpse of what it is going to be like, Shoot "Blanks" with this flick tonight.

This movie is in fact bad, but that's why I actually like it. It also feels more like a cross between Robocop and Universal Soldier, with some elements of Total Recall, especially as this pre-dated Demolition Man by two months that same year.

You also have to give some credit to Mehri for actually playing the bad guy for a change, as he usually plays the good guy in every other film he's made, haha.