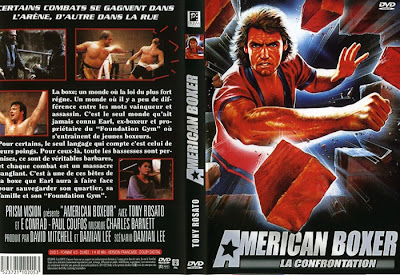 
Supposedly based on a true story, Busted Up is the story of one Earl Bird (Coufos), a man who is having relationship troubles with girlfriend Simone (Cara) and is trying to reconnect with his estranged daughter Sara after being released from prison. But most importantly, he is one of the legendary "Round Ring Boxers", dudes who bare-knuckle box in their spare time.

Bird is a local legend and gets a lot of respect in the community, partially thanks to his friend and trainer Angie (Shaw). When Irving Drayton, the local gangster, wants to take over the neighborhood, including the beloved training facility "The Foundation", Bird and Angie say no way. So Irving and Bird make a bet: Bird goes into the round ring with a man of Drayton's choosing and if Bird wins, he can keep The Foundation. But if Drayton wins, It becomes property of the local toughs. 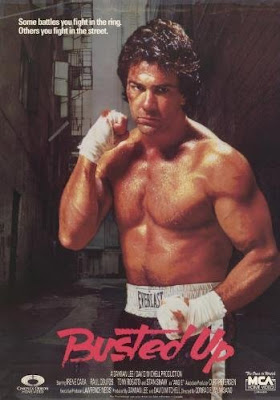 So after looking through every tough guy, brawler, boxer, wrestler, shootfighter, and belligerent jerk in town, they finally find Tenera (Gord Judges), a hulking brute with a secret tie to Bird. Also Bird promises Simone and Sara that this will be his "last fight ever". Will Bird spread his wings and punch his way to glory, or will Tenera crush his dreams?

Long before Fight Club (1999), this has to be one of the earliest punchfighting movies, setting the stage for the thousands to come in the 1990's. Paul Coufos looks like a cross between Chris Noth and Ken Wahl of Omega Syndrome (1987) fame. Irene Cara gets to show off her singing skills. 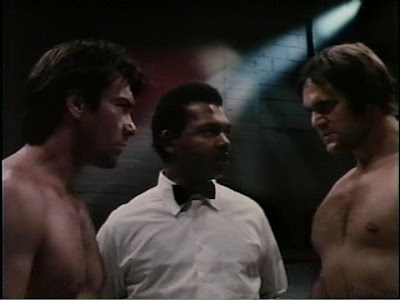 Drayton's underlings are not intimidating. They are mostly fat guys, but the best one is "Captain Hook", a very silly brute of a man who fights with a hook. There are a lot of non-actors in the film, the worst of all being the child actor playing Sara. I know she is just a kid, but if you are acting opposite legend Paul Coufos, you've got to step up your game. Sometimes the editing and filming got a bit sloppy and unprofessional.

On the bright side, there is a lot of 80's sax music to smooth it all together. Plus Coufos bellows fan favorite yell "Noooooo!" 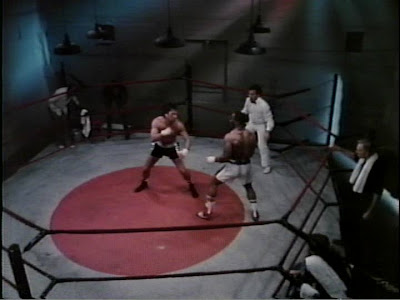 Is Thunderground an unofficial sequel? Coufos plays another character named Bird. If anyone knows the answer, write in today.

If you want a pioneering punchfighter starring a bunch of dummies pounding on each other, watch Busted Up today!

She is pretty good in this! Thanks for your comment.