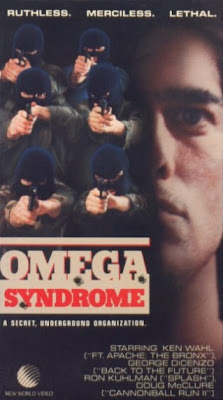 When transporting a prisoner who says "Maaaannnnn" after every sentence goes awry, it opens the floodgates for a gang of baddies in a wood-paneled station wagon to go on the loose in the L.A. area.

Meanwhile, washed-up drunken newspaper reporter, Jack Corbett (Wahl) is sort of drifting through life. After he got out of 'Nam, he had a daughter but his wife died. His beloved daughter Jessie (Eggert) lives with her grandfather but Corbett has custody for one weekend a month.

One weekend with her, he stops at a convenience store with Jessie so she can get some candy. The wood-paneled gang - who have tattoos of the Greek letter Omega on their arms - just happen to hold up the place and kidnap Jessie. 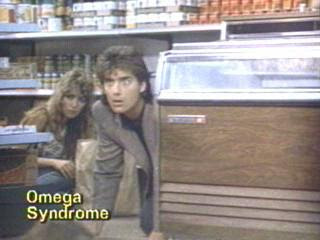 Corbett finds the police to be unhelpful, mainly because Detective Milnor (McClure) has been put on a diet by his nagging wife and he is grumpy because he has to eat yogurt all day. Luckily, he has a loose twizzler he can dip in the yogurt when no one is looking.

Corbett's next stop is his old buddy "Philly". He is an expert in guns and owns a shooting range. He even admits to selling guns to some gang members in his past, so Philly and Corbett "interview" some crips and bloods and turn up not too much information. Soon enough, the two ex-GI.'s are hunting high and low for Jessie and punching and threatening plenty of people along the way. Will they find the auto garage hideout of the evil rednecks and rescue Jessie?

A good performance from Ken Wahl, in all his mulleted glory, unfortunately can't save this tired and unengaging premise. It should have been like Taken (2008) but wasn't by a long shot. A guy going rogue, defying the police and everyone else on a no-holds-barred mission to find his daughter seems like it should have worked here, but "Omega Syndrome", which seems to have been marketed like some sort of spy/conspiracy thriller for no real reason, lacks the grit and intensity needed to pull off such a feat. 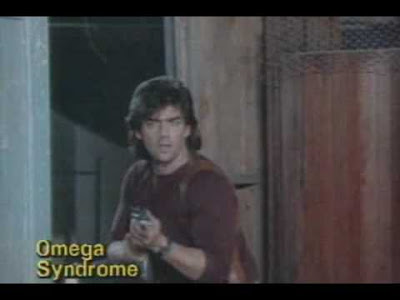 For 80's action fun, there are better places to go than the lackluster Omega Syndrome. For die-hard Ken Wahl fans only.