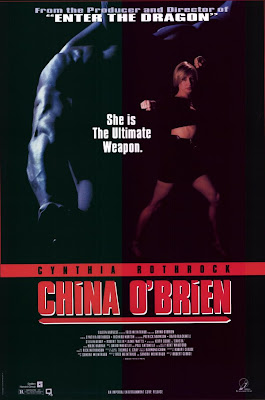 China O’Brien (Rothrock) is a tough cop in the big city, who also happens to be a karate instructor. After a shooting incident goes wrong, she is forced to move back to the rural Utah town where she grew up, Beaver Creek. Her father is the sheriff, and he does his best, but there is something sinister brewing in this quiet burg. It appears corruption is rife and it, naturally, goes all the way to the top.
The mastermind of all this is the sinister, but elderly Mr. Sommers (Kerby). Seeing Sheriff O’Brien (Blackwell) as a threat to their small-town criminal empire, as he cannot be bought off like the rest of the judges and law enforcement in town, including the bowtied judge Godar (Hazlett), the baddies use their preferred method of murder: they blow him up with a car bomb. Distraught, China runs for her father’s old position.
Along the way she reconnects with old flame Matt (Norton) and the mysterious but helpful Dakota (Cooke). Luckily, the three of them have plenty of martial arts skill and they take on an army of goons, because the only way for Beaver Creek to be untainted with corruption is to punch and kick everyone in sight. 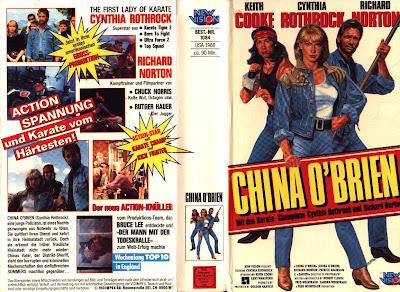 As has been noted elsewhere, one of the major flaws in China O’Brien is the lack of a powerful bad guy - at least one that can do martial arts. Because the “bad guy” here is the nebulous notion of “corruption”, and the man who has his fingers in all the interests of the town looks more like he should be doing daytime TV commercials complaining about his “diabetis”, the film’s end could be described as an anti-climax. To add insult to injury, assuming you’ve seen it, the plot and antagonist will remind you of Radical Jack (2000).

But all is not lost, as Rothrock, Norton and Cooke clearly came to play, and all three bring their physical A-game. The prerequisite bar brawl and the high school gym sequence are standouts, as is the confrontation at the political rally. Norton is his usual likable self, and Cooke has some seriously impressive moves. You’ll remember him as Prang from King of the Kickboxers (1990). But the star of the show is obviously Rothrock, and she does a great job as the crusading O’Brien. Fighting corruption is a theme everyone can get behind, so you cheer for her all the way. 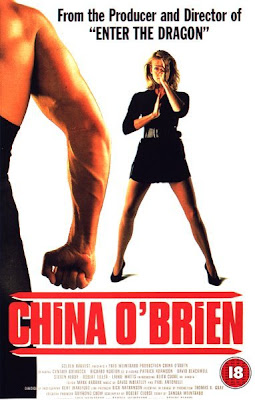 By action movie standards, C O’B has a relatively slow pace, presumably to match the slower pace of the boondocks in which the movie is set. In that sense it’s appropriate, but fans may be puzzled by it.

The best way to describe this movie is “Americana with punching” - wouldn’t you love to see a Norman Rockwell painting of Cynthia Rothrock and Richard Norton pummeling the baddies into submission?

Break out the “good China” and see it tonight.

This is the Rothrock that's been on my wishlist the longest. I've read nothing but good things about it so better bite the bullet soon!

Cool. Hope you get to watch it soon. It is pretty fun.

I've always dug this one, though I'd forgotten about the issues with the anti-climatic ending, which is interesting, because I think part two more than makes up for that. I have a feeling that's more the movie you're looking for.

That is cool that the 2nd one makes up for the ending of the 1st one.

Will keep an eye out for a good price on the sequel. Your review of C O' B II was really good.

This movie is LOUSY! Terrible fights. Clouse never made a good martial arts film after Enter The Dragon. And that's probably because he didn't entirely direct that. Cynthia, who just came from Hong Kong and made some of the best martial arts film ever made, tried to suggest a better way of doing it but Clouse was too pig-headed and wouldn't listen. This film is hack-work and very unsatisfying.

It could've been a lot better, but it's not lousy, don't you mean Clouse-y? Haha