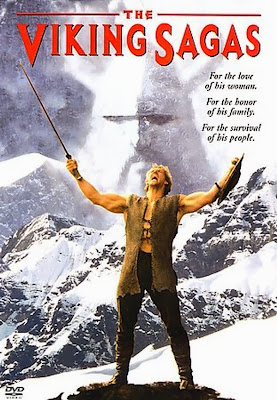 Set in the Iceland of medieval times, The Viking Sagas tells the story of Kjartan (Moeller), a lone Viking trying to find his way in a very confusing and constantly-changing world. In order to take on and defeat his rivals, he needs a mystical weapon called The Ghost Sword. But even then he is not trained in the ways of battle, so a more experienced Viking, Gunnar (Thorsen) agrees to train him. Making his quest a lot more pleasant is the beautiful maiden Gudrun (Stefansdottir). The forces of darkness are represented by Ketil (Olafsson), and Kjartan, Gudrun and Gunnar must defend their honor, their land, and their freedom, as Kjartan also avenges the death of his father. Will they succeed?

It’s “Brakus The Viking” as Ralf Moeller treks across Iceland in a chain mail vest in this so-so period piece. The locations are visually interesting, and they’re shot well, and Sven-Ole Thorsen is perfectly cast in the role he was truly born to play, but The Viking Sagas lacks coherence.

The decision to use a narrator who is constantly naming characters and events doesn’t help the confusing factor. The “battle violence” is decent, but it can’t patch over some of the more plain and mediocre aspects of the overall film. There’s a certain earnestness about the whole project, which seems like a misplaced tone. There should have been a bit more verve.

The fact that the movie was directed by Michael Chapman, who is an Academy Award nominee for best cinematography for Raging Bull (1980), among others, and that the film was released on VHS by New Line with a bunch of trailers for more mainstream material such as The Long Kiss Goodnight (1996) and Last Man Standing (1996), seems a bit odd. The Viking Sagas seems like it would have been released by Vestron, Academy or Continental in 1989. We’re guessing Harvey Weinstein isn’t constantly name-checking The Viking Sagas at his high-level Hollywood meetings. But, it presaged Game Of Thrones by many years, so maybe there should be some pride there. 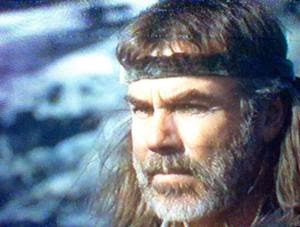 Was there a huge demand for Viking-based Sagas in the 90’s? This particular Saga hits all the bullet points of what should be involved, such as a beautiful maiden, axe battles, snow, etc., but it’s unlikely to inspire viewers.

That being said, the end credits are amazing. We’ve never highlighted that before (nor has any other movie reviewer, probably) - Just watching them, you see a dizzying myriad of crazy letter combinations, accent marks, letters not in English mixed in, and credits such as Robert “Bloodaxe” Brakey - where else are you going to see that? (He was a first assistant editor, by the by). That must be one seriously badass Editor. We’re guessing he edits film with an axe.

The Viking Sagas is completely hit or miss. There are some great moments, but they’re mixed in to an overall project which is...mixed. Fans of this historical period may want to check it out. For others, it’s probably not worth going out of your way for.

Comeuppance Review by: Ty and Brett
Posted by Ty at 7.1.14

My german VHS is called "Islandic Warrior" and the movie is watchable - not more. See it - forget it.

That's true we are in agreement. It's interesting to know about the title of the German VHS. Thanks for the info.