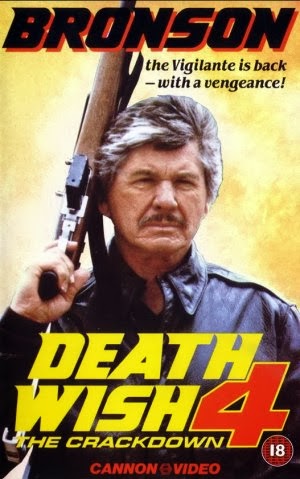 Having seemingly retired from vigilante-ing, Paul Kersey (Bronson) continues with his architecture work. He’s in a loving relationship with reporter Karen Sheldon (Lenz), and he has a great relationship with her daughter, Erica (Barron). But the streets keep calling Kersey back, as a new wave of drug violence, primarily cocaine and crack, are causing havoc in L.A.

When Erica becomes a victim, Kersey snaps back into his old ways, and soon punks everywhere are fearing the name Frank Lloyd Wright...er...Kersey. Apparently, his reputation precedes him, as a wealthy bigwig (Ryan) hires him to work his magic on two rival gangs, one run by Zacharias (Lopez) and the other by Romero (Moroff). Kersey then pits the two gangs against each other, thereby cleaning the streets in the process.

But two cops, Reiner and Nozaki (Dickerson and Oh, respectively) are watching Kersey’s every move. You’d think they’d appreciate the help, but anyway, Kersey must go it alone against the evildoers of the night. Can he do it...again?

You’ve gotta love Bronson and the Death Wish series, and this installment makes it easy to see why fans have such loyalty. It’s a very enjoyable movie, that simultaneously stays current, shrewdly using the then-current crack epidemic to leverage another series installment, while maintaining an awesome “anti-young punk” attitude later perfected by Clint Eastwood in Gran Torino (2008). Bronson and director Thompson , while technically eligible for their AARP cards, prove the point that young punks suck and old badasses rule.

Plus we liked the idea that at this point in his vigilante career, he might consider hanging it up, but he ends up working for someone else. We thought that was a cool way to advance the series-wide plotline. From the second he says “I feel like she’s my own daughter”, about Erica, we know...it’s on. 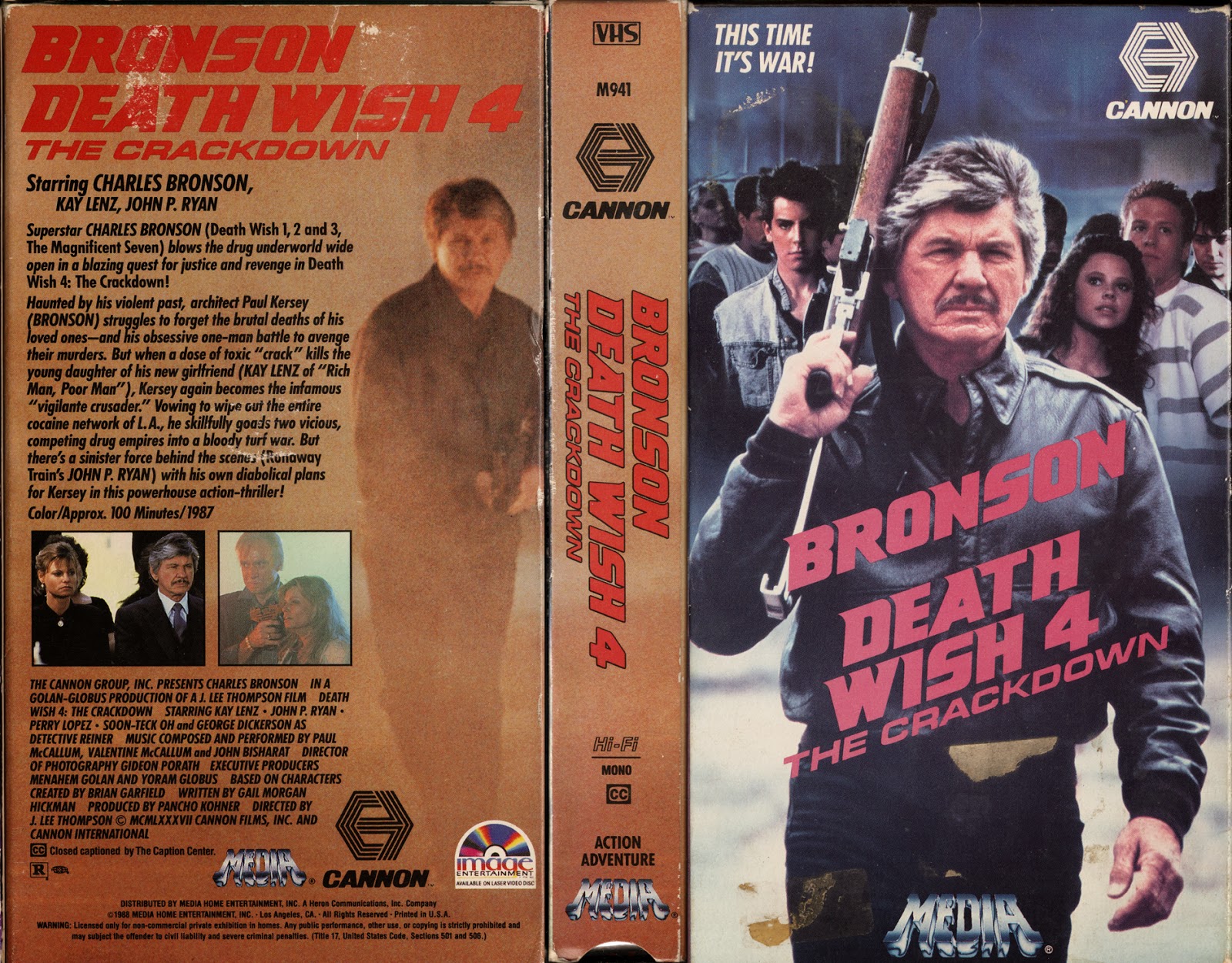 Plus it’s great to see him in a variety of different situations - a lot of which are hugely nostalgic to 80’s buffs like us - such as a video store (with posters for fellow Cannon titles Breakin’ - interestingly it’s for its title Breakdance - and Field of Honor, among others) and not just an arcade, with Spy Hunter and other games, but a combination roller rink/arcade, as a separate location. It doesn’t get any more awesome if you’re looking for a cool place to hang out in the 80’s. But when Kersey rips through with his machine gun while chasing the baddies, you know he cares not for frivolous fun, he’s out for blood. 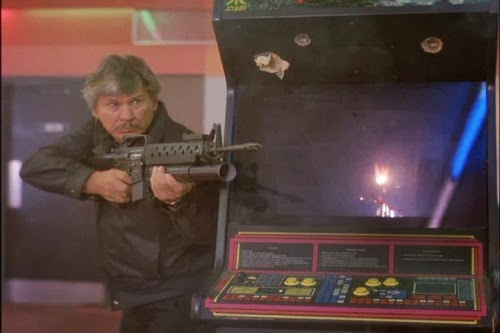 Well-directed by the veteran Thompson, with a nice pace and plenty of cool moments, Death Wish 4: The Crackdown (get it? Crack? Crackdown? Eh?), released by Media, proves to be a reliable winner.

This one is my favorite in the series. Cheerfully ridiculous and not quite as mean spirited as the others.

Totally agree. This was a blast to watch.

I'm always surprised when I read negative reviews of Death Wish 4. While it could never rival part 3 for total ludicrousness (and neither can any other film bar Deadly Prey) it runs it close. So many classic scenes of Kersey mowing down scum in great Bronson fashion. When he blows Ryan away at the end I shake my head in disbelief every time I see it. The massacre at the fish factory, the video store and the mob explosion, all are immortal in my opinion.

As a Bronson-Fan (beside Eastwood) I love them all - except number five.

Force Field: Death Wish 4 delivers the goods. Deadly Prey is a classic too. Haha. When we first saw that explosion at the end, we couldn't believe it. Haha.

Harry: Five has some fun moments, but 3 and 4 are just crazy. Haha.

The second best in a classic franchise, only the completely OTT part 3 is better. I have really enjoyed your sequel February.

Thank you. Happy you're enjoying it. Part 3 is hilarious and a classic.

Yeah, I always thought this was a solid entry. People pick on it because it's the follow-up to the UTTERLY insane Part 3. But it's a lot of fun.

Can't not like a film that ends with a gun blowing up (see: Invasion USA).

Anytime the main baddie gets blown up with a gun or bazooka, it's almost an instant recommendation! Haha.