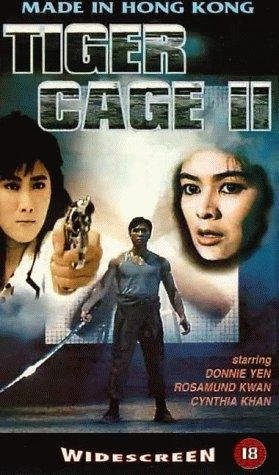 
Alan Yau (Yen) is an ex-cop on the edge. After being kicked off the force for his rogue ways, his wife files for divorce. This would help explain why he’s on the edge. Leaving the law office after being served with divorce papers, he gets swept up in a violent robbery. During this encounter, he saves the life of lawyer Mary Chang (Kwan). (NOTE: these are the names of the two leads in the dubbed version that we saw. In other versions, presumably any subtitled ones, their names are Dragon and Mandy, not Alan and Mary.)

Now on the run from amoral and unscrupulous gangsters, they go through many mishaps and misadventures, not to mention relationship woes. It turns out there’s a complex money laundering scheme at play and a lot of money is missing. But Inspector Yeung (Khan) suspects Alan and Mary are involved, even though they’re innocent. Meanwhile, the super-evil “Mr. Big”-type gangster boss Wilson Chow (or Waise Chow, depending on your international version), (Shou) wants the heads of Alan and Mary as well. So now they’ll have to fight - and fight and fight - to prove their innocence. Can they do it?

Tiger Cage 2 is pretty much an in-name-only sequel to the first film. Donnie Yen returns this time around, but as a different character. There’s good news and bad news here: the bad news is that plotwise, this is a silly comedy. The plot and characters are not as good as the first film, and since they’ve upped the comedic elements, there are silly sound effects such as overly-exaggerated “eating” noises such as crunching and soup-slurping. Plus the dubbing, should you see the dubbed version like we unfortunately did, is very silly, especially the guy who dubs Donnie Yen. And, Rosamund Kwan plays the stereotypical “complaining woman” that fights and whines all the way through her adventure. So those are the negatives. 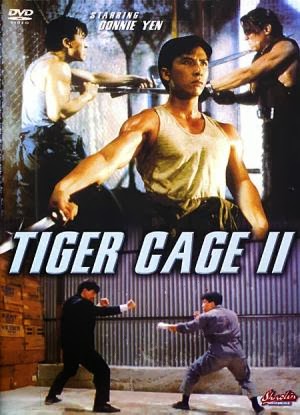 The GOOD news is that the fight choreography is amazing. Perhaps even better than the first film. And that, after all, is the main reason anyone would watch Tiger Cage 2. There are non-stop, expertly executed fight scenes, and most memorably, there is a rockin’ sword duel between Donnie and John Salvitti. Salvitti is a real-life friend of Donnie’s, and he’s appeared in such classics as Private Wars (1993) and Shootfighter II (1996). Michael Woods, who played a heavy in the first Tiger Cage movie, here returns as “Black Henchman”. In fairness, Salvitti was “Caucasian Henchman.” fan favorites Robin Shou and the great Cynthia Khan also get in on all the high-kicking, bone-breaking action, making Tiger Cage 2 a must-see for HK action junkies. 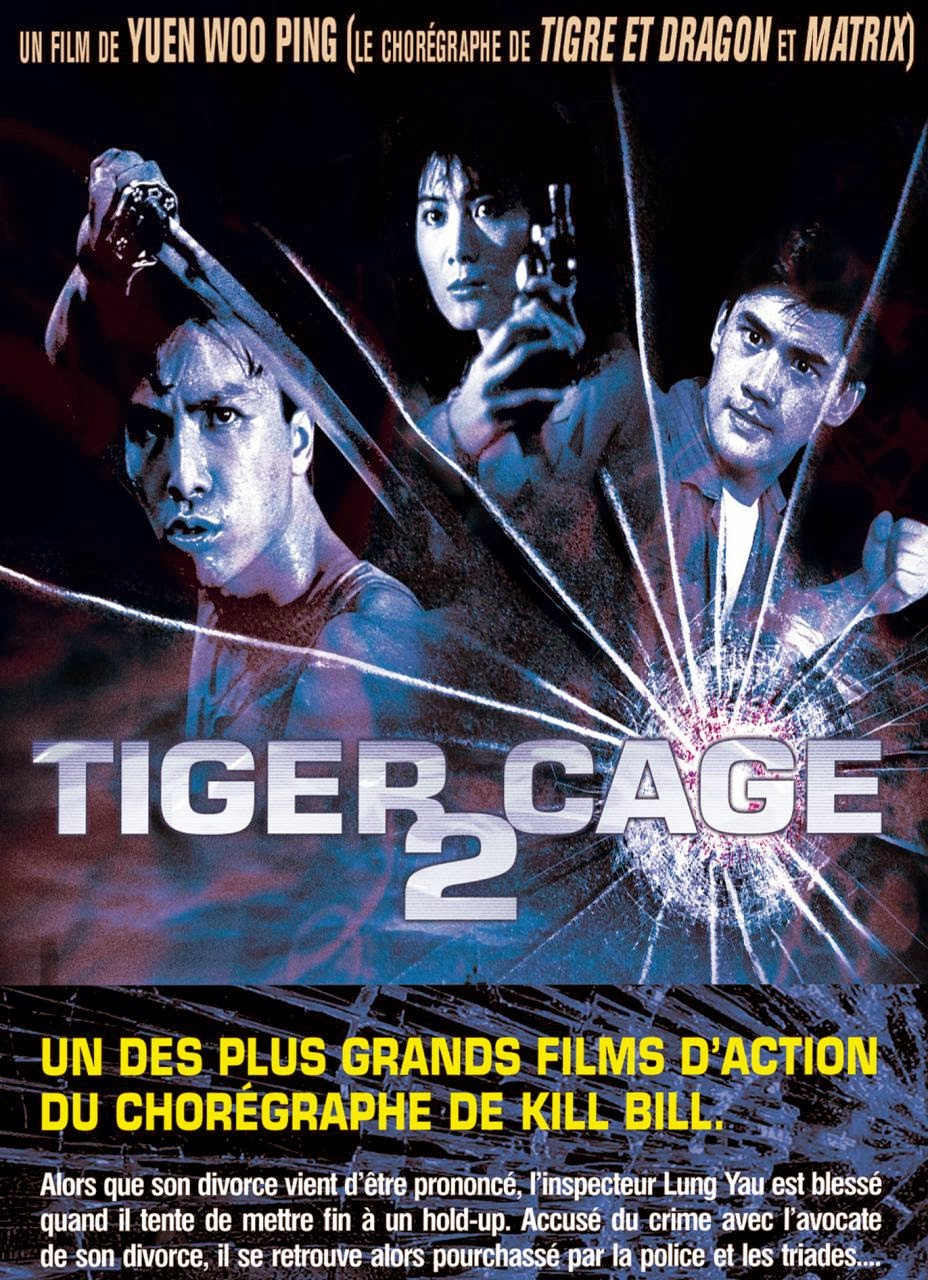 Plus there are some great cliches at work, such as the climax in the abandoned steam factory, and the Prerequisite Torture of the hero. Granted, this time the torture is a bit more unorthodox, as Donnie Yen is tied to a stationary exercise bike’s wheel and Rosamund Kwan is forced to pedal into his chest! Talk about feeling the burn! Hey-o! There’s also the standard scene at the disco which we always like seeing. Speaking of which, the music in this movie is very enjoyable and keeps things buoyant.

The strength of this movie, and Yuen Woo-Ping, are fight scenes. So concentrate on what this movie really is good at, and you will truly appreciate what Tiger Cage 2 has to offer.

Oh man, The Steam Factory. Probably my favorite setting ever.

Doubt I'll ever catch this one, but this post is as entertaining as always.

If you guys ever decide to do a blogathon, feel free to join the one I'm hosting. You guys could create something awesome using your expertise.

Thanks! Appreciate that. Got to love the steam factory.