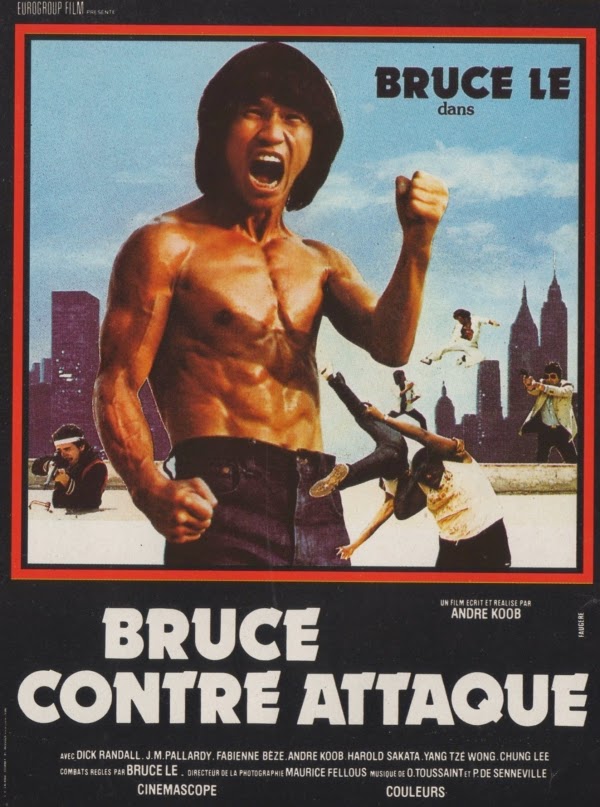 When the “American Ambassador” (Randall) gets a call that his daughter Sophie (we don’t know her name but she looks like Elizabeth Hasselbeck) has been kidnapped, there’s only one man suitable for the job: Bruce (Le), of course! Using his expertise in Martial Arts, Bruce travels to many countries in search of the girl. He has to face the evil Sakata (Sakata) - you can see how much effort was spent in naming the characters - and his henchman, portrayed by Bolo Yeung. But after many fights, trials and tribulations, will Bruce achieve his goal?

This is classic “Drive-in Kung Fu” action at its most wonderfully nonsensical and implausible. The silly fun never really lets up. Starting with the very cool title sequence, and continuing on with Bruce Le’s bowl haircut and awesome shades as he takes on giant men in shirts advertising flour, and of course “Chick Norris” (actually producer Dick Randall’s wife Corliss). The movie jumps all over the place without a care in the world, and would you really want it any other way? 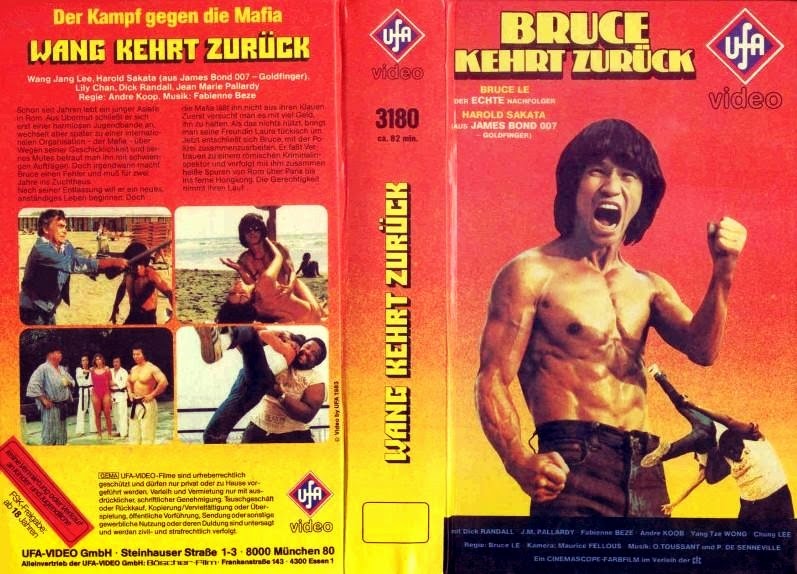 Whenever Harold “Oddjob” Sakata is on screen, the James Bond theme plays, and he even throws a deadly hat at Bruce. Are they allowed to get away with this? How were they not sued? But in addition to a killer hat, he also has an iron spiked glove, predating Nightmare on Elm Street (1984) but sadly not Blood and Black Lace (1964). The enjoyability of this movie even filters down to the sound effects and noises the characters make. “Yaaaaaaahhhh!!!!” seems to be the integral noise to Bruce’s fighting style.

And the music is incredible - it features plenty of songs you might recognize! One of our favorites was “Disco Magic” - does anyone out there know who performs this song? Naturally it was in the disco scene which we’re always on the lookout for. But there are plenty of other funky tunes on the soundtrack as well. 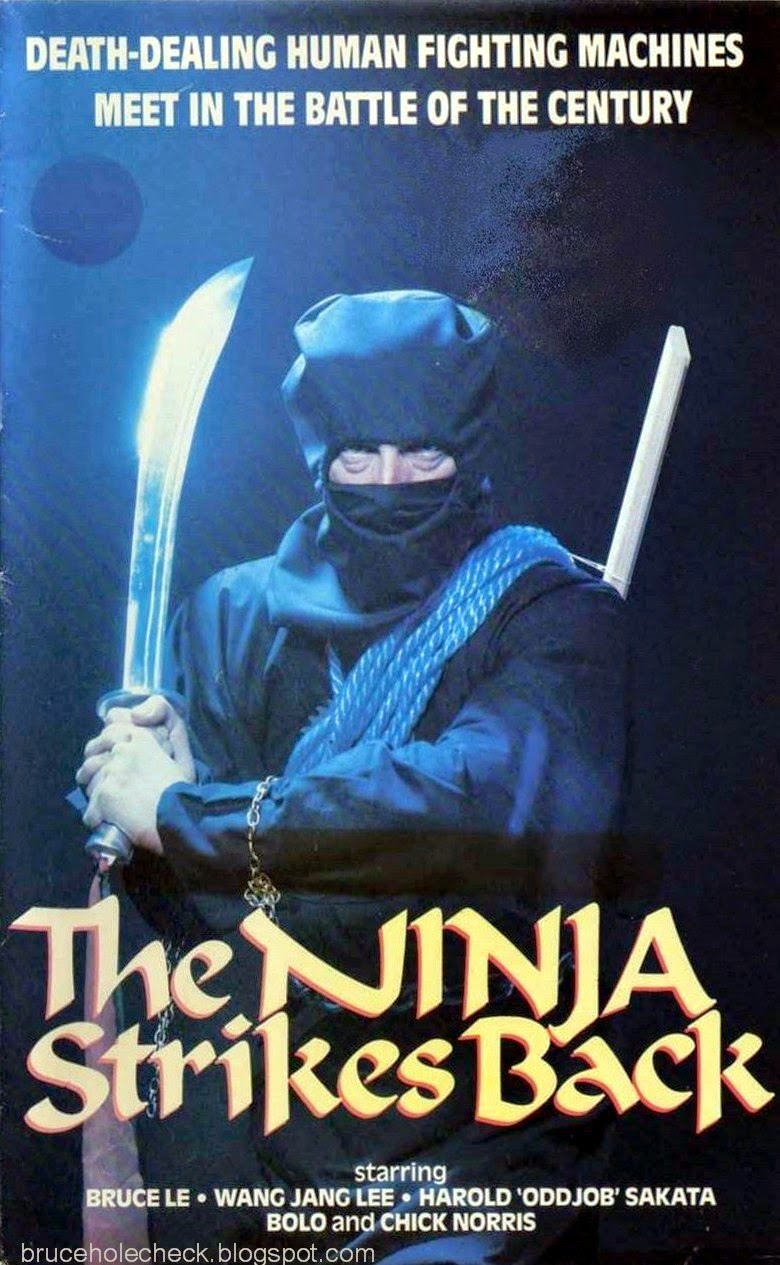 There are plenty of fights, and the climax certainly doesn’t skimp on the Martial Arts action. Something happens in this fight that we won’t give away, but is awesome. It also turns up in the must-see Challenge of the Tiger (1980), AKA Gymkata Killer (!), another Bruce Le/Dick Randall extravaganza. C of the T is on DVD thanks to Mondo Macabro, and Ninja Strikes Back was released by Media Blasters/Code Red in a very nice looking widescreen print. Both are worth owning, if your taste runs toward the more bizarre end of the Martial Arts spectrum.

Thanks for turning me onto this gem! It really is a fantastic, fun drive-in movie with action and music that make it an exemplary title. I'd never heard of it, but knew I MUST find a copy on Amazon after reading your review. Thanks again, and keep up the great work!!

You're very welcome, Gregor! Happy you enjoyed our review and the movie. Classic 80s drive-in fun. Appreciate the kind words.

This is a classic. Bruce Le made some of the strangest movies ever, truly only for the connoisseurs. The Disco Magic tune can be found on Spotify. It's by T-Connection from their 1977 album Magic.

Totally agree. This is a Bruce Le classic. Thanks for the heads-up about Disco Magic! Will look for it on Spotify.