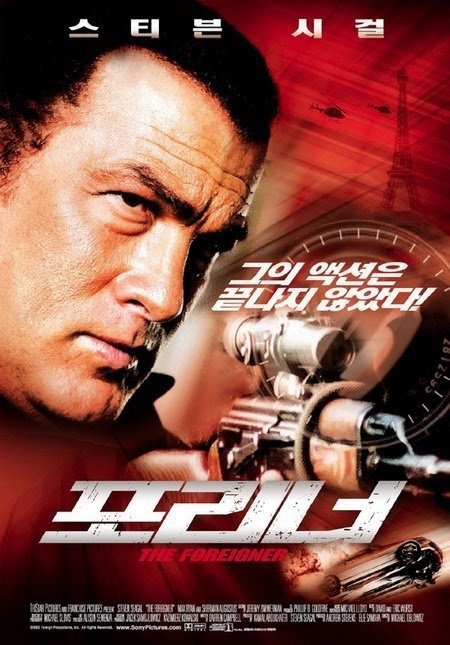 Jonathan Cold (Seagal)...is a guy named Jonathan Cold.  He’s also a former “deep cover operative” (whatever that means) and at the moment is living in Paris. Because he’s American, perhaps that makes him “the foreigner”(?) but now he has been entrusted to deliver a certain very valuable package from France to Germany. He doesn’t know what’s in the package, but he does know that a man named Dunoir (Ryan) has been tasked to assist him, and the person he’s delivering it to is wealthy industrialist Jerome Van Aken (Harry Van Gorkum...or is it Jerome Van Aken as Harry Van Gorkum...not really sure).

Along the way, Cold finds out that a lot of baddies and goons want to try to stop him from delivering the package, including Mimms (Augustus). So Cold deals with them the only way he knows how, i.e., coldly. Just slightly more aggressive than giving them the cold shoulder. When Dunoir turns out to not be all that he says he is, Cold turns to his brother Sean Cold (Pierce) for help, but not before going to the funeral of their deceased father Jackson Cold. Will the package be revealed? Will it get into the right hands? It truly becomes a “Cold War” as Jonathan attempts to complete his mission. Will he succeed?

What’s good about The Foreigner is that it looks more professional than a lot of Segal’s other DTV work of late. Maybe that’s because there was talk of this going to the movie theater. Regardless, there is more style to this outing than usual. And the fact that it was actually shot in Germany and Poland, as opposed to Bulgaria, really does make a difference and helps to convey a classier look. But, to be realistic, this movie is basically a poor man’s The Transporter (2002). Not to be cruel, but if you’ve ever thought that watching Jason Statham is a bit too exhausting because he’s so active and in shape, we think we’ve found the movie for you. 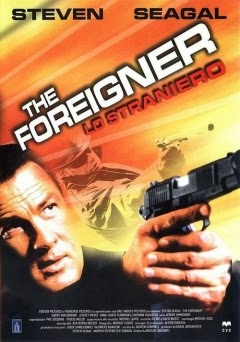 It hurts to overly criticize this particular Seagal romp. Because you can tell they were at least trying this time around to imbue the film with some sort of style and quality. Director Oblowitz also made Out For A Kill that same year, 2003, with Seagal. Maybe he couldn’t get enough of his winning charm. But then again, they haven’t worked together since.

Oblowitz includes some things that fans have seen before, such as an all-important “disc” (which seems to pop up a lot), and plenty of 90’s-style techno music on the soundtrack. But, believe it or not, the plot is actually overly convoluted and even slow at times. Had the movie only been shorter in length, and, please forgive the pun, had some of the fat trimmed from it, The Foreigner could have ranked pretty darn high in the Seagal standings. But once you see the silly quick-cutting effects during the fight scenes, that kind of dooms the movie.


Not that there aren’t some worthwhile moments: The age difference between the supposed “brothers” Jon and Sean Cold is amusing - Jonathan could be Sean’s father. The movie overall could have used more Sean Cold (or “Seanathan”, as we called him) - the actor who played him, Jeffrey Pierce, was engaging, and the plot thread connecting the brothers wasn’t really expounded upon too much. Maybe Seagal worried about being upstaged. Plus there is dialogue such as Van Aken saying “Eliminate Cold”, and Seagal talking about his old buddy Delbert, which we think he also did in Fire Down Below (1997), but can’t quite remember. 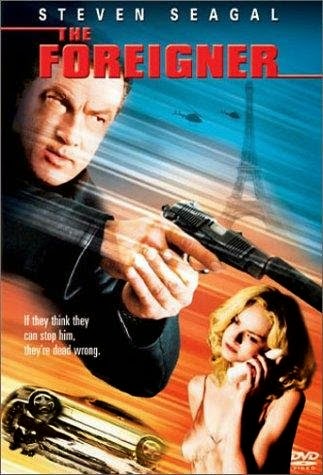 There are certainly worse Seagals out there - at this point in his career he’d yet to sink to the utter depths of the execrable Kill Switch (2008) - but it all depends on your tolerance for his output. He sure has a “love him or hate him”-style fanbase, and we try to take him movie by movie, but we feel we know him almost, we’ve been following his career for so long. A Seagal action movie is just that, a Seagal action movie. This one in particular is largely kept afloat by the cinematography. It’s by far the best part of the film. If you try to imagine these same proceedings, but not shot as well, the results are not great. So in the end, it’s kind of mid-range Seagal, aspiring for better, but probably will only appeal to his fans.

You hit the nail on the head when you called the plot convoluted, the same can be said of much of the 00s DTV output. Whatever happened to all those great 80s screenwriters? Bring back Steven E. DeSouza.

Totally agree! As you may know,DeSouza wrote and directed Street Fighter! Anyone who wrote that all the characters jump up into the air with a freeze frame saying "Yeah!" is clearly a genius.

But it all seriousness, his caliber doesn't seem to be around much anymore.

I like this movie, but it does have a strange Not Quite Finished feel about it. Thay said, it's certainly better than many of Seagal's movies from the 2000 - 2009 era.

Max Ryan is very watchable, in spite of his character's minuscule dialogue.

As has already been said, the cinematography is the standout feature of this movie, and, in al, it's quite enjoyable.

This wasn't too awful, thankfully better than Kill Switch. Max Ryan should've had his own movie.