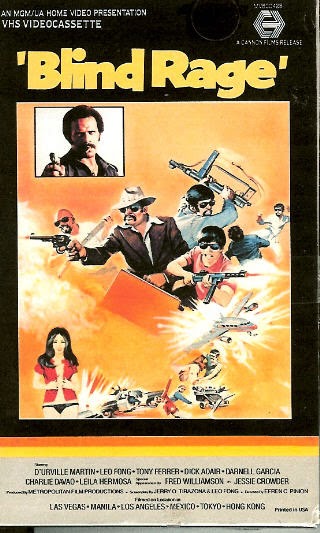 
In the wake of the Vietnam war, the United States plans to send millions of dollars in aid to Southeast Asia, in order to prevent a feared "domino effect" of instability in the region. For some reason, the U.S. government didn't foresee that a criminal mastermind named Johnny Duran (Davao) has hired a woman named Sally (Hermosa) to corral a group of blind men to stage a robbery on the bank where the money is being held. BLIND MEN ROBBING A BANK. That's pretty much it. That is, until Jesse Crowder (Williamson) shows up to get to the bottom of the heist and get justice. Will the blind indeed lead the blind...to a multi-million dollar payoff? Find out today...?

The original Blind Fury (1989), Blind Rage is the original vision impairment-based action movie. While we absolutely fell in love with the concept of the film: namely, a group of multi-racial blindies getting together for a bank heist, a couple of things weigh down the movie as a whole. The main detriment is the slow pace. There are long, extensively detailed scenes of "robbery practice" where Sally teaches the blind boys of Alabama how to properly execute the heist. The other thing is a mixed blessing. It's the inclusion of Fred Williamson. His appearance towards the end of the film rescues the movie from the doldrums, but the problem is, Fred should have been involved the whole time. Let's not forget this is from the same director as Ninja Assassins (1978), the movie where Cameron Mitchell didn't appear until the third act. Maybe that's director Pinon's idea of playing his last ace. 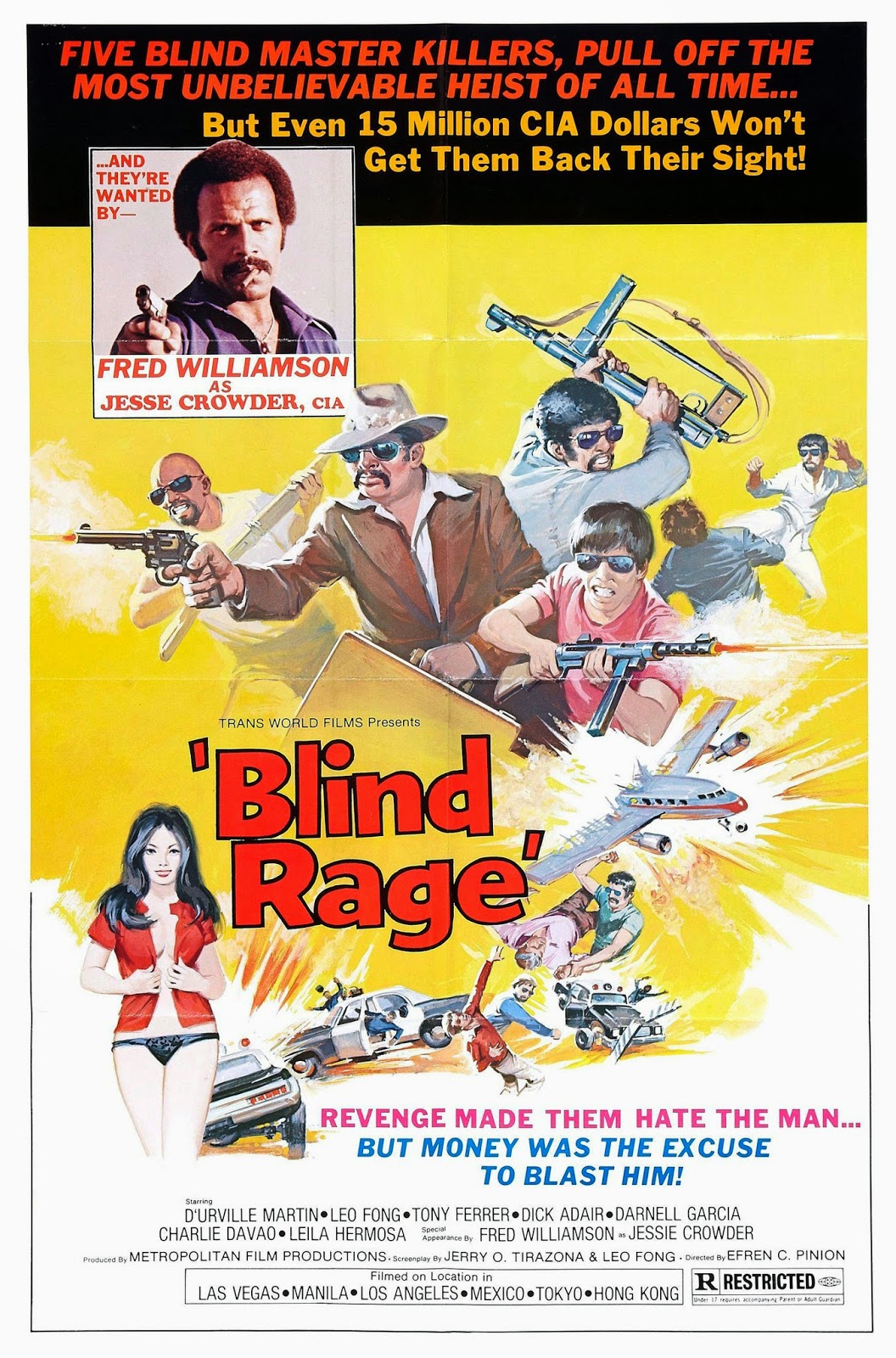 There are plenty of things to admire about Blind Rage, however. The 70's style we all know and love is in evidence, best exemplified by the massive cars that are roughly the size of aircraft carriers. The funk on the soundtrack and the rotary phones reinforce the vibe as well, not to mention the loudly patterned shirts and wood-paneled rec rooms. Speaking of the soundtrack, there's this one annoying high-pitched note that appears at least twice in the movie, and it's so ear-shatteringly irritating, and is held for such an interminably long time, we actually had to hit mute. Hopfully that wasn't Pinon's idea of suspense music. But that one note (not to be confused with the movie's idea) is washed away by the funk, as well as the presences of Fong and Williamson.

Fong plays a guy blinded during a fight with the triads, and Fred is just cool (he even exits a car in an extremely cool manner), but the rest of the acting is hilariously stilted and packed with funny pauses. That alone makes Blind Rage worth seeing, despite its flaws. And let's not forget the immortal credit "Golay as Chan". Yes, there is a man (?) out there simply named Golay. He's obviously the Cher or Madonna of the Philippines. And he played Chan. So now you know. Golay, we hardly knew ye.

Featuring a song we think is called "The System" by Helen Gamboa (Manila's answer to Shirley Bassey?), Blind Rage does have some dull moments and is flawed, but the overall concept and some of the sillier moments make for relatively painless viewing.