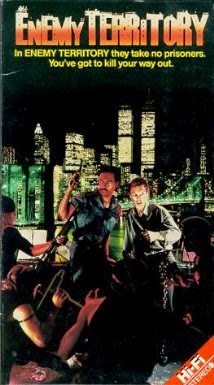 
Barry (Frank), a New York City-based insurance salesman, has been down on his luck lately. But when his boss offers him a policy with a potentially large commission, he jumps at the chance. The only problem is, he must go into the Lincoln Towers, a frightening, dilapidated housing project not exactly friendly and welcoming to his kind (i.e., White outsiders). However, feeling he has nothing really to fear, and needing the money, he goes into the towers.

But it’s not long until Barry discovers that the buildings are controlled by a street gang known as The Vampires, led by an intimidating psycho known as The Count (Todd). His gang members are extremely loyal to him, and when he sends out the order to kill “The White Ghost”, as well as a kind Vietnam vet helping him survive, Will Jackson (Parker Jr.), who the gang calls “The Blood Traitor”, all hell breaks loose. With the assistance of Toni Briggs (Dash) and another Vietnam vet, Parker (JMV), the frazzled Barry is going to learn, over the course of one hellish night, that there are some things in life more valuable than money. Will he ever escape ENEMY TERRITORY?

Enemy Territory is an under-appreciated gem that seemingly got lost in the video store shuffle. More people need to seek this movie out: it’s engaging, intense, and completely worth seeing. Sadly, it was one of Ray Parker Jr.’s only major film acting roles. He probably found it to be an easy transition from serenading us about ghosts to fighting Vampires.

He even predates John McClane in being a barefoot hero in a high-rise. But the movie as a whole isn’t a knockoff of Die Hard (1988), like so many others were at this time. Try to imagine a cross between The Warriors (1979), Chains (1989), Dead End City (1988), Assault on Precinct 13 (1976), Tenement (1985) and The Raid (2011). And coincidentally, Tony Todd would return to the projects with Candyman (1992). So while the movie suffers from the common problem of slowing down a bit and getting a tad repetitive pre-climax, on the whole it’s a solid, absorbing winner. 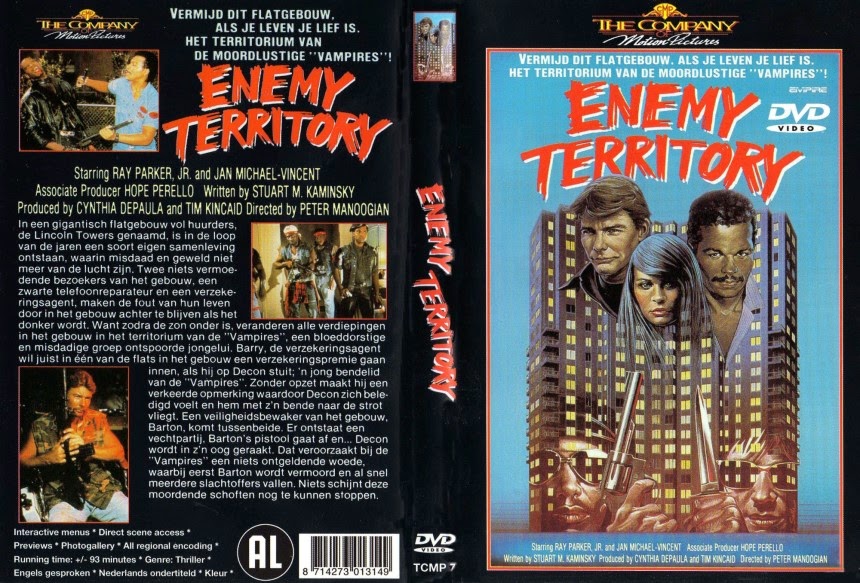 Plus, this was to mark the first and only time RPJ met JMV. Vincent puts in what is honestly one of his best performances of his that we’ve seen to date. He seems angry and focused, and not at all drunk. His role is cool, that of an embittered, wheelchair-bound Vietnam vet who is heavily armed (even his wheelchair is tricked out with weaponry, which, needless to say, is awesome). He even calls Barry “jerk meat”, which must be a distant cousin to Judd Nelson’s immortal “Jerk Beef” of a few years later. JMV is always the trendsetter. Speaking of Barry, Frank did an excellent job in the role, but we also feel Judge Reinhold could have played that part. But then again, Crackerjack 2 (1997) proves that the man can do literally anything. 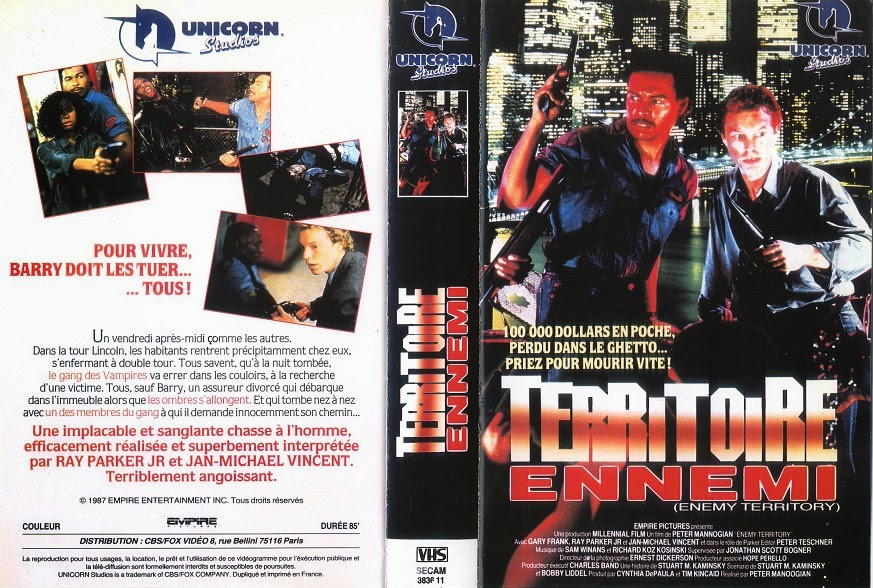 Featuring some great, un-PC dialogue and box art that features the WTC towers prominently, Enemy Territory is from another time in history. A time when movies were actually good. The film has a lot to offer and should be more widely seen. We recommend it.

I love the "people getting chased by a street gang" action sub-genre, the Patrick Swayze movie "Judgement Day" took quite a bit of inspiration from this film as well as others(Chains, Final Jeopardy).

Another film in that sub-genre i'd recommend you check out is "Survive the Night".

I think you mean Judgment Night with Emilio Estevez. Haha. Fun movie. Never heard of Final Jeopardy. Who's in that one?

Yeah my bad, I got the name mixed up with some other film.

I feel the urge to watch this movie as soon as possible. Nice review.

Thanks for the kind words. It's definitely worth watching.