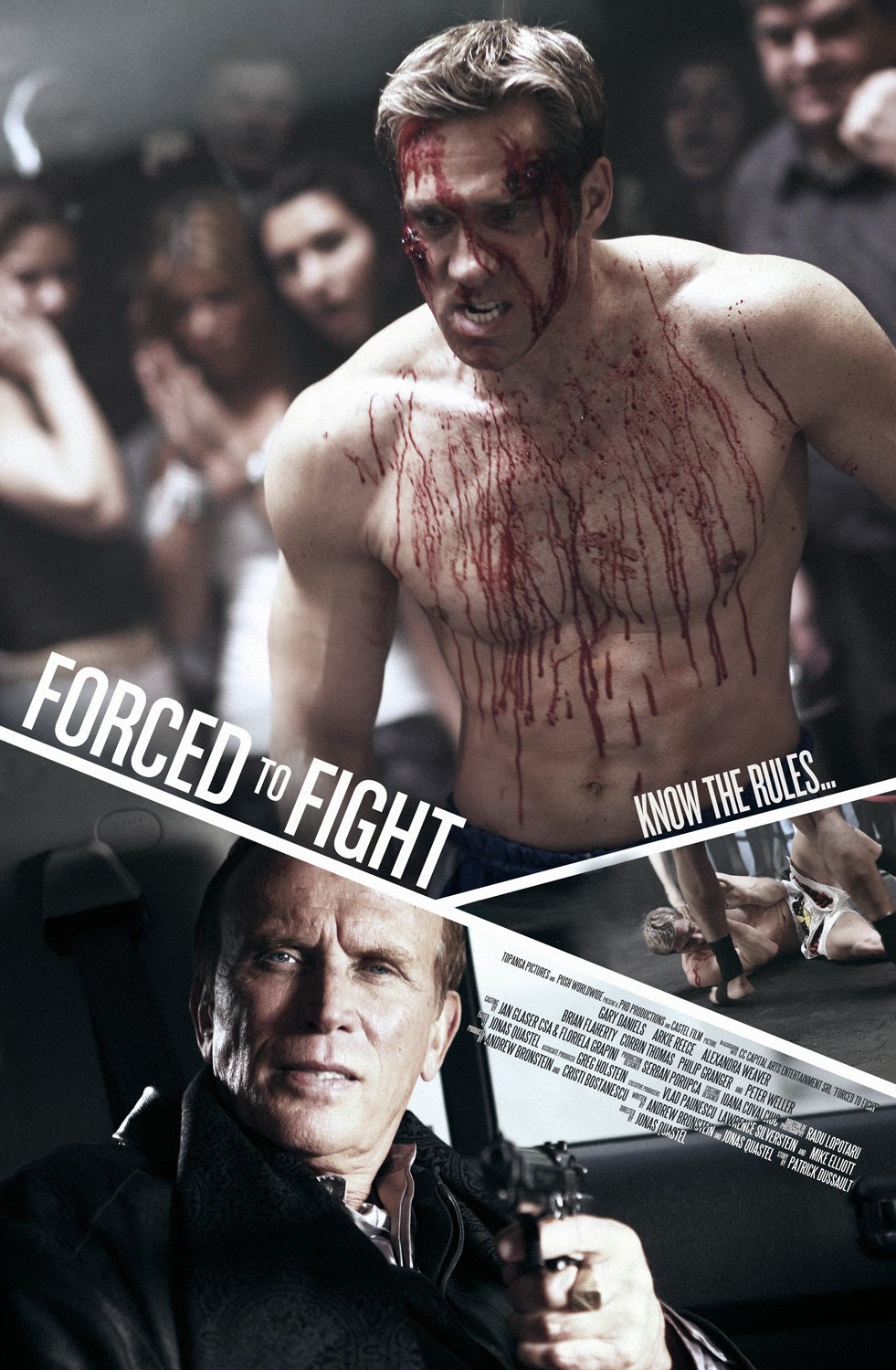 Shane Slavin (Daniels) is a former Punchfighter but now shuns violence and works as a humble auto mechanic. When his brother Scotty (Reece) follows in his footsteps and begins underground fighting for ruthless fight promoter Danny G (Weller), he makes a terrible mistake. He begins borrowing against his fight winnings, and soon he owes Mr. G 64,000 dollars. But he can’t earn it back because G’s goons give him a severe beating. When G approaches Shane about earning the money in lieu of his brother in a “comeback” role, Shane of course says no.

Seeing no other way to earn the money, he’s then “Forced To Fight”. The only problem is, the fight game has become even more brutal since Shane left, and, to compete with younger, stronger fighters, Shane has to train and train to remain in the game. But it begins to negatively affect his personality, and he becomes a jerk to his wife Connie (Weaver) and his son  James (Thomas). What with Danny G forcing him to take dives, and even kidnapping his wife and son, the stakes have never been higher for Shane Slavin. But is he truly forced to fight...or does he enjoy it and now he’s  fighting for his honor and pride? Find out today...

It was great to see an older, wiser Gary Daniels. Especially when he can Punchfight with the best of them. But you also care about his character Shane, who goes from a nonviolent mechanic to the guy who gets “in too deep” and his whole demeanor becomes darker. Whether intentional or not, the theme of the film seems to be that the older fighters have more heart. The younger guys might have flashier moves, more bulk, and stupider tattoos, but Shane Slavin refuses to fight dirty and initially is resistant even to MMA-style floor grappling, insisting he’s a “stand-up” fighter (in more ways than one). Peter Weller then makes a hilarious remark about how it looks gay anyway. 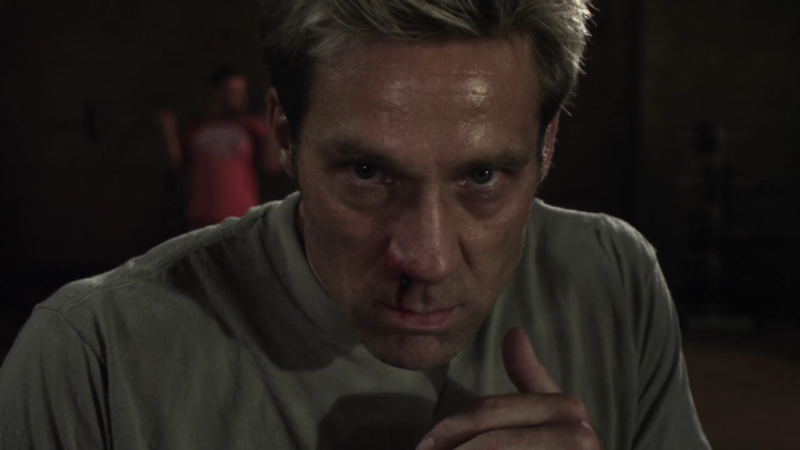 While it is, frankly, amazing that in 2011 Punchfighters of this type are still being made, and we are happy about that, it does kind of make you long for the old days. Probably much like Shane Slavin. Look at a movie like Shootfighter (1992), where fighters had colorful, individual personalities and fighting styles like Boa and Mongoose. Compare that with today where we have a bunch of heartless, soulless, characterless, humorless, merciless thugs as fighters. Screaming fans in the audience no longer hold cash in their hands. Now it’s all done on a computer, and rather than clutching their cash, they now clutch their iPhones. Sure, Punchfighters are still being made, but at what cost?

The presence of Gary Daniels not only keeps the movie afloat, it highlights and underlines this change of the world to a harsher, less fun reality. 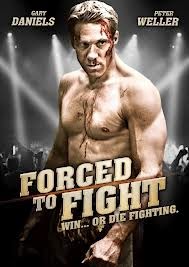 If you watch a lot of Punchfighters (and we assume you do if you’re reading this site) then plotwise, Forced to Fight is nothing you haven’t seen before. It has every single cliche (not meant in a negative way) these movies tend to have. It would be pointless to list them all, because the movie itself is one big cliche.

But movies like this are made for fans who want to see them - hence you can actually SEE the fights and there, mercifully, isn’t a reliance on quick cuts and nu-metal. That’s absolutely to the movie’s credit, but you may get “punch fatigue” towards the end if your tolerance for shirtless, hulking men in small shorts wailing on each other isn’t super high (i.e. if you are a normal human being).

Fortunately, Forced to Fight is, if nothing else, evidence that our beloved Gary Daniels has still got it. That alone makes the movie worth seeing, and the presence of Peter Weller only sweetens the deal. But if some of the things we mentioned earlier turn you off, thanks to the predictability of it all, at least you’ll know what to expect going in.

Also check out write-ups from our buddies, Cool Target and DTVC!

This was pretty average, not one of Gary's finer moments, i'm generally not big on these modern punch-fighting films myself(though I do quite like Nu Metal).

I thought this was a mediocre movie. I have two main problems with it. First, a hero has to be likable, not someone impolite to their family. Second, this kind of movies were better and more fun in the 90s. Anyway, I hope Daniels gets to do more movies after his current Christian phase is over.

Venom: Agreed, the modern punchfighters aren't as good as the 90s ones.

I dunno, I quite liked this one. And I'm digging Weller turning up in these B action films as a bad guy (Danny G in this, and Mister V in Dragon Eyes).

Weller and Daniels were good, the movie around them wasn't. Haha. Weller plays a great villain.

And i fear the german audio. From this distributor it is mostly more than only bad.

Maybe one day you'll watch it. Take your time.