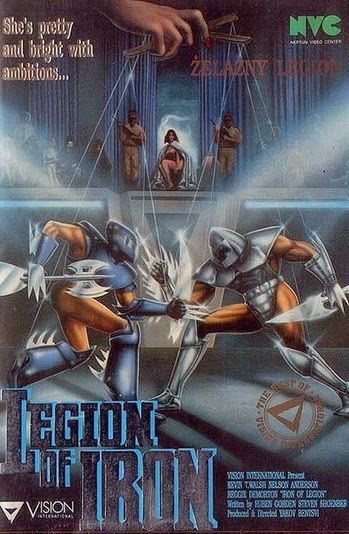 
Much like The Hoff, Billy Hamilton (Walsh) has been lookin’ for freedom. Without warning, and quite inexplicably, this high school football player, along with his girlfriend Alison (Carrigan) are kidnapped and spirited away to an underground complex where the guys are forced to battle it out in deathfights to the death, and the girls are sex slaves.

The whole operation is run by the sadistic Queen Diana (Nann), who clearly derives a lot of pleasure from other people’s misery. Billy then teams up with fellow fighter Lyle Wagner (De Morton) - not to be confused with Lyle Waggoner - but, then, maybe that was the movie’s subtle reminder that it’s at least better than Robo Chic (1990) because Waggoner was in that. Nevertheless, will Billy fight for his freedom, rescue his girlfriend and blah blah blah? Does anybody care?

Another day, another gladiators-fight-to-the-death movie. Sadly, Legion of Iron doesn’t add anything new to the formula we’ve seen so many times before. The whole affair is dour and derivative - not to mention junky and jumbled. Things aren’t established very well and there is zero character development. This movie doesn’t give the viewer much to like or hang on to. Some movies with varying degrees of cult status people still talk about today, like, to pick a random example, The Adventures of Buckaroo Banzai Across the 8th Dimension (1984).

Nobody has ever, or will ever, talk about Legion of Iron in a nostalgic or loving way. With so much competition on video store shelves at the time, even with somewhat similar but far superior offerings such as Fortress (1992) spoiling video store patrons for choice, why would someone pick this crud? If someone gave you the choice for an ice-cold Coke or some flat, homemade syrup, who’s going to choose the syrup? 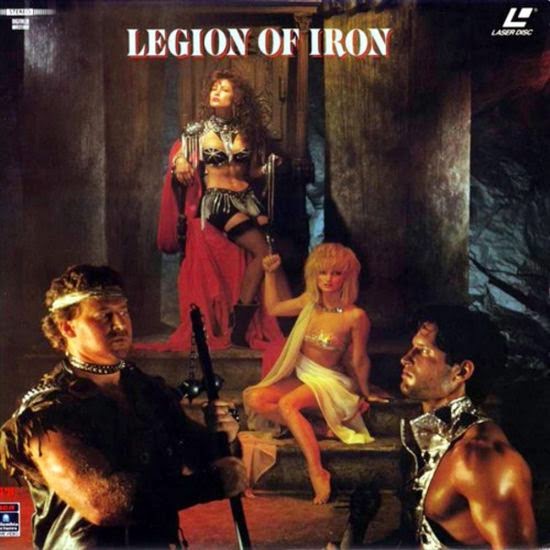 There are signs on the walls that say “sweat saves blood”, patrons yell and place bets via computer rather than shaking the cash in their hands, and with Apple IIc graphics, we are informed that we’re now watching “Mad Dog vs. Rex”. There are meatheads galore, an Ivan Drago-clone whose only real means of differentiation from the evil Russian is that this guy wears a cape, and one of the background fighters, a blonde, long-haired Fabio clone, should have been the main hero, not the whiny and ineffectual Billy.

With the possible exception of the Asian guy (who is barely in it), there are no cool characters or situations. “Billy” has all the personality and likability of particle board, and he’s the hero we’re all supposed to get behind. And his badass, intimidating gladiator uniform that’s meant to intimidate his opponents in the ring? Well, how can we put this gently...if Liberace fought Liberace in a gladiator fight, Liberace wouldn’t wear this outfit. It consists of bright silver short shorts and bedazzled football protective gear. We kid you not. Somehow, this is all done with a straight face. No pun intended. We’ve seen more heterosexual attire at the San Francisco gay pride parade. We think you get the idea.

Legion of Iron not only has no re-watchability factor, it has no watchability factor. The cutting is an eyesore, the sets are dreary, the plot/dialogue is nonexistent, and the pace is sluggish. Any one of those things wouldn’t, on its own, sink the movie, but taken together, this ship starts to take on too much water. It seems worth noting that the great Isaac Florentine worked on this production. Maybe this is where he learned what NOT to do. We would say to avoid this tiresome and unnecessary production.

Also check out a write-up from our buddy, The Unknown Movies!

I thought this film was OK, Carrigan and Nann were both pretty good.

Have to disagree. This is was one of the toughest sits we've seen in awhile.