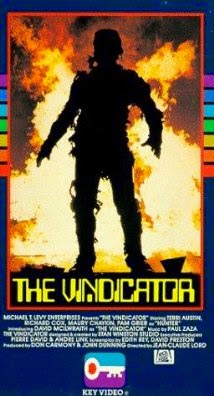 
A scientist/researcher, Carl Lehman (McIlwraith) is in a bit of a bind. He has a loving wife, Lauren (Austin) who is pregnant with their first child. But also he was horribly disfigured in a lab accident, presumed dead, revived and put in an indestructible bodysuit, and is on the run because he is programmed to kill against any sort of human will he has left. So you can see his predicament.

Diabolical scientist Whyte (Cox) hires a bounty hunter of sorts, named, naturally, Hunter (Grier) to stop the man they now call "Frankenstein". But after this modern-day Frankenstein (see the movie's alternate title) beats up some street punks in an alley, we see what he's capable of. Through all this mess, he still communicates with his wife by speaking via the family synthesizer! And what does the Chris Christie-like Burt Arthurs (Chaykin) have to do with all this? Will Frankenstein come "unbound"? Find out today... 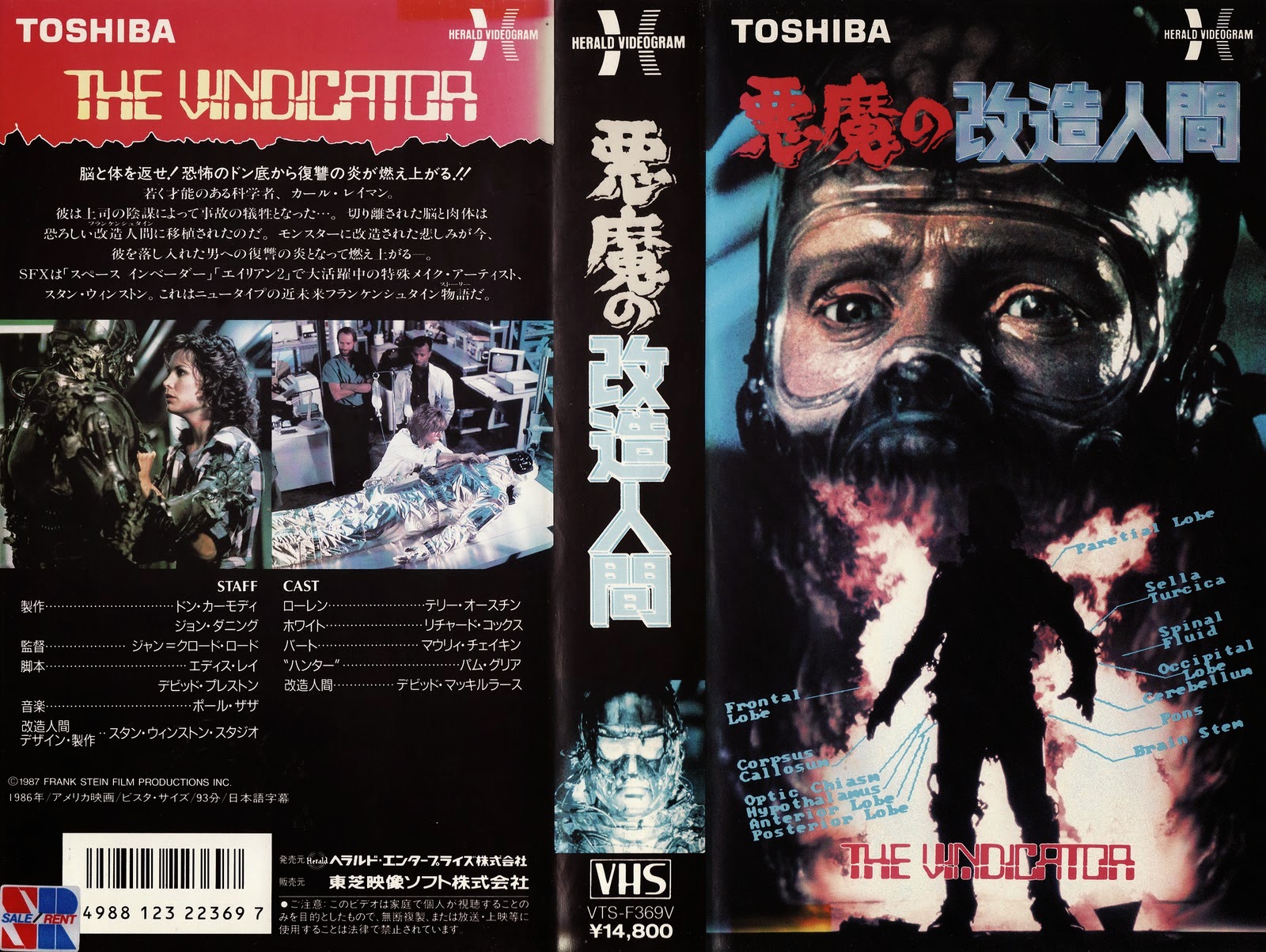 Not to be confused with The Exterminator (1980), The Terminator (1984), Eliminators (1986), The Revenger (1989), or The Punisher (1989), THE VINDICATOR is a highly comic book-influenced sci-fi actioner that wears its Canadian heritage on its sleeve with pride. Director Jean-Claude Lord proves there's more than one guy named "Jean-Claude" in the movie industry that we should be aware of. He imbues the project with an intelligence that keeps the viewers' interest.

He seems pretty influenced by his compatriot David Cronenberg, but Lord's approach to some of the same themes Cronenberg has tackled is much more populist and aimed for the heart of the video store market. While on the one hand, Carl's "body horror" and his examination of his own humanity is reminiscent of Cronenberg, Pam Grier with a super soaker-like weapon shooting people in a sewer as cars blow up really isn't. 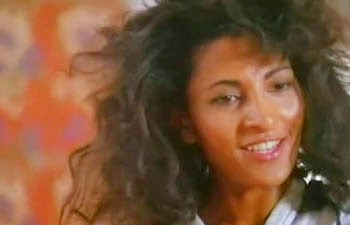 The most obvious parallel we can see to The Vindicator is, of course, Robocop (1987), which came out the following year, which is extremely interesting. The Vindicator came first, much like Greedo's shootings. But the sewer scenes recall yet more movies, C.H.U.D. (1984) and Alligator (1980) - Pam Grier's character is reminiscent of Henry Silva's in the latter movie. So it's fair to say The Vindicator is an amalgam of many different sci-fi/fantasy/horror/comic book ideas from years past.

Thankfully there are enough of these ideas so that the filmmakers and cast can make it work. This is a movie that is filled with as many strange situations as it has strange-looking people. It was from a golden time when scientists smoked and cops shot monkeys with abandon. Also there's a line of dialogue about "3000 free games of Zaxxon", totally in keeping with our perspective today as the movie as retro-futuristic.

Released by Key video back in the good old days of the video store, The Vindicator has a certain unorthodox appeal and is worth seeing.

Re-watched this again a little while back: still holds up as a cheap-jack Robocop cash in with plenty of B-movie madness!

Man I love this movie! I like to compare it more to a Frankenstein tale, rather than Robocop. I think R.O.T.O.R. would be more of a Robocop influenced film than any, just made terribly, but man is it fun to laugh at. I remember The Vindicator when it first hit VHS and owning it back in the day. That scene where he bursts out of the incinerator is just MAGIC! Did you know Stan Winston did the effects?! Cool, underrated movie for sure. Glad you liked it! Great review guys!

RobotGEEK: Thanks! Also thanks for mentioning R.O.T.O.R. We all love Willard The Robot, Coldyron and the gang.