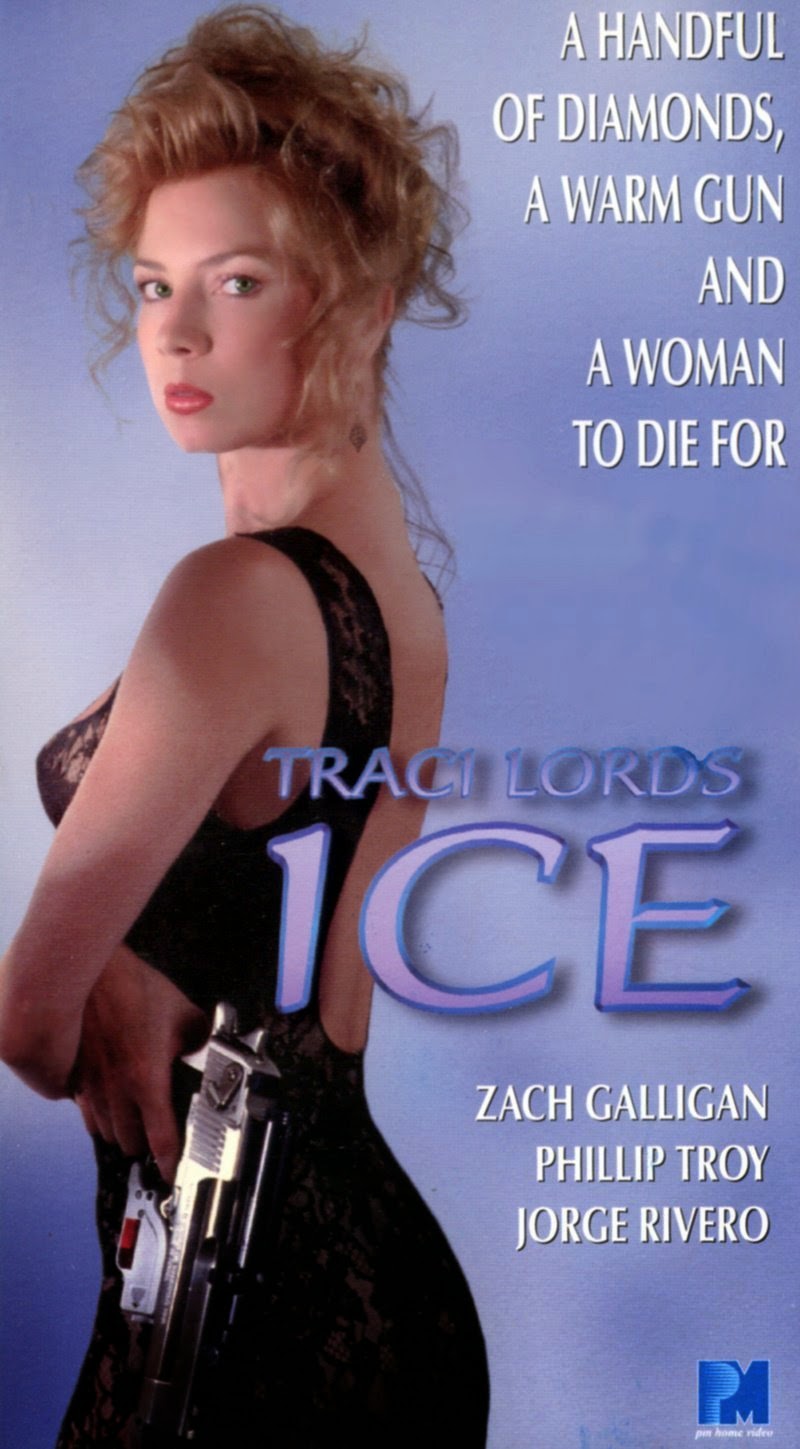 
Ellen and Charley Reed (Lords and Troy, respectively) are a happily married couple, and also a couple of diamond thieves. Their latest heist job has them breaking into the estate of mobster Vito Malta (Rivero) and nabbing his stash of jewels, reported to be worth over sixty million dollars. Complications arise when Vito sends his goons after them, two detectives, Prine and Little (Levine and Alba, respectively) also go after them, and even more mobsters…go after them. Ellen must reluctantly turn to her brother Rick (Galligan), a fast-talking slickster with a gambling problem, for help. She also has to contend with the advances of Det. Little, who naturally has a romantic interest in her. Who will get away with all the ice without getting iced?

Ice is okay. It’s nothing great, though it does have its moments. Thankfully, the outing as a whole isn’t overly “heist-y”, and delivers some action moments. This is a PM, after all. So Pepin and Merhi probably felt that they would be remiss if, even though this is ostensibly a heist movie, it didn’t have multiple car blow-ups, car flips, an exploding helicopter, shootouts, neck snaps, a weapons-supplying “Machine Gun Joe” character, and of course a guy screaming his brains out while shooting a machine gun. And let’s not forget the utterance of the line “We got company!” and the time-honored sax on the soundtrack. 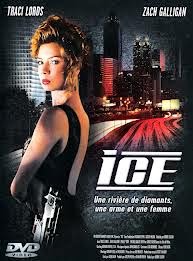 Jorge Rivero even gets a scene to do what he does best, fist fight. He was Fist Fighter (1989), after all. This is to be distinguished from Punchfighting, because the goons surrounding the fight are not wagering/clutching cash in their hands. Sure, the scene is a gratuitous time-filler meant to add some brainless grappling to the proceedings, but the guy Rivero fights is a Van Damme clone, Lionheart (1990)-era to be precise. Even Lords gets to do some Traci- Fu, and it’s really not bad, thanks to the help of Art Camacho.

Thank goodness for independent companies in the video store era like AIP and PM. They truly gave Traci a home when she needed it most. No one ever gives them any credit for that, and Traci does indeed rise to the occasion, utilizing her strict post-adult-career “no (real) nudity” policy to show she can do other things. If nothing else, this movie is a showcase for her sourpussed, sulky beauty, and, let’s be honest here, that’s the reason we’re watching ICE in the first place, right?

In the not-Traci Lords acting department, the guys that play the two cops actually have a very good chemistry, which again very few people are bound to appreciate. Zach Galligan seems to have a smarmy good time playing the brother that’s constantly bickering with his sister/partner, another classic cliché herein. But it wasn’t all stuff we’d seen before: we greatly enjoyed the ice skating rink shootout, that was new to us. Though to be honest, even that didn’t live up to its full potential. There should have been more baddies slipping and sliding around as they tried to shoot their targets. But still, it was a good effort.

Ice is decent, if a tad sluggish, and the main song, “Stand Tall or Fall” is by a band called Lost Art, and NOT sung by Traci herself, as we were hoping. Her character is even supposed to be a nightclub singer in the movie, and she did have a real-life recording career, so it wasn’t far-fetched to believe she might do some singing on the soundtrack, but sadly no.  PM and Traci fans will get something out of it, and it’s a masterpiece compared to Laser Moon (1993), but for the average viewer, Ice is adequate.

Also check out write-ups from our buddies: The Unknown Movies and The Video Vacuum!

I agree. This was much better than expected. I bought it in a 4-pack together with The Killing Zone, Direct Hit and Firepower. Firepower turned out to be the best of the bunch. One has to love PM.