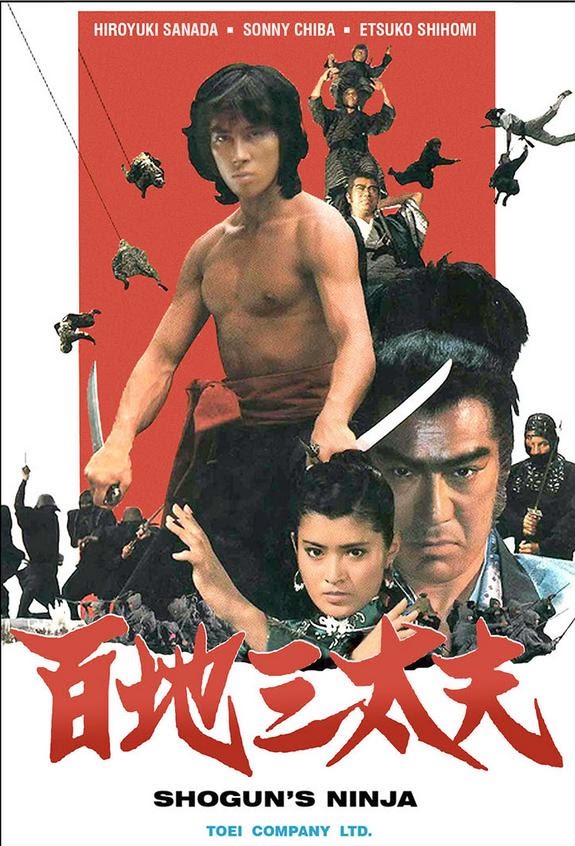 
Set starting in 1581 and going on, Shogun’s Ninja is the tale of Takamaru (Sanada), a member of the Momochi clan. He returns to his native Japan after a period of time in China, where it seems he spent the majority of his time studying Martial Arts. Once home, Takamaru reunites with his old buddies.

But far from the peaceful return he had envisioned, he runs up against Hideyoshi (Koike), an evil warlord who wants to wipe out what remains of the Momochi clan so he can arrogantly assume even more power and land. His enforcer Shiranui (Chiba) is going to help make sure that happens. Of course, Hideyoshi also wants a cache of gold belonging to the Momochi clan (gold always comes in cache form, don’t’cha know) and the key to finding where it is lies on cleverly etched daggers. Meanwhile, Takamaru tries to rekindle a romantic relationship with Ai-Lian (Shihomi) - all the while utilizing his pals to fight through all the betrayals and get revenge and restore the Momochi clan. Will he do it? Find out today!

Shogun’s Ninja is an artifact well worth seeking out. It has an impeccable pedigree: produced by Toei, it stars Japanese cinema legends that even we ignorant Americans know and love: Henry Sanada, Sonny Chiba and Tetsuro Tanba. It’s directed by the legendary Noribumi Suzuki, a man with an amazing career in the Japanese film industry, and well-known to exploitation fans stateside for releases like Sex and Fury (1973), Convent of the Sacred Beast (1974) and the disturbing Beautiful Girl Hunter (1979).

Fascinatingly, Shogun’s Ninja was his next movie after Beautiful Girl Hunter. Not only does that show the diversity and talent of Suzuki, but you can imagine that he would bring his own unique sensibility to whatever project he’s working on. Hence, Shogun’s Ninja is about as far from a dry historical slog or standard ninja slog as you can possibly get. It’s filled with stylish and interesting moments, and not just the violent bits. 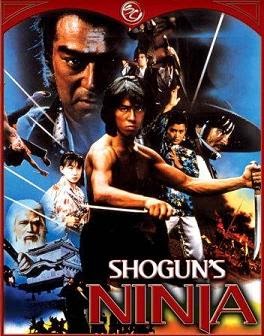 And while this is a very well-directed period piece, with top-notch costumes and sets, it doesn’t skimp on the ninja action. It even has one of our favorite ninja things, the underground ninja. Suzuki brings his quirky vision to all aspects of the movie, including the action, so not only is there plenty of spinning, flipping, swordplay, nunchuks, and the like, but there’s some dancing and twirling in there as well.

There is an interesting credit to watch out for: “Actions directed by Sonny Chiba” - not action. ACTIONS. So maybe he’s responsible for the dance moves. But there is some trapeze-like tightrope walking as well, and even Chiba couldn’t have been responsible for putting it in slow motion with a smooth jazz soundtrack over it. Probably one of the coolest aspects of Shogun’s Ninja is the soundtrack. Now we know that people, starting in the 16th Century, loved jazz funk. It may seem out of sorts, but it’s just so awesome. It’s innovations like this that set this movie apart, and keep Suzuki at the forefront of Japanese directors at this point in time.

Even a movie like this isn’t adverse to having genre mainstays like the Prerequisite Torture sequence and the training sequence. If you liked The Ninja Wars (1982) - a similar movie that also stars Sanada and Chiba - you’re going to want to check this out.

There’s even a man named “Go Awazu” credited on the movie. He must be a lonely guy. In the U.S., Shogun’s Ninja was released by Media on VHS back in the day. In the DVD era, however, it has shamefully fallen into the clutches of the makers of those one-dollar gas station DVD’s. The movie deserves much, much better. A cleaned-up, widescreen, subtitled, high quality DVD would do wonders for this movie’s reputation. It truly deserves a better treatment than it has gotten. But that being said, if you happen to see it somewhere, pick it up. It’s definitely worth it.

Also check out a write-up from our buddy, 10k Bullets!