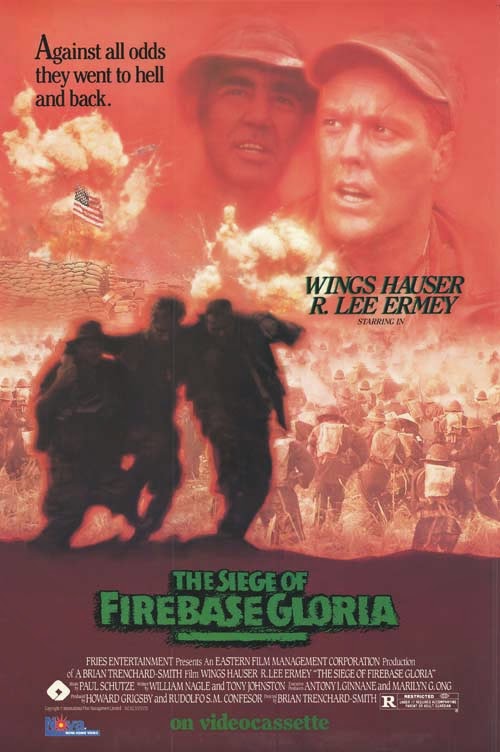 In the thick of the Vietnam war, Sgt. Hafner (Ermey) is told to defend Firebase Gloria against the Viet Cong at all costs. His top man, Di Nardo (Wings) is there to back him up. But due to the dangerous and precarious situation, and the many obstacles the men face, Di Nardo begins to crack. The jaded Di Nardo’s faith in humanity seems somewhat restored by his growing love for a young Vietnamese child he rescued, who he nicknamed Peewee, but the enemy is on the move, and even idealistic medics like Flanagan (Gerard) will have to challenge their own assumptions about the world. The men and women at the Firebase are simply Americans forced to deal with extraordinary circumstances. Can they do it?

Brian Trenchard-Smith does it again! This amazing director, who gave us sparkling gems such as The Man From Hong Kong (1975) and Stunt Rock (1980), among so many others, here turns in a top-notch Vietnam tale. The 80’s was seemingly in the midst of a Vietnam movie boom - films such as Platoon (1986), Full Metal Jacket (1987), Hamburger Hill (1987) and Casualties of War (1989) appeared in the mid-to-late 80’s, giving filmmakers, particularly writers and directors of a particular age, an outlet to finally look back and process what happened after the passage of a certain amount of time.

Apparently it was all kind of a collective nostalgia of sorts, as all these movies appeared at the same time, and all of the above-mentioned movies went to the movie theater. So naturally it wasn’t long before the DTV crowd came to reap the benefits, and more modest, lower-budget ventures began to appear, perhaps best indicated by director Cirio Santiago, who spent a decent chunk of his career making jungle slogs typified by the likes of Firehawk (1993) and Eye of the Eagle III (1989). Thankfully, ‘Siege is closer to those theater-ready efforts than the latter DTV ones. 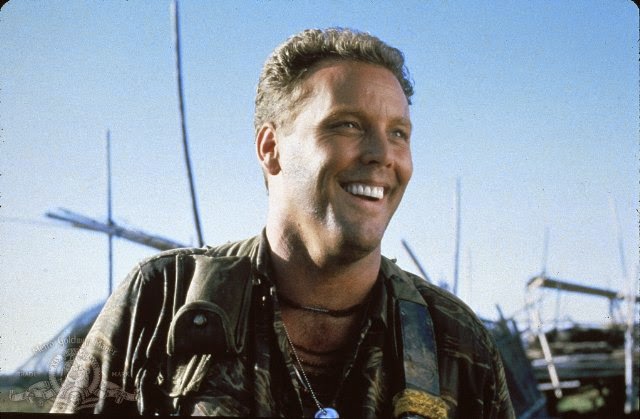 With Trenchard-Smith at the helm, and with Wings front and center, backed beautifully by Ermey, Nicholson, Strzalkowski, and the rest of the cast, it can’t fail to be a thoughtful, well-made, entertaining movie that is patriotic, but not obnoxiously so. It simply shows the soldiers in Vietnam as real, human men, put in an impossible situation, against insane odds, and attempting to survive and return home to their families.

Add to that some firefights and war violence, and what more can you ask of the movie? It shows clearly the hardships the U.S. faced, and with the presence of Ermey, adds that much more authenticity (It’s funny how people live up to their name - R. Lee Ermey is very close to “Army” - did his parents decide his future once he was born?). Trenchard-Smith and the gang were clearly going for realism, not Hollywood bravado, and this is, in part, why The Siege of Firebase Gloria, while released in the golden year for video stores, 1989, has withstood the test of time so well. 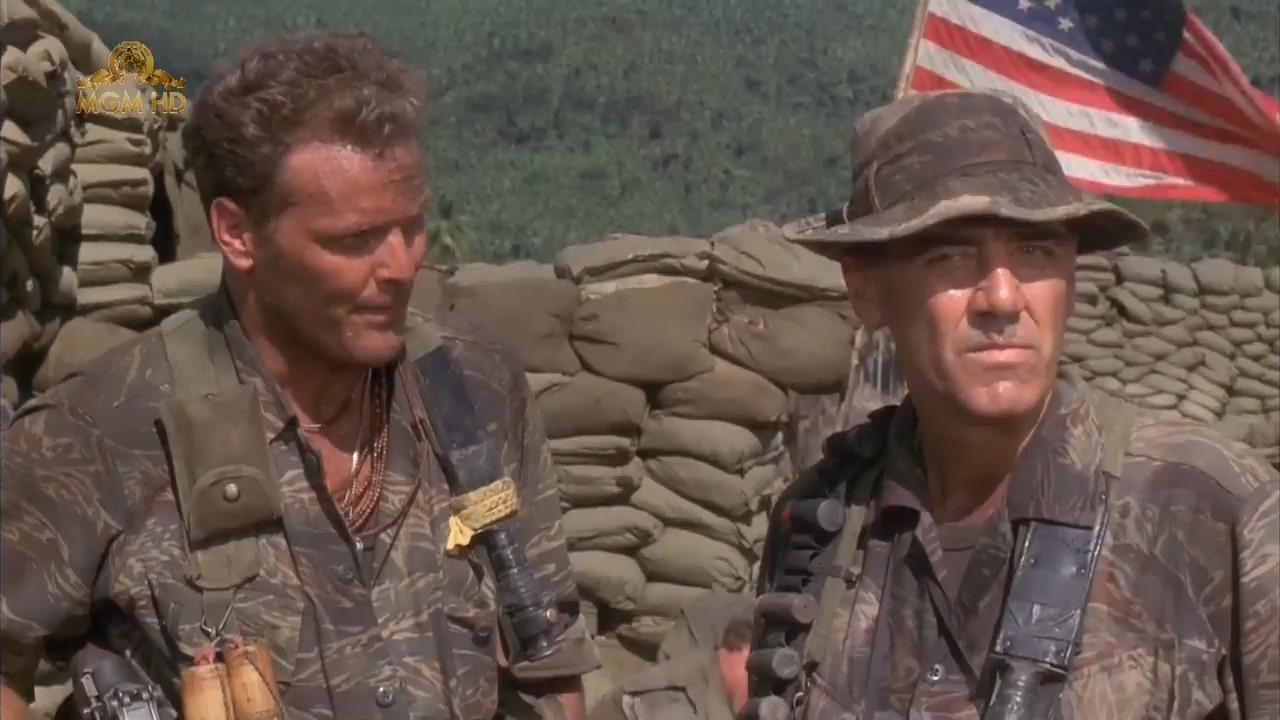 The cast of the movie, especially Wings, were probably happy to be involved with a significant, substantive piece like this, as opposed to a lot of the crud they’re probably normally offered. Thus, Wings shines in his role. In a career of great roles, this one stands out as among his best.

But he’s almost upstaged by someone we just heard of from this movie - an actor named Gary Hershberger, who plays Moran. Hershberger is great in the role, proving you don’t have to be a Hollywood big shot -  if you’re good, you’re good and you stand out. We always tout working actors like this - there are so many out there that are good quality actors, but are never talked about in the tabloids or sit and talk to Jay Leno. God bless Hershberger, M.C. Gainey, Jerry Wasserman, Marco Rodriguez, Barry Flatman, Wynn Irwin, and their ilk. They, in large part, are what keep movies and TV shows of the good quality we’ve come to expect and take for granted.

Released by Fries home video, whose track record of what they were able to put on video store shelves was hit-or-miss at best, scored a definite hit by acquiring this one for U.S. video release. The Siege of Firebase Gloria is indeed glorious. A winner.

This was pretty good, real life vietnam veteran Michael Lee Lanning spoke highly of this film in his book "Vietnam at the Movies" praising it for it's accuracy.

This is great! I bought this movie on VHS last year without knowing anything about it, and it's just been sitting on my shelf. Guess I'll have to put it in and check it out now!

Venom: Very interesting about the book. Happy he liked it.

Harry: Got to love Wings! He usually delivers the goods.

Joseph: Nice! Solid Vietnam flick. Definitely write back and tell us what you thought of it.

Always wanted to watch it but somehow never did. This time seems I'm gonna give it a try.