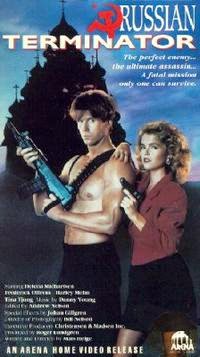 Where do you even begin with a gem like this? It’s one of those weirdly nonsensical movie experiences that make discovering obscure films worth doing. The plot is kind of incidental to the nuttiness, but essentially a group of kidnappers led by Alexandra Danfort (Ljung) is on the loose and a man known only as “Eve’s Dad” (Earle) hires the one man that can shut down the operation and find their captives: Mark Robinson  (Offrein), a dead ringer for The Gambler, Kenny Rogers.

Though getting on in years and working now as a fashion photographer, Eve’s Dad is convinced he’s the hero that can handle the job. Robinson teams up with Eve (Michaelsen) and her friend Phil (Melin) so they can stop the violence the only way they know how...with more violence. Of course, the one thing they didn’t count on is awesome dude on the loose THE RUSSIAN NINJA (Cederblad)! What the heck is going on...and can we see more? 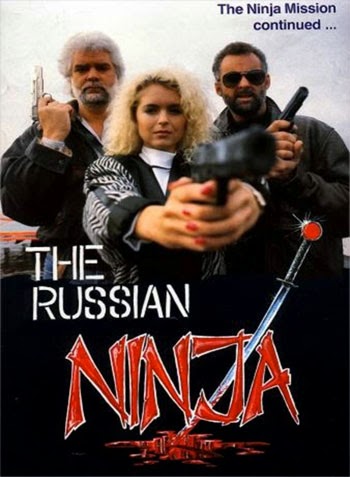 We’re beginning to think writer/director Mats Helge is an unheralded genius. It takes a certain type of sensibility (or should we say insanity) to pull off a concoction like this. Sure, he’d mastered the slasher movie with Blood Tracks (1985), but in 1984 he turned his demented attention to the then-current Ninja Boom with The Ninja Mission (1984). After the surprise success of that outing, he went back to the ninja well in the golden year of 1989 for this, and with improved results, in our opinion.

Evidently figuring that ninjas didn’t have to be Japanese, or even be from his native Sweden, he inexplicably made the ninja in question Russian, of course, and magic ensued.  As the RN’s (that would be Russian Ninja, not Registered Nurse, just to be clear) ultimate nemesis, Helge went with a stylish and high (?)-kicking grandpa, i.e. the Kenny Rogers guy, henceforth to be referred to as Kenny. It was an inspired choice. 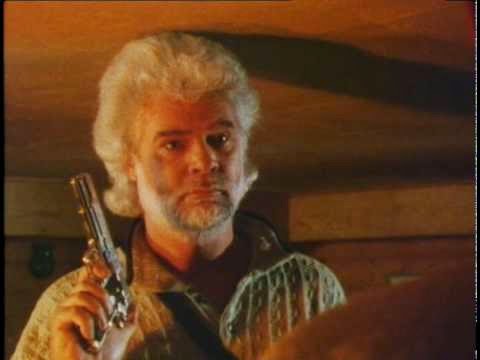 When Kenny tells his equally-stylish wife about his new mission, he simply says “some guy hired me”, and off he goes. “Some guy” is “Eve’s Dad”, and his mustache makes Groucho Marx’s look convincing. The man with the awesome/fake ‘stache is played by Timothy Earle, of the great Wardogs (1987) fame. This “guy” sure knows how to pick his roles. It’s all a blur of totally 80’s clothing, music, home decor, and thick accents, and if you look up “Eurotrash” in the dictionary (which is needlessly insulting - how about EuroGem?), there might be a picture of the VHS of this movie.

That being said, at one point Phil says, while trying to figure out who the baddies are, “Are they foreign people...from EUROPE?” This is one of the funniest lines in the movie, because are they seriously having us believe they’re not the most European people ever? Is this supposed to take place in America? Presumably lost-in-translation character names like “Alexandra Danfort” and “Phil Davids” would indicate so. But it truly is a case of “no coherence, no problem” as we wouldn’t want it any other way. Might as well just keep piling it on. 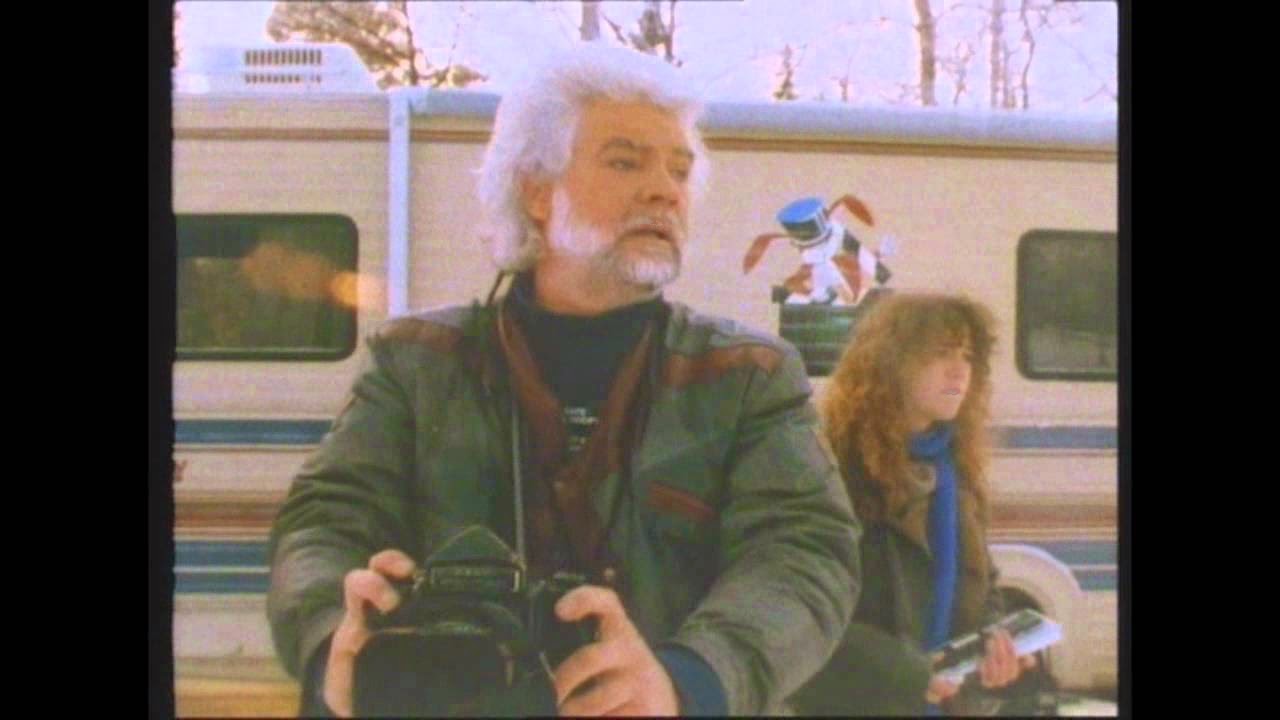 Even with all the pleasantly-absurd nonsense on screen, it still gets strangely talky at times, as if any of it mattered, and when Kenny is not on screen, the movie suffers. This “kick-ass grandpa”, with his geriatric punches and jumps, put many younger stars to shame. That would have been enough for one movie, but we also have Magnus (AKA Adent) Cederblad as the Russian Ninja. This guy rules. You just have to see him. And as for Phil Davids, he wears boxing trunks in the hot tub in lieu of a bathing suit.

The whole outing is very fun, and the title The Russian Ninja surely was meant to capitalize on the hot ninja trend of the day, and right at the edge of the Cold War. If there could be an American Ninja (1985), surely there could be a Russian Ninja as well? The cherry on the sundae is during the credits, there are highlights from what we just saw. Excellent. Released on at least three labels in the U.S. during the VHS era (Arena, Xenon and Ariztical), Ninja Terminator (or the Russian Ninja) is pretty much the definition of a diamond in the rough.

First of all, allow me to state that Mondays suck, but this review absolutely does not!

I had never heard of this before the review, but it certainly sounds like a gem.

I would love to be a fly on the way during the audition process when "Kenny Rogers" walked in to read and was cast. It looks like the whole movie was shot for less than $1,000.

My mind is blown by the Russian Ninja/American Ninja comparison. (Let's all state the obvious that Joe Armstrong could wipe the floor with that guy.)

Here's the trailer in case anyone wants visuals:

Thanks again for the great work. Nice job, as always.

Thanks again for the kind words. We appreciate it. Kenny and Joe rather than be rivals, should team up (Miami Connection style) against the ninjas. It would be the ultimate team-up.

Thanks for your article which is really funny. But it seems that "Ninja Terminator" is a different movie (1985 Godfrey Ho's classic), and this one is also knows as "Russian Terminator"...

I'm Russian, by the way. But human.

Hi! Thanks for the nice words. Happy you enjoyed the review.