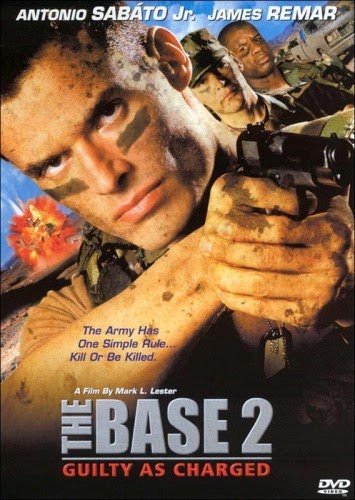 Lt.Col. Strauss (Remar) seems like your typical gruff, hard-nosed Army man, but there’s a sinister secret behind the goings-on in his unit. It seems certain soldiers are disappearing under his command. In order to maintain his iron grip, he has a small, tight-knit group of underlings who he barks his orders to.

To the relief of everyone, they’re a multi-racial outfit, with the token Black guy, the token Asian guy, the token White guy, and the token Woman...guy. When not posing for Benetton ads, they do the bidding of Strauss. Usually that consists of taking the person they have convicted of some kind of moral offense, bringing them to the woods, and forcing them to reenact scenes from Surviving the Game (1994).

So an Army investigator, Lt. John Murphy (Sabato Jr.) goes undercover in their unit to find out what’s going on. Thankfully, he poses as a guy with the awesome name Lt. Hawks, dons his sunglasses, and gets on his Harley in order to detect justice. If he didn’t go undercover as the ultimate coolguy, he would never get results. But will he?

The Base 2: Guilty As Charged pretty much exemplifies the inevitable slide into DTV oblivion for the action movie industry in general, and director Mark L. Lester in particular. Having started his directorial career in the early 70’s, to action fans the world over he became known for Commando (1985), during the golden 80’s when action was everywhere and could seemingly do no wrong.

In the 90’s, he directed back-to-back Comeuppance Reviews classics Showdown in Little Tokyo (1991) and Extreme Justice (1993), and things were looking promising. But the cracks were beginning to show after he directed the first installment of The Base (1999) when he turned in the cringe-inducing Hitman’s Run (1999) the same year. and then in the 2000’s, he eked out Blowback (2000), with James Remar, then teamed up with him again the same year for the movie up for review today. While it is impressive what Lester can do with a low budget, TB2:GAC (as all the real fans call it) certainly feels low-budget in every way. At this point in time, he was a long way from Alyssa Milano and Arnie promising to kill you last (but lying, of course). Here, the lead is Antonio Sabato, Jr. 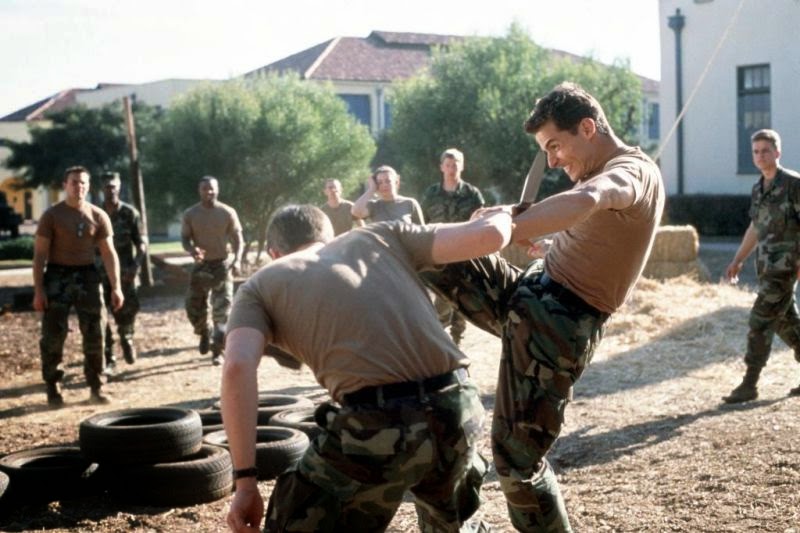 Sabato is perfectly serviceable in the lead, and we certainly don’t want to bash the guy. But sharing the screen with him is personal hero and American Treasure Deron McBee (AKA Malibu). Sadly, he’s only in a few short scenes, but he does indeed shine in them. He plays a raging redneck named Cletus (though that may be redundant - how many MIT professors are named Cletus?). Remar essentially keeps the movie afloat, and there would be no women in it if Melissa Lewis as Lee didn’t happen to be involved.

Of course, there is the Prerequisite Torture of the hero, plenty of highly unnecessary yet perfectly welcome blow-ups (the best kind?), much gun-shooting, and lots of dumb-guy hand-to-hand fighting every couple of scenes, just to make sure what remains of the plot doesn’t get in the viewers’ way too much.

So while The Base 2 (or al-Qaida 2 as its terrorist fans call it) is more or less an inconsequential DTV trifle, it’s just entertaining enough while it lasts. Why is there a sequel to The Base? Heaven only knows. Even Dacascos said no thanks to a second go-around. But Sabato Jr. makes sense in the shoe-filling department. He even resembles Dacascos in a few scenes. The movie certainly won’t tax your brain cells (though it may deplete a few), and there are definitely worse things out there, but it doesn’t stick to your ribs like a good, satisfying meal. Much like Sgt. Hawks, it does its job and moves on.

White Rush was flawed fun for sure. Avoid Lady Jayne Killer as there's hardly any action and the action by everyone is horrendous.

Night of the Running Man and Hitman's Run can both be enjoyed if one ignores the horrid cliches and obvious stunt doubles in either one. The latter's main issue is Damien Chapa though ;).

We definitely didn't like Hitman's Run. We hated that stupid kid Eric Roberts was saddled with.

Enjoyed Night of the Running Man and White Rush though. Never saw Lady Jayne Killer, but based on what you just said, will keep avoiding it. Haha.

I don't even remember the kid in that film, so he must not have annoyed me.

Oh, yeah, the family was a drag and unbearable in Hitman's Run. Really, had it not had Eric Roberts going akimbo at the end as well as a few intentionally humorous segments and other gunplay, I'd hate it even more.

Venom: You don't remember Esteban's sleeveless sweater and annoying voice and presence? Good job at blocking it out! Wish we could. Haha.

Jeff: You get it. The kid was lame, but Eric Roberts tried his best. If it was like John Wick, this could've been a fun movie to recommend.

I guess the kid was trying to see if he could annoy the audience more than Damien Chapa (which is probably why his career didn't pan out much afterwards, or did it?).

Chapa hasn't done much at all after Blood In, Blood Out. I think he's tried to emulate that success though. Haha.

I recently saw 2007's ''Mexican American'' on Hulu and it's directed by & stars an obese Damien Chapa. It's got everything: him making out with someone half his age & who clearly doesn't find him attractive; every other line is "FU", the film refuses to show much action let alone find a consistent tone (are we honestly supposed to take this seriously) and has Joe Estevez as the leader of a Mexican-Nazi cult (yes, you read that right!).

As with any bad movie, it is worth it just to see Joe do his usual scenery-chewing villain take as well as embrace the awfulness to behold. So in terms of an actual movie, it's a -100/10 but on a delightful bad movie scale, it'd rank as an easy 7/10.

Sounds hilariously awful! Will have to check it out one of these days.

You won't believe how such material gets made after seeing this.

Haha! Thanks for the link.