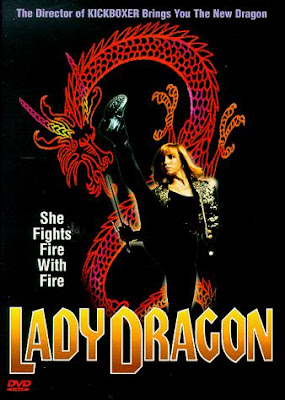 
Kathy Gallagher (Rothrock) thought she had it made in life. She had a good job as a CIA agent, and was just married. Her world gets turned upside down when super-evil arms dealer and Martial Arts expert Ludwig Hauptman (Norton) kills her beloved husband. Now on a revenge mission to kill Hauptman, she’s living in Indonesia and earning her living as a Punchfighter for a ringleader named Chin (Damsyik). Just when she thinks she’s got him, the ever-sinister Hauptman rapes her and beats her within an inch of her life, then leaves her for dead on a country road. There she is nursed back to health by a young boy (Tangkilisan) and his kindly but mute grandfather (Burnama). She ends up forming a strong, even familial bond with them, and she trains there for the final showdown with Hauptman. After infiltrating his corporation, she finally gets that chance. Will Kathy succeed?

In the Cynthia Rothrock/Richard Norton team-ups of the past, they were on the same side, working together as good guys - think Rage and Honor (1992) and Rage and Honor 2 (1993). Here, they are mortal enemies and they’re fighting against each other. It’s an interesting change-up, but we prefer to see them join their forces. That said, they are two of our favorite action stars, so it’s great to see them both onscreen in any configuration. Richard Norton even gets to say “Show me the money!”, pre-dating Jerry Maguire (1996) by many years. But does he get any credit? Both of them get to display their Martial Arts prowess, the movie doesn’t skimp in that department. There’s other action as well, including your classic “Fruit Cart” chase.

Lady Dragon was directed by David Worth, the man behind Soldier’s Revenge (1984), Kickboxer (1989) and Chain of Command (1994) - and the plot here is very similar to his Kickboxer, what with all the rural training sequences. But Cynthia Rothrock has too much dignity to do a wacky dance in a roadside diner, that’s pure Van Damme. The film itself opens with a warrior crying out a mighty “YAAAaaaaaa!!!!!”, which is clearly the best way to start a movie. Another fan favorite, Robert Ginty, is also involved. Wearing a white sport coat and smoking a cigarette, he proves that smoking is cool. But notice he doesn’t get into any hand-to-hand fights. Plus he looks alarmingly like Paul McCartney (moreso as the movie goes along), so this might be the only chance to see “The Cute One” in an action movie setting.

The music played during the fighting and chases is that classic “rockin’ guitar” that is really the only choice for sequences like that. The end credits song, “Courage To Fight” by Susan Guterres, can proudly join the pantheon of great action movie songs, but it should have been played during at least one of Kathy’s many training sequences. As for the muzzle flashes and bullet hits, they’re not nearly as bad as Hangfire (1991), but they’re pretty ridiculous. And it should be noted that the front business that the evil Hauptmann works for is called Imperial Exports - and this VHS was released by Imperial Home Video. Coincidence? Or maybe Ludwig smuggled it?

Lady Dragon is more classic early-90’s action from fan favorites Rothrock and Norton. It’s a solid entry into their canon.

Pretty good film, though I liked the sequel slightly better. The most hilarious muzzle flashes were in the early AIP films, in an interview I read, David Prior said he used brake shavings from auto garages to generate muzzle flashes, "Street Wars" also had hilariously fake looking flashes.

That is really funny! Will have to check out Street Wars for the funny muzzle flashes.