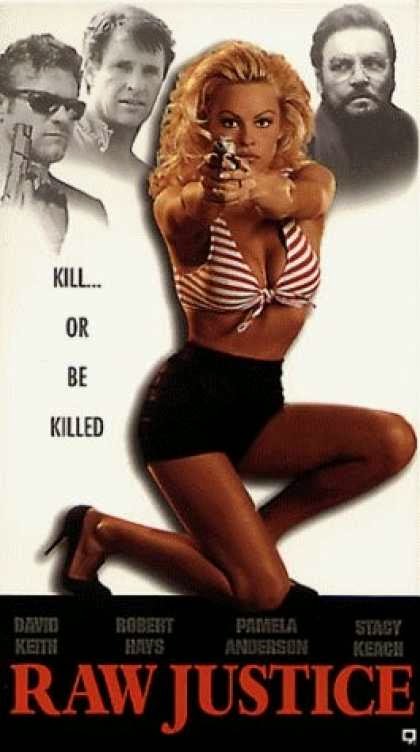 A cool dude named Mace (Keith), who would have to be cool because his name is Mace, is an ex-cop and now a bounty hunter. He doesn’t shave, wears sunglasses, smokes, drinks, and rides his chopper. He’s also handy with gun-shooting and brawling. So, to reiterate, he’s a cool guy. So when Mayor Stiles’ (Napier) daughter is mysteriously killed, he runs straight to Mace’s pad, because he needs someone who will work “outside the law” and by his own rules, to get to the truth and find the killer.

A goofy guy named Mitch McCullum (Hays) is the prime suspect in the murder but of course is innocent. So Mace and Mitch go on the run (as the original odd couple, of course) in an attempt to get justice, perhaps of the raw variety. Along their quest is a prostitute named Sarah (Anderson) who probably doesn’t need to be there, but no one’s complaining. And what do Lieutenant Atkins (Rossi) and Deputy Mayor Jenkins (Keach) have to do with all this intrigue? You just may have to find out today...

Here’s another David A. Prior movie from the time when he wasn’t with AIP anymore, just like Felony (1994), and even some Felony cast members are reunited here, namely Napier and Rossi. The Felony formula of “reluctant buddies on the run” is tried once again, but this time instead of Joe Don Baker and Jeffrey Combs, it’s David Keith and Robert Hays. Prior fashioned a tongue-in-cheek action/comedy with a silly overall vibe that’s pretty accessible to casual viewers. Prior clearly was unashamed to make a movie of stupid, undemanding fun. Sure, it’s dumb and all, but it’s entertaining enough to not be annoying.

It’s perfect for 1994, and the cast of B-movie names would surely be enough to garner a rental at the old video store, especially with Pam front and center to attract potential renters. 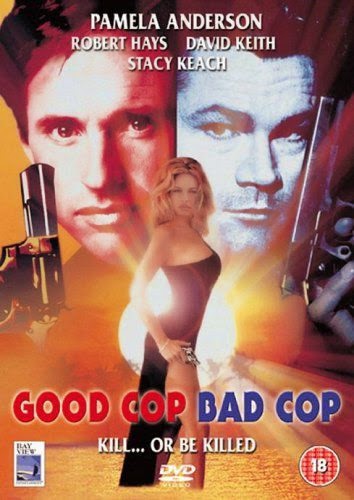 Leo Rossi does yet another wacky “Southern” accent, Stacy Keach is almost unrecognizable, Pam Anderson does the prerequisite nudity, and Robert Hays does what we’ve always wanted from him, Robert Hays-Fu in a fight scene. Charles Napier barks his lines as we all expect, and David Keith is the main hero. Keith really seemed to give his all and be very invested in the role of Mace. But given the chance to be Mace, wouldn’t you throw yourself into it too?

Of course, being the ultimate gentleman, when Robert Hays drops off his date at the end of the night, he gives her one of those Troll dolls that were so big at the time. And his date doesn’t even care about it. Apparently she doesn’t find that shock of upturned pink hair charming, so she deserves to die.

And what would a DTV movie of the day be without some time-honored cliches: sax on the soundtrack, a mysterious and sought after computer disc, mindless shooting, mindless chases, a handful of blow-ups, a barfight or two, an exploding helicopter, and an absurd blackmail plot, among other notable examples.

We’ve reviewed many of Prior’s movies on this site, because we’re fans of his, and he’d refined his style at this point to its most professional level to date. Odds are, if you’re reading this, you’re a fan too, or are at least interested in becoming one. So while it’s no Deadly Prey (1987), Raw Justice is a pretty harmless way to spend an hour and a half.

Haha! Gotta love Pam and her boobs. Always a great selling point to any movie she's in.