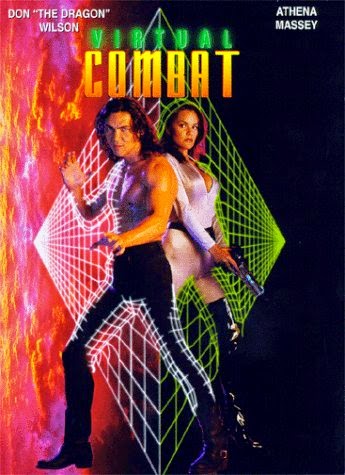 
So in the future, the giant, disembodied head of Rip Taylor welcomes tourists to Las Vegas and tells them where to go and what to do. Evidently, the only worthwhile things are for men to engage in the oft-mentioned ‘Cybersex’ and for women to watch Punchfighting matches. It truly is a brave new world. Unfortunately, a scientist tasked with creating these cyberpeople lets the cat out of the bag, so to speak, and three of them emerge from a tank of slimy goo and into real life.

It was the 90’s, after all, and as we’ve seen time and again, VR was huge. Or it was going to be. Andrew Stevens probably figured he would just meld the then-hot VR trend with the then-hot Mortal Kombat trend, and, voila, you have Virtual Combat! It really is as simple as that, but what those other things don’t have is a holographic Rip Taylor head who talks to you. Anyway, we have some Demolition Man (1993), some Cybertracker (1994), some Terminal Justice (1996), and even some Fugitive Champion (1998), but the movie is very reminiscent of Virtuosity (1995). This one just happens to have more shirtless men punching and kicking each other. 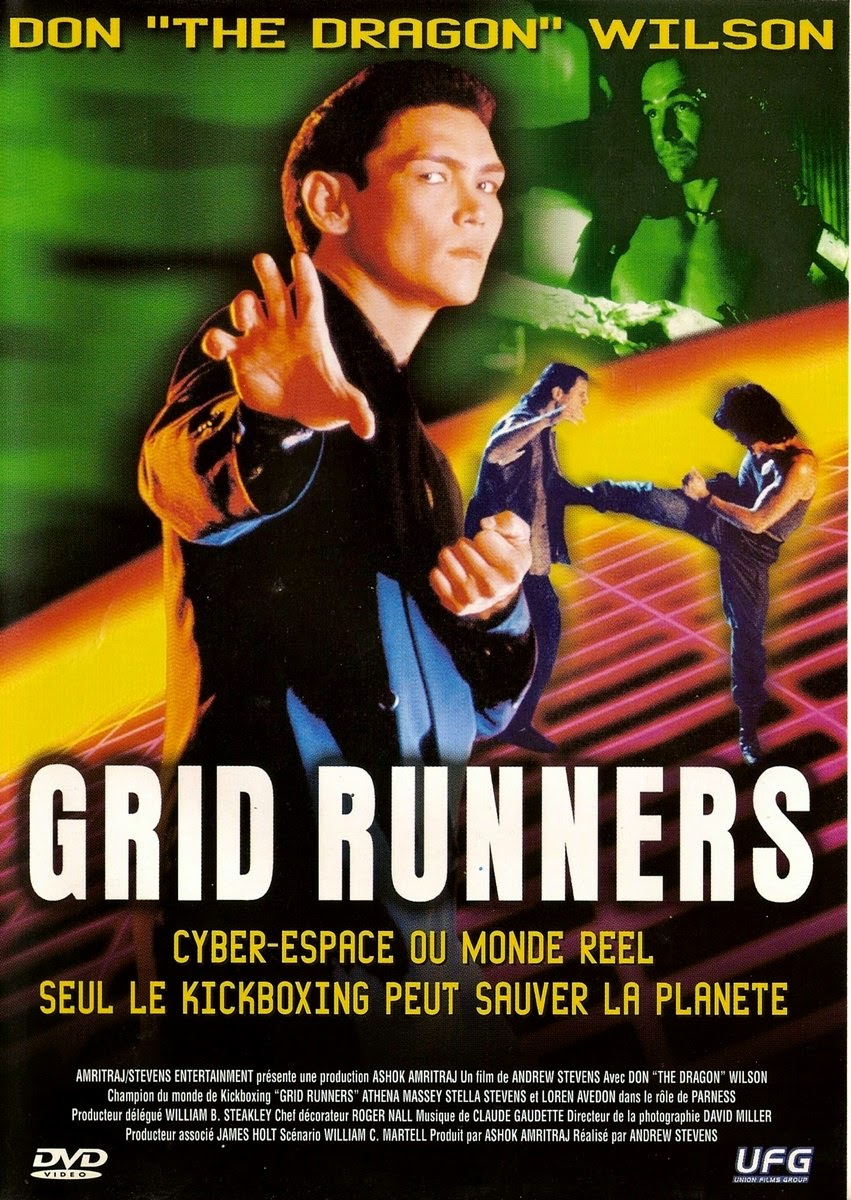 Some of said punching and kicking is in the time-honored abandoned warehouse, with men in yellow spandex (Scorpion) and blue spandex (Subzero) taking on Don the Dragon. Luckily, he’s as wooden as you want him to be, and in the future, people communicate with devices that look like those things used to measure your feet at old shoe stores.

When virtual baddies are defeated, they turn into a bubbling mass of Mountain Dew, surely in a homage to their gamer forbears. There are classic pew-pew lasers, some blow-ups, a very, very silly exploding helicopter, and Don the Dragon goes to the Hoover Dam - he would return only the next year in Terminal Rush (1996). He must enjoy the place.

Virtual Combat is good. Just good. There’s nothing extraordinarily bad or extraordinarily great about it. It does have some interesting casting choices - it has genre mainstays Nick Hill and Ken McLeod in smaller roles, but it also has Turhan Bey and Stella Stevens hanging around.

Loren Avedon isn’t really in it that much, and, interestingly, Michael Bernardo doesn’t use his own voice. Maybe they were trying to compare him with Darth Vader, or maybe the producers thought his own voice was too high-pitched or something, but Michael Dorn, the voice of Whorf (We're not going to look that up to see if it’s spelled correctly) is the voice of Dante. Hopefully, Stevens said at one point, “This guy’s voice sucks. Can we afford Whorf?” Regardless, Andrew Stevens, Mr. Skinemax himself, knows well enough that if there are plenty of babes in minimal-to-no clothing, people will tune in.

There are enough decent moments to keep Virtual Combat afloat, and it’s not likely to offend you, so Don the Dragon fans or lovers of 90’s nostalgia are probably the most likely targets to enjoy it.