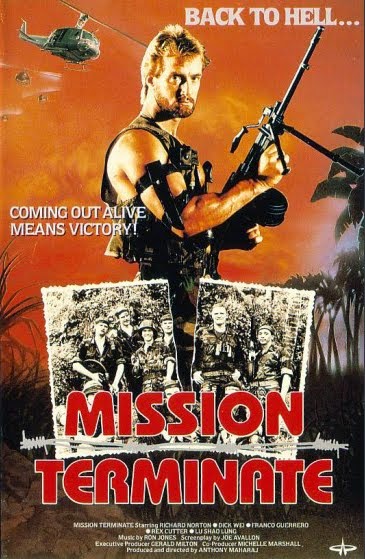 Col. Brad Cooper (Norton) is sent by Col. Ted Ryan (Cutter) to investigate the shady doings of a military unit who served in North Vietnam in 1970. It seems “Recon Team Charlie” were some very bad boys. They killed a bunch of innocent people and stole some gold. Now, in “Southeast Asia 1986” - naturally, some ninjas are upset about the missing gold.

The head ninja is Quan Nhien (Le), and he’s not happy. He begins systematically killing members of Recon Team Charlie to get revenge. So, with a hearty “Anything for the Corps!”, Cooper embarks on his mission to stop the murders, stop the ninjas, and also get to the bottom of the story of the corrupt soldiers and the inevitable cover-up. Can he possibly do it?


The role of Col. Ryan is played by a man named Rex Cutter. This might be the greatest name of all time. Evidently, he was in Silk (1986), but why change his name to Ted Ryan, when he was born with the gold? The nameplate on his desk doesn’t want you to forget the name Ted Ryan, however. It’s unnaturally huge. Moving on, Mission Terminate is the directorial debut of Anthony Maharaj, who went on to work with Richard Norton again, notably on the very similar Cross Fire (1988) the next year. The movie is also known as Return of the Kickfighter, which would be a strange name for a debut film, especially as it’s unrelated to the later Norton/Maharaj vehicle Kick Fighter (1989). We know, it’s all very confusing, but here’s the important stuff to know:


Mission Terminate does have the exploding huts, exploding helicopters, other blow-ups, gun-shooting, flamethrow’d villages, neck snaps, and bar-(in this case strip club) fights in the jungle we’ve all come to know and love. There are some slow moments that bog things down at times, but there are some very cool moments as well which kind of mitigate the duller passages and make you forget them, and you’re willing to give the movie the benefit of the doubt. A bearded Norton rides down a zipline and shoots some people. When we first meet him, he’s competing at the “Ryder Invitational Full Contact Karate Meet”. It took them a long time to paint the sign. 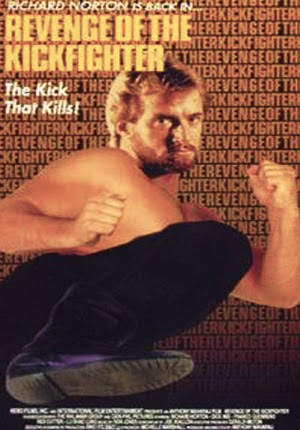 Of course, there are the prerequisite overdubbed funny voices blaring out of the characters’ mouths, but when they’re shouting racial epithets about, and we quote, “pesky Charlies”, and of course, “gooks”, it seems especially ridiculous, if not entertaining in an anti-PC way you would never see today. Besides the time-honored racial slurs, we get tidbits like this description of the elite Thai army’s abilities: they’re “trained to stare down a cobra!” If that doesn’t spell victory in war, what does?


The cast and crew are chock-full of Philippine-shot movie mainstays: the movie was written by Joe Mari Avellana, and stars, besides Norton and the majestic Rex Cutter - who gives Wynn Irwin a run for his money - Bruce Le, Nick Nicholson, Dick Wei, Willie Williams, and Henry Strzalkowski. And, as it was the 80’s after all, there is, of course, a ninja training camp.


So, for a first go-round for Maharaj, Mission Terminate is pretty good, and Norton fans will want to see it, because he raises the level of pretty much everything he’s in. Outside of the slow moments, the movie is  solid and respectable, but most likely one-time watch for most.

Another Filipino classic by Anthony Maharaj. Definitely worth a watch. On IMDB, it's listed as Return Of The Kickfighter. Filipino moviemaking should make a Return.