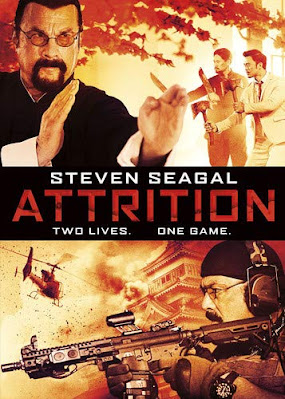 Axe (Seagal) was a professional soldier, but gave it all up because he became weary of war. He retired to a rural village in Hong Kong called Mong La so he could practice his brand of holistic medicine on the locals. However, it turns out that the urban part of Mong La is responsible for human trafficking, animal trafficking, and drug trafficking. Axe sees evil everywhere he turns, and while he prays often to Buddha, he's sucked back in to violent conflicts. It seems some gangsters are not only shaking people down for their gambling debts, but they kidnap a girl they believe to have magical powers. Sensing he can't rescue her alone, Axe does a classic "assemble a team" and corrals his old buddies back such as Infidel (Youngblood) and Scarecrow (Bennett), along with new helpers such as Yinying (Ingkarat). Who will win this war of ATTRITION?

Not to be confused with Absolution (2015), I think it's fair to say that Attrition is one of the best Seagal films to appear of late. Rumor has it that Steve really cared about this project, and that would make sense when you see the final result. He wrote, co-produced, and of course stars in the film, and you get the sense he would rather do movies of a higher quality like this than dreck like Driven to Kill (2009) or Kill Switch (2008). Hopefully that will be the case going forward. 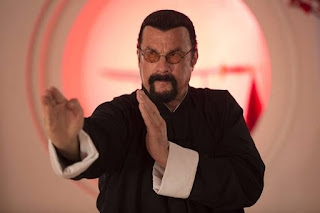 Essentially, Attrition is a Hong Kong-style Kung Fu/Martial Arts film along the lines of what's being produced today, but it just happens to feature a few Westerners, including Seagal. There is a bare minimum (perhaps none) of the silly-stupid DTV moments we're used to seeing with him. Its tone is serious-minded and not at all dumb. Some scenes have real ingenuity and it's shot very well. The performances are well above average, including Seagal. This time out, you can tell he was really trying to make something good, and he indeed succeeds.

There's only one little problem, and you can probably guess what it is. That's right, the CGI bullets and blood. It's just not needed. It stands out like a sore thumb because everything else around it is so good. Why mar what you've got with ridiculous-looking CGI that's so unnecessary? But, really, that's the only real flaw of Attrition. Everything else around that is better than you might think it is. 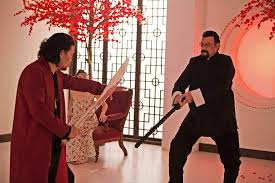 Besides, it's easy to overlook when there's other worthwhile things going on, such as the visions that Axe sees, which are reminiscent of On Deadly Ground (1994), which Seagal also wrote. He likes to give himself visions, apparently. Along with other characters complimenting him, saying what a great guy he is, and also that no one else can even touch him in a fight. Axe speaks mainly in axioms (coincidence?) so he seems wise. But he brings up a good point about all the trafficking, and how can one man fight it all?

One of the best things about Attrition was the classic "assemble a team" subplot that appears late into the film. It was a throwback to those classic 70's and 80's movies that did the same thing, which we always love to see. And the fact that they got James Bennett (who is almost unrecognizable here) from the immortal Fatal Deviation (1998) is just the icing on the cake. 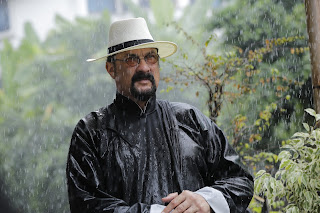 During the end credits, in a box on the left hand side of the screen, we see Seagal performing with a blues band. A lot of the fellow cast members are in the audience and dancing it up. There is even a choreographed dance sequence. This should have been in the middle of the movie itself! Yes, it would have completely changed the tone, but it would have been unexpected. Not to mention amazing. Hopefully Seagal will do something in the future that better taps his musical skills, like a Dance or Die-type thing. That would be awesome.


Perhaps it's a bit early to enthusiastically call this a return to form for Seagal, but it's certainly a step in the right direction. What Stallone had with Rambo: Last Blood (2019), Seagal needs. In other words, a really stunning chance to show he's still "got it". Whatever it is, he should go out with a bang before he retires and the movie should go to theaters. Unless and until that happens, we do have Attrition, which is solid viewing and recommended.
Comeuppance Review by: Brett and Ty
Also check out a write-up from our buddy, DTVC!
Posted by Ty at 10.9.21