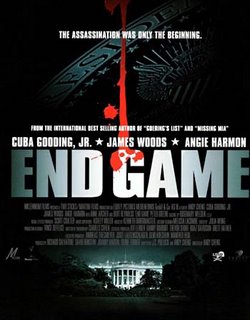 End Game is one of the biggest Direct-To-Video movies of the year. Like Edison Force (2006) The Big White (2005), and Grilled (2006), it shows that any movie with an all-star cast and good premise can go DTV.

The plot: The president has been assassinated. Secret Service Agent Alex Thomas (Gooding Jr.) feels responsible. He starts to fall into a deep depression. When reporter Kate Crawford (Harmon) realizes that there's a conspiracy about the killing, she enlists Thomas's help. When they start to dig deeper, The assassins start to target them and all witnesses. Can they escape? 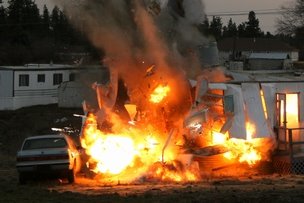 This movie was slated to have a theatrical release, so the action scenes are 100 times better than your usual Seagal\fast cut crud. 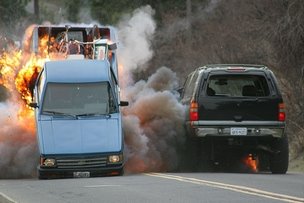 While Burt Reynolds looks like a Madame Tussaud's wax statue of Burt Reynolds, and that is somewhat distracting, the rest of the cast, including Todd Jensen, put in their usual professionalism. Woods and Reynolds have a good confrontation in the beginning. The only problem with the movie is the ending, I won't spoil it, but I will say they don't stop while they're ahead.
Overall, End Game is one of the best straight to video movies I've seen in a long while and if you like Cuba Gooding Jr. Or Woods, definitely check it out.