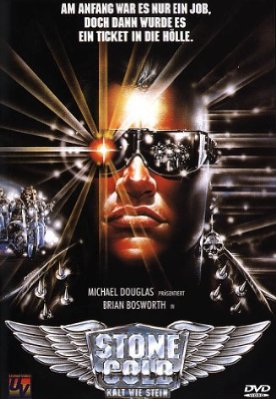 
Ah, Stone Cold. What a classic! In the tradition of Cobra, he puts the "force" in "enforcement"! It has a very similar style of highly entertaining macho-stupidity as seen in fellow classic Road House (1989), a period in our nation's history where such things flourished.

John Stone (The Boz) is a cop who goes undercover in a biker gang to weed out the leader, Chains (Henriksen) and his dangerous crew. 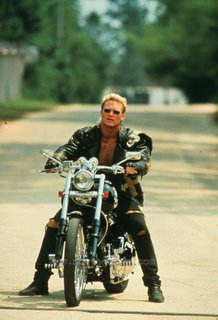 Okay, the plot isn't much, but how 'bout that Mullet! Only in 1991 can you get away with that hair. Boz has a couple of good lines like "Cleanup on aisle 4", very reminiscent of Cobra's "I don't shop here".

Henriksen always puts in an excellent performance. He's at his best as the villain. Forsythe looks young (and a little heavy) here, but he doesn't disappoint. The climax at the courthouse is hilarious! You gotta see it to believe it! 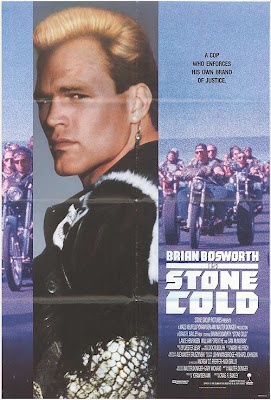 On top of everything else, there are many quotable lines. They truly don't make movies like this anymore,  which is a travesty. Stone Cold will always hold a special place in my heart. 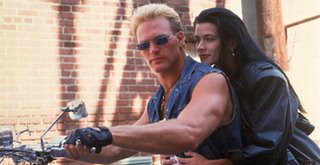 I love this movie. Why this isn't on DVD is beyond me. A shame, it is!

I know! What's the holdup? All I want is Boz Commentary!

Bood movie, that's a term i've made up to quickly name the "so bad it's good" movies.

Does your blog only cover Direct to video stuff?
I'd love to see what you think of one of the most obscure action movies ever "Shotgun (1989)".

I've seen "Shotgun" It was an early PM entertainment flick. It has it's boring moments, but it does have some good action towards the end.