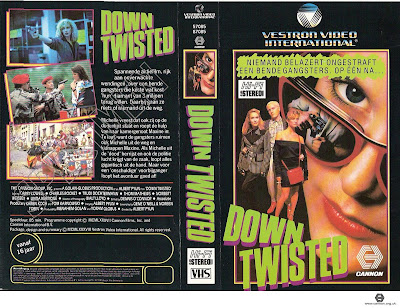 AKA: Treasure of San Lucas


“The deal is going down…but it is going DOWN TWISTED!”

Perhaps this quote from the movie will help to explain the confusing title. From the title onwards, things get more and more muddled.

The plot involves Maxine, a waitress with big dreams (Lowell of Dangerously Close fame) who inadvertently gets mixed up with a gang of smugglers who are trying to get their hands on a stolen artifact called “The Crucible Of San Lucas”.

They almost get it in the beginning of the movie, but are double-crossed by an associate of Michelle, Maxine’s roommate. The baddies believe Maxine has a key to a locker which contains the artifact. She’s drugged and kidnapped and placed on a boat to San Lucas with a guy named Reno Mars (Rocket). During a scuffle they fall in the ocean and escape their captors. 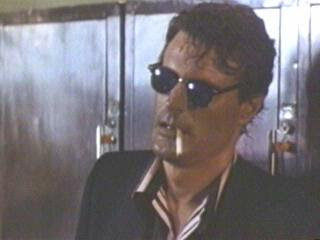 Now they must dodge the baddies, the military group in red berets that run the island, and other pitfalls. Plus Maxine has a job interview to get to and she has no passport to get home. Who is double-crossing who? The allegiances are constantly changing.

'Twisted tries to be peppy but it is actually sluggish. The banter between Maxine and Reno isn’t that funny and the main problem is the over-reliance on cutesy humor. For example, during Carnival, Maxine dresses up as a chicken and Reno dresses up as a woman. The intention here was probably to drum up some “laffs” but sadly none are forthcoming.

The main bad guy is named Deltoid…..yes, Deltoid. All characters say the name with a straight face. Unfortunately, the rest of his gang (featuring Thom Matthews also of Dangerously Close fame) are not named after muscles in the human body. This could’ve been a pre-Reservoir Dogs (1992) situation: Instead of Mr. Blonde, Mr. Pink, or Mr. Orange, there could have been Mr. Deltoid, Mr. Hamstring, and Mr. Tricep. Sadly, this was a missed opportunity, one of many, with 'Twisted.

Get “Down” with your bad self and don't watch this classic tonight!