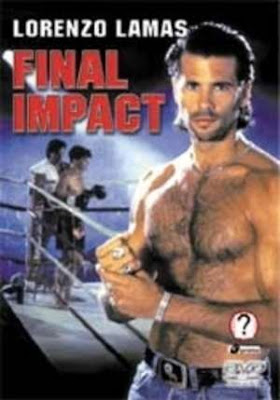 
In the late 80’s and early 90’s, video store shelves were clogged with Punchfighting, shootfighting, kickfighting, legfighting, armfighting, and ???-fighting movies. These macho meathead fests featured oiled-up men in singlets mindlessly pounding each other. We don’t mean to “bash” these flicks, but the fact is they came in the wake of successes like Bloodsport (1988) and Kickboxer (1989). I proudly own most of them. Despite their knockoff status, they are clearly trying and mostly succeeding in pure entertainment value. Also most of the fighters in the movies are skilled martial artists and it is a pleasure to watch them fight.

Sure, everyone knows the big names in the beat-em ups such as Van Damme and Seagal. But without the direct-to-video B market for these films we wouldn’t have a new class of action star. Where would we be without William Zabka, Don “The Dragon” Wilson, Jeff Speakman, Matthias Hues, and Gary Daniels? The answer: NOWHERE!

This time around, Lamas plays jaded, tequila-swilling ex-fighter Nick Taylor who now promotes underground kick-fighting matches. When young Turk Danny Davis (Worth) a fresh-faced rookie fighter comes into Taylor’s world, Taylor sees his potential as a top-kicker and trains him to be the best and be a kick-fighting champion in Las Vegas. But first he has to defeat the spoiled Johnny Cage-like Hollywood fighter Jake. 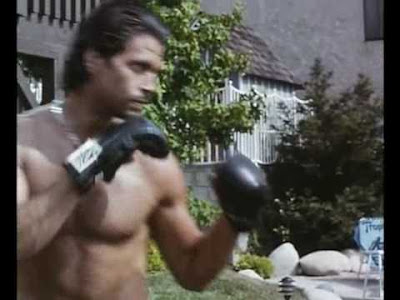 On his way up to the top he has to fight a young Gary Daniels. Nick has continuous flashbacks to his defeat in the ring years ago at the hands of the dastardly Jake. Now he and Danny have to get even. Also there is the prerequisite street fight in a place called the “Neon Graveyard”.

One of the funniest parts of the movie is during one of Nick’s flashbacks. In the grand tradition of Ian Borger and fan-favorite Ron Marchini, Lamas bellows in slow mention “Nooooooooooo!!!” But Worth as Danny Davis gets the best line of the movie when in an argument with Nick he retorts: “If I’m so predictable, how come I’m the light-heavyweight champ of Ohio?!” Nick feels the burn of this nonsensical zinger.

If there was no Lamas, There would be no movie. But the real star of the show are Lorenzo’s outfits: He wears a leather vest with no shirt for most of the movie, and it’s about 40 minutes in until we see our first shirt.

Make an “Impact”ful statement by buying this classic tonight!