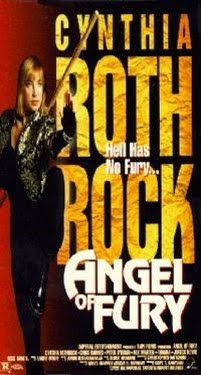 In this highly entertaining and fast-paced Rothrock outing, Cynthia plays Nancy Bolan, the head of security at HTI. She is a courier and must deliver a top-secret computer. To cover her tracks, there are also two decoy computers. All three are in silver suitcases. While in Indonesia, Nancy develops a relationship with a little girl named Sarah and her mother.

There is only one problem: BOLT (O'Brian), "The terrorist who strikes like lightning" also wants the computer. He is a ruthless and evil man with a lot of goons. 80 minutes of fight scenes ensue.

Bolt closely resembles Sly Stallone and there are even references to two Stallone movies: In one scene Nancy calls him "Rambo" and in another scene he is inexplicably arm-wrestling another goon a la Over The Top (1987). Exactly why Bolt is supposed to be like Stallone and he is most evil baddie on the planet is not known. Bolt is also a master of disguise as will be revealed in a laugh-out-loud moment. Bolt employs a henchman named "Ty" and he looks like an Indonesian Mr. T., Complete with gold-chainses and mohawk. Both this man and Peter O'Brian can be seen in the excellent The Stabilizer (1986). Maybe they are buddies.

"Angel Of Fury" is filled to the brim with action. Rothrock has some wicked and fun martial arts moves and there are a lot of high-kicking, high-jumping feats. Rothrock is utilized well and gets to showcase her skills in many different ways. The whole movie is Rothrock fighting in different settings. One in particular that stands out is in a mall and it brings to mind the scene in Jackie Chan's Police Story (1985). 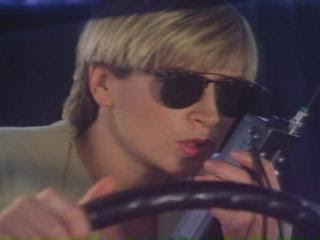 A movie highlight is when Nancy takes Sarah to an amusement park. After Sarah proclaims her love for "Mickey Mouse", she then proceeds to kick a guy in an oversized rat costume in the butt repeatedly. With all that kicking, she might be able to become the next Rothrock. Too bad for the ratman.

Funny, silly dialogue, Rothrock at her best, tons of action, and a little girl kicking a ratman in the butt...what more could you want?

Released on the Imperial label on VHS, Angel Of Fury is a definite winner!

I will need to make this one happen myself as I work my way through Rothrock's catalog. By the way, I put a link to your site on mine under the "Other Great Sites" section. Sorry I didn't do it sooner. I'll be giving you a bigger shout out next week when I review Hostage on Monday.

Thanks! We appreciate that. Rothrock rules.