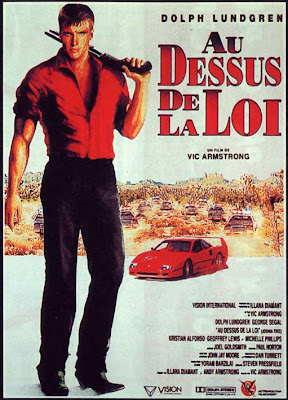 
Dolph plays Wellman Santee, a trucker involved in a shootout with his partner Eddie (Foree). Santee is framed when a cop dies and Santee goes to jail. He escapes and goes on the run with a woman named Rita. Meanwhile, Lt. Severance (Segal) is on the case, trying to track them down. Who is double-crossing who? Will Santee be able to clear his name? 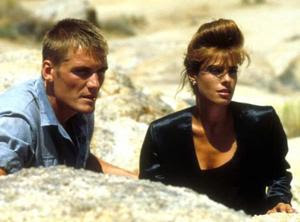 Dolph puts in his usual likable performance. A movie highlight is when Dolph takes on the gang of Jimmy Shoeshine (Michael Paul Chan). It is an extended shoot-out sequence and is very well-shot and John Woo-esque. The scene even includes the slow-motion violence of Woo. It goes on for a long time, showing that this is what the audience has been waiting for, and it delivers well. 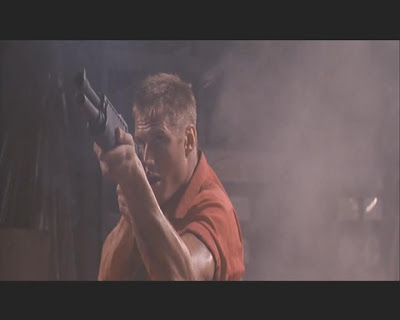 George Segal has a bushy mustache and straw hat and is evil. Army of One is pretty much standard fare in terms of the plot, and does go on a bit long at almost two full hours, but Dolph fans will still enjoy seeing their hero on screen. 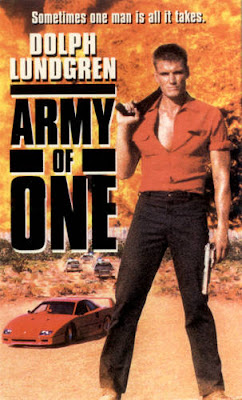 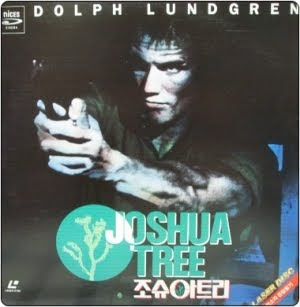