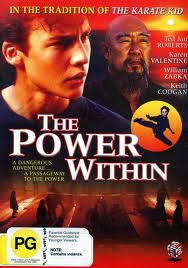 
In this entertaining PM effort, Ted Jan Roberts, or, "TJ" as we like to call him, plays Stan Dryer, a shy 16-year-old kid who wants nothing more than to go to the prom with Sandy, but is too meek to ask. When an old man, Master Yung (Okamura), gives him half of a powerful ring that gives him confidence and excellent martial arts ability, his life changes for the better. The only problem is, the other half of the ring belongs to the dastardly Raymond Vonn (Zabka). Vonn desperately wants the other half of the ring so he can control the world. Will Stan defeat Vonn and make it to the prom? Find out today!

TJ has formidable martial arts ability. He does impressive kicks and can knock out many baddies at once. Before Stan gets the Power Within, he is failing all his classes in school. After he gets it, he begins to ace his classes and is quite knowledgeable about the cold war, easily discussing "Gorby" with style and aplomb. At the prom, in the vein of Corey Feldman, with whom he co-starred in A Dangerous Place (1995), Stan strikes a Michael Jackson-like pose. Maybe The Power Within isn't ALL good. 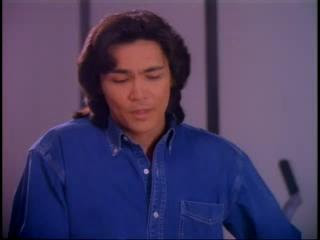 Zabka as Vonn puts in a fun, over-the-top performance. He adds a lot of life and energy. He wears a blue kimono numerous times and chops cinderblocks with his hands. He has some memorable quotes, such as "If you keep pestering me, I'll send for your soul!", "Obey me or die!", and the strangely homoerotic "Remember me, Stan? The man of your dreams!" (Stan has weird dreams that feature Vonn, usually laughing maniacally). Also, one of Vonn's henchmen resembles Gene Simmons sans makeup. That is pretty intimidating.

Stan's brother Deke is the obnoxious little brat who likes to play his Game Boy and yell "Yeah!" He also admonishes his brother that he's "missing Magic Kid!" For those who don't know, Magic Kid (1993) and Magic Kid II (1994) both feature Ted Jan Roberts. How meta.

There is an inexplicable cameo by Don "The Dragon" Wilson. He is introduced, as himself, to a martial arts class. He gives Stan some life lessons. It's always nice to see the fan favorite, even if there is basically no reason to. He must have been on break from filming the PM vehicle CyberTracker (1994).

In all, The Power Within is a fun action/martial arts romp meant for teens. If you can find it, see it!

Comeuppance review by: Ty and Brett