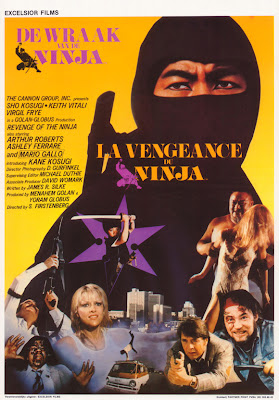 Cho is a mild-mannered man living in Japan who is also a ninja. When baddies kill off his family, except for his son Kane Osaki (real-life son Kane Kosugi) the two move to the U.S. to start their lives over again in the face of the tragedy and get on with their doll-selling business. Little do they know that some nefarious men are importing drugs in the dolls. When Kane sees what's going on, it fuels a war between the Osaki's and the drug peddlers. Add to that, there is a traitor in Cho's midst.  Will Cho Ninja his way out of this mess and finally have peace? 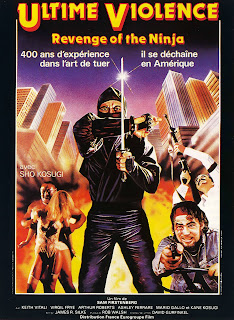 It's easy to see why this is one of the most popular Ninja titles from the classic era. Sho is at his best here. He says little, but that works in his favor. His son Kane takes after his dad, and nowhere is that better seen than when he fights some schoolyard bullies. Those kids never saw NINJA moves coming their way. Don't mess with pint-sized Kane. Maybe this was the seedling that later sprouted the 3 Ninjas franchise (the first one of which features Prof. Toru Tanaka, as does this film...coincidence?) and, of course, Little Ninjas (1990). 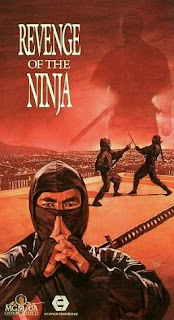 The movie is surprisingly brutal, with ninja stars embedded in foreheads and all, but it's all in good fun. Fun really is the name of the game here, as the simple plot allows for the maximum amount of Ninja action. It's well-shot and everything is very pro. This obviously raised the bar for Cannon Films. 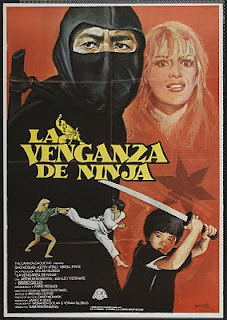 Watch out for the aforementioned Toru Tanaka who is always fun to see, and Keith Vitali of American Kickboxer 1 (1990) fame is on hand as well.  This is a great place to start for those unfamiliar with Ninja movies and are looking for a good way to kick off a potential obsession. For further "Sho"-times check out Enter The Ninja (1981). Go Sho! 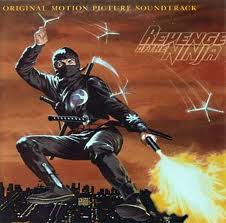 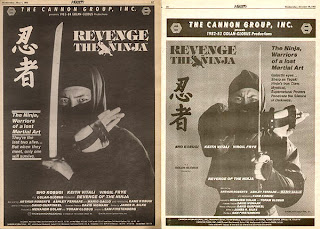 If I ever make that list of movies that don't disappoint, Revenge of the Ninja would be high on the list. I'd like to mention a few of the high points that were left out of your review, to encourage your readers to watch this.

1) Brutal, but in a innocent way.
2) Excellent facial emotion by Sho.
3) Great fight choreography, with hard working stunt men.
4) Sho's hot blond student come's to the dojo with no pants on.
5) Sho says to her "If you want to train, you forgot your pants".
6) Excellent over the top Italian bad guys, especially Mario Gallo.
7) Weapons constantly are drawn from seemingly nowhere, providing constant surprise and enjoyment.
8) Ninja hypnosis, with glowing purple eyes.

I could go on and on. Seriously, but I have to get back to work now. I strongly encourage anyone reading this to check out Revenge of the Ninja. And let me close with a little self promo. Please visit my website daveordie.com and consider picking up a copy of my new iPhone app Dave's Crystal Ball (coming soon to Android).

Thanks for all the great insights! i forgot to mention a lot!

Revenge Of The Ninja is a classic!

This movie is truly an all-time classic. The most secret Ninja weapon of them all has to be guyliner.

Can't agree more. One of the best Sho movies. Same with Pray for Death!