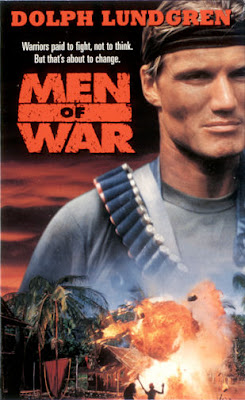 Nick Gunar (Lundgren) is a down-and-out former mercenary who is tired of the life. While weary, he yearns to get back to his family, so he accepts a job to go to a small island in the South China Sea and extract the resources it contains (and just wait until you find out what those resources are). He assembles a team of his former buddies to accomplish this task. Once on the island, his group begins to splinter. Some believe the island should be spared because inhabitants like Po (Wong) and Loki (Lewis) would have their lives destroyed, and others simply want to plunder. Adding to all this is super-evil bad guy Keefer (Goddard), Gunar’s - and everyone else’s - arch-nemesis. Naturally, Gunar and Loki fall in love so they fight to save the island...but THEN what will happen?

Men of War sports a high-quality look and feel thanks to excellent cinematography that captures the beauty of the local indigenous culture. Add to that a very strong supporting cast (Including Tiny “Zeus” Lister, Kevin Tighe and Thomas Gibson, among others) and a script co-written by none other than John Sayles, you get some symbols of quality. That being said, this movie is very much like McBain (1991) in many regards - the female member of the team really brings that comparison into perspective (Catherine Bell does an admirable job and its nice to see a female character getting into the action with the guys and not being another reporter). 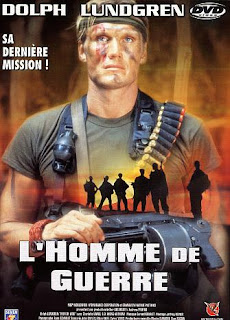 Of course, Dolph is named Gunar (with one N, apparently). And rather than being yet another Russian character, here he’s known as “Nick the Swede”, which actually pays tribute to his true nationality. Dolph puts in a strong performance and has a cool hat. Charlotte Lewis is always welcome, but why is she playing a girl of Thai descent? Trevor Goddard makes an excellent baddie and you really hate him. So his job was done well. 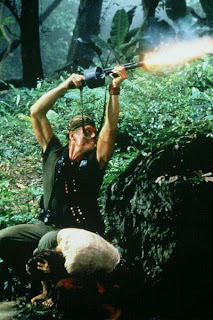 This is what you’d call a classic “Assemble-a-team” movie - a common theme in action films perhaps best exemplified by Kill Squad (1982). There’s even a scene or two of Punchfighting as Dolph assembles his team. But even though the aforementioned John Sayles was onboard, this movie becomes a fairly standard jungle/exploding hut/exploding guard tower movie. Also it suffers from the common ailment of needing more action right before the climax. But there are some scenes of humor to leaven it all out like the cinematic fried dough that it is.

Shot in Krabl and Phang Nga, Thailand, Men of War has a lot going for it, but despite all its pluses, it just barely won us over.

I had fun with this one, because it had so many funny parts. Maybe the best was BD Wong, who's American, trying to affect an Asian accent. He sounded like John Pinette describing his trips to the Chinese food buffet.

Another one I keep meaning to catch. Man, I need to catch up big time on my Dolph filmography.
Great job guys!

Thanks! Looking forward to your take on this Dolph outing!

I Come In Peace and The Punisher are the final two Dolph flicks for Dolph month!

Probably one of my top three Dolph flicks, and clearly the (earth-bound) blueprint for AVATAR?

The late, great Trevor Goddard stole the flick with his Craig Fairbrass-isms!

Can't agree more about Trevor Goddard. He did a great job as the baddie.

This was solid. Nothing more nothing less. Another worthy entry in Dolph's filmography. Great review. Can't wait to hear your thoughts on I Come in Peace and Punisher.

Thanks! Totally agree with you. This was a serviceable Dolph outing.

Sounds.... mediocre. It just looks very typical, but not bad at all.

Covered this a while back...it has some negatives, but the positives outweigh the shortcomings...Trevor Goddard was great, such fun to just watch him, and listen to him...

Hoaks2: That is mostly true. There are some bright spots, and you can certainly do a lot worse than this movie.

Hellford667: Totally agree with your comment. The late Trevor Goddard stole the show and it is a shame that he died so early. He was a tailor-made baddie that we would have liked to have seen more of.