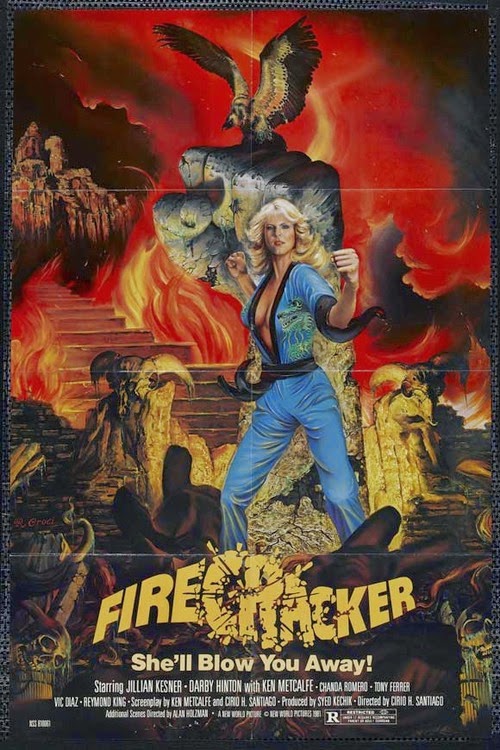 Susanne Carter (Kesner) is a beautiful female Martial Arts instructor (we’re informed multiple times that she’s a sixth-degree black belt) who travels alone to the Philippines in search of her missing sister. While on her quest, she runs afoul of a man named Chuck (Hinton) who not only fights in Karate tournaments himself, but is also involved in a variety of illegal doings with a man named Grip (Diaz).

While Susanne has to navigate this treacherous world, she also finds time to enhance her Martial Arts studies, learning the Philippine art of stick fighting, known as Arnis - they even made a whole movie about it called Sticks of Death (1986). Will Susanne’s beauty and brawn combination lead her to find her sister and win the day? Find out today!

Jillian Kesner, of Operation Cobra (1997) fame was an ideal choice for the heroine of Firecracker: she’s attractive, athletic, and was not only game for the many fight scenes, but also the Cirio standby of  the nearly-nude girl fighting multiple attackers. It’s one of the standout scenes in the movie, as it would be again in the future for Silk 2 (1989) and Angelfist (1993).

Firecracker is classic Cirio. It has a thin plot about a woman trying to find her missing sister, there are plenty of shots of the beautiful Philippine countryside and other local cultural things, plenty of fight scenes, and a lot of 70’s.early 80’s fashions on display. Plus at an audience-considerate 77 minutes, it never overstays its welcome. 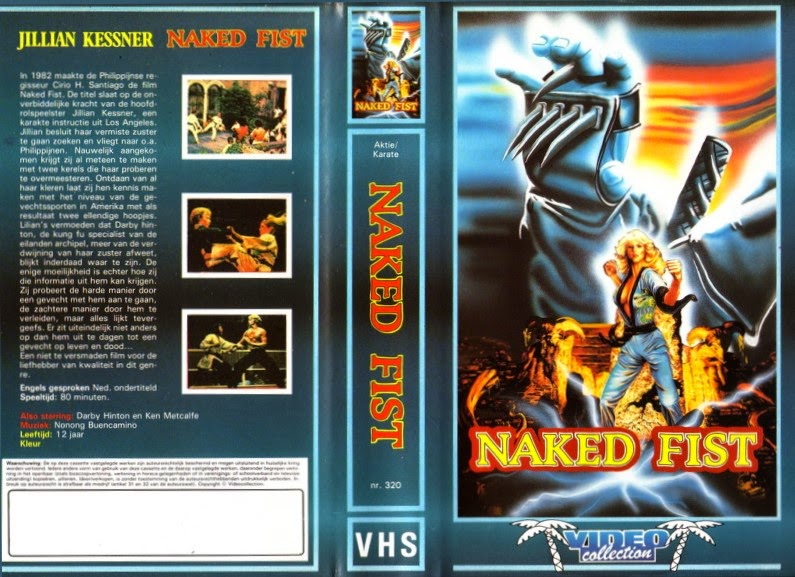 Darby Hinton, who plays Chuck (did they try to get Chuck Norris for this role, fail to do so, then hope nobody would notice?) steals the (fashion) show with his multiple stylish outfits, not to mention his resemblance to basketball great Larry Bird. But it was a different time - a time when audiences would dress up nicely and go to a supper club to watch Martial Arts displays while they eat dinner by candlelight.

A time when seemingly-random barfights could break out at a moment’s notice, a time when Jillian Kesner could step in and save us all with her newly-acquired Arnis skills. Has the world really gotten better since then? Clearly not.

With contributions by Philippine film legends Vic Diaz and Joe Mari Avellana, and a very cool main musical theme by Nonong Buencamino, Firecracker is an enjoyable gem that mixes two hot genres of the day: Martial Arts and exploitation. Now that it’s on DVD with the three-movie “Lethal Ladies” collection, there’s really no excuse not to check it out.