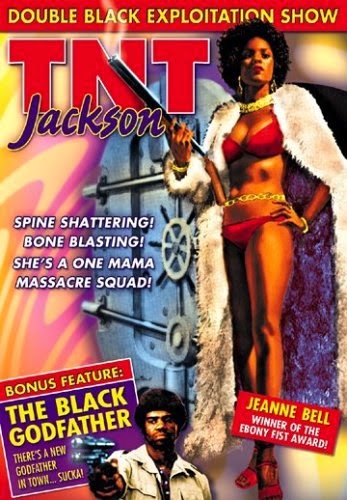 Diana “TNT” Jackson (Bell) is a fish out of water - a tough, foxy lady from Harlem now on the mean streets of Hong Kong looking for the drug dealers who killed her brother. When she arrives in HK, she wants to go to the section so dangerous, her cabbie won’t even take her there. It’s a good thing she’s a Martial Arts expert. During her quest, she ends up meeting the charming Charlie (Shaw), a cool brother with designs on TNT. Her rivals include Elaine (Anderson), who works for the criminal organization headed by Sid (Metcalfe) - the nefarious syndicate she’s trying to bust up. With only her wits and her fists and alone in a strange land, will TNT’s revenge be truly explosive? Find out today!

TNT Jackson is the earliest Cirio film we’ve seen to date, and one of the first we had seen by him, period. We would certainly end up seeing many more in the future from this prolific director. The movie is a Blaxploitation classic, and even has some of the themes Cirio would use throughout his career, well into the 90’s - namely, the show-stopping nude (or nearly so) fight scene. Hey, if it’s not broken, don’t fix it. He stumbled upon a winner with that idea, and used it again in such films as Silk 2 (1989) and Angelfist (1993). The movie is certainly entertaining enough, and at a brief 72 minutes, you really can’t go wrong. It also features great, funky music by Tito Sotto and some great, pre-political correctness dialogue. For example, many characters refer to TNT Jackson as “that Black chick”, and the most dangerous section of Hong Kong is called the “Yellow District”. Add to that some amazing 70’s hair and fashions, and you have a mild winner. 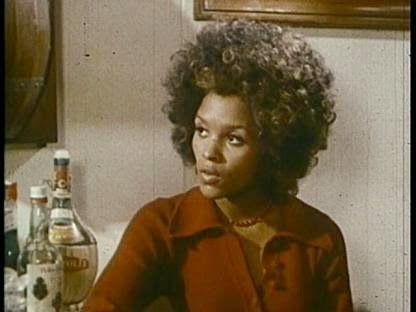 Mild because there’s not exactly a lot of substance here, and the fight scenes are sped up, slowed down, and tinkered with in a lot of ways...but it’s all in good fun, and we realize Jeannie Bell isn’t supposed to be Donnie Yen. The fights are more like the ones seen on the old Batman TV show. Maybe this is all the concoction of J.Lo, a person we were frankly surprised to see credited as Martial Arts instructor. (In case the deadpan humor of that isn’t coming across, that’s supposed to be a joke. But there is a guy named J. Lo in the credits, which was fun to see).  While it’s unfair to compare Bell to someone like Pam Grier, who pretty much remains the queen of the Blaxploitation era, Bell can certainly hold her own, appearing in Trouble Man (1972), Black Gunn (1972), and Three the Hard Way (1974), among others.

When seeing this movie, make sure you see the DVD included as part of the Roger Corman Lethal Ladies collection, released in 2011. This version blows away any released before it. Throw away your old VHS or gas station DVD’s. It’s in widescreen, with crisp, clear colors. The movie has never looked better. If you’re going to see, or re-see this pleasant-enough entry in the Blaxploitation canon, there has never been a better time than now.

This was better than expected for an early 70s Filipino movie. I have seen one earlier Cirio, Savage (1973), which was a pretty similar blaxpoitation outing, although with a male star.

Funny you mention Savage, we have that movie coming up for Cirio Month as Black Valor next week.