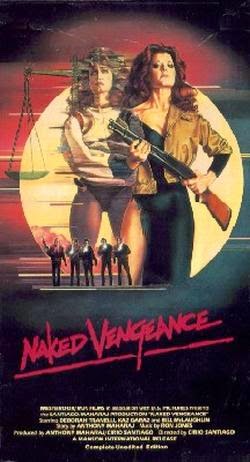 
Carla Harris (Tranelli) is a woman who seemingly has it all: a rich and luxurious life as an actress with a successful lawyer for a husband. When her beloved hubby is killed by a common street thug, she travels back to her rural home town of Silver Lake, California, to live with her parents and re-evaluate her life.

However, far from the serene environment she was hoping for, she has to deal with constant harassment from the local gang of good ol’ boys. Led by local butcher Fletch (Garas) and including gas station attendant Sparky (Nicholson), among others, their rude and lewd behavior eventually escalates into a full-on gang rape. When the disgusting thugs end up murdering her parents, as well as Timmy (Roderick), Carla has an emotional breakdown that leaves her in a near-catatonic state. While being observed for shock and other symptoms at the local hospital, Carla decides to bypass the seemingly ineffectual Sheriff, John Cates (McLaughlin) and dispense her own brand of justice. Violent vigilante justice, the only kind that gets results. But will she eliminate her attackers before it’s too late? Find out today!

While Naked Vengeance has a similar look, structure and feel to other Cirio movies, this ranks as one of his best, thanks to the intense, no-nonsense storyline and pace. It can proudly rank among other female-fronted revenge movies such as Ms. 45 (1981), Savage Streets (1984), Sudden Death (1985), and of course the movie it most closely models itself after, I Spit On Your Grave (1978).

A lot of Cirio regulars are on show as well, mainly as the lecherous townsfolk - his stock company of actors, as it were, such as Kaz Garas (who resembles Powers Boothe), fan favorite Nick Nicholson, and Henry Strzalkowski, among others.  Cirio was kicked into high gear for this one, and, especially compared to his more standard outings, here he was surely in a state of grace. 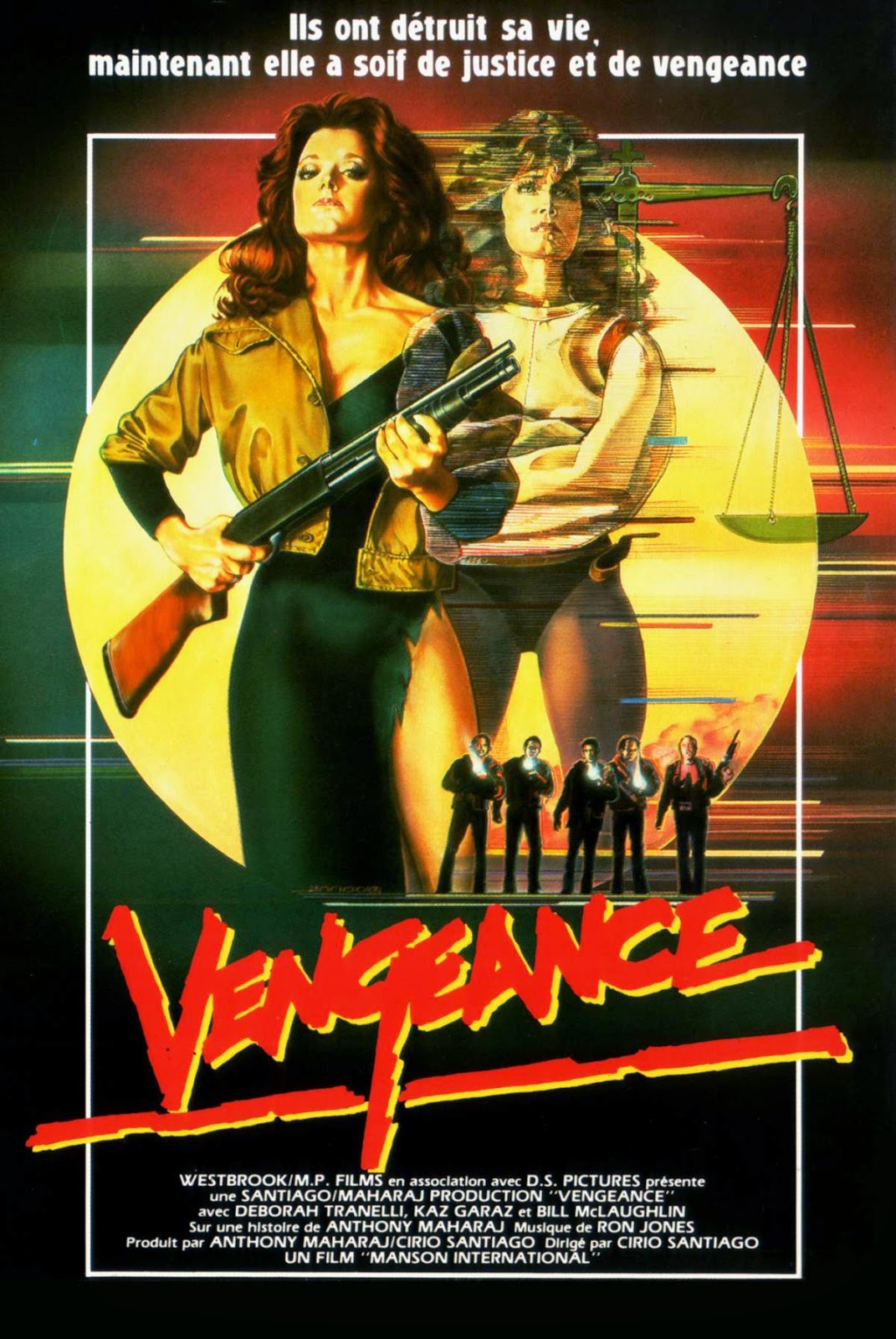 Naked Vengeance is the time when the “Cirio Formula”, if there is such a thing as one, finally clicks and everything totally works. His method of repeating the theme song numerous times throughout the movie is employed  here, and thankfully it’s the driving anthem “Still Got A Love”, by Michael Cruz and sung by the main star, Deborah Tranelli.

The cameraderie of the baddies is interesting: they all bowl together (and have nifty personalized bowling shirts to boot), and they even work out together on the same schedule in a place that can only be described as a “Villain’s Gym”. The day after their atrocity, one of them even says to his buddies, “Eh, I don’t feel like working out today.” There were no other patrons in the gym, either. Maybe you get 10% off your membership if you’re an evil scumbag. One of their beefs against Carla is that she changed her name from Olson to Harris, which in their view is true diva behavior that they cannot abide. Why Harris is a more glamorous name than Olson is not explained. Also of note is a movie marquee which is playing Breakin’ 2: Electric Boogaloo (1984).

We love revenge movies here - hence the name COMEUPPANCE reviews - and Naked Vengeance is a gem.

I'm curious, the title's Naked Vengeance. So does Tranelli dispense her vengeance whilst naked, or does she demand that her victims remove their clothes?

Never seen. BUT "NAKED Revenge"sounds like a movie for me, haha.

And a German News: 19th of January the TV-SEnder ARTE will play "Sorcerer" uncut in TV. But there is in Germany NO uncut DVD or BD.

These are the damn cuts in Germany .The whole movie!!! Arses.

Exploding Helicopter: From i what i remember, Tranelli is scantily clad\sometimes naked while killing baddies just in like in Angelfist.

Harry: This movie definitely delivers the revenge goods. Sorcerer is over 20 years old and not that violent. It should be uncut in Germany by now. That's ridiculous.