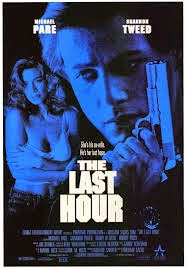 
Susan (Tweed) and Eric Drake (Pucci) seemingly have the perfect life. Eric’s a successful stockbroker and the two live in the lap of luxury. However, it’s all built on some shady dealings, as Eric very, very stupidly stole five million dollars from the mafia. So mob boss Lombardi (Di Cicco) kidnaps Susan, and with the help of his goons, which include Frankie (Miano) and Spider (Trejo), spirit her away to a hiding place in a big skyscraper until Eric can come up with the money in return for her freedom. But Eric is a nerdy nebbish who has never shot a gun in his life. So he calls upon Susan’s ex-husband Jeff Flynn (Pare), who, despite similarities in their names, was never a member of ELO.

Jeff is a cop, a toughguy, and a quasi-belligerent meathead, so he can go in and get the job done. So despite some awkwardness about their personal lives, the two men team up to save the woman they both love. But can they do it?

Hmmm, a movie about a rugged hero who is fighting his way up a high-rise building to save someone, who communicates to the lead baddie by walkie-talkie, wears a tanktop and has to fight through goons (mainly a blonde hench-person - in this case it’s the token female baddie). Doesn’t seem familiar at all. Of course, it’s time for the video store staple, the “DieHardInA” movie, but this time they didn’t even change the location. It’s still a building.

The only tweaks are that there’s only one hostage - Shannon Tweed - and there are two men trying to save her. One is a blockheaded, mullet-headed meathead, and the other’s a dweeb. They’re the original odd couple! Their squabbling is more annoying than productive, and honestly, the two dudes aren’t that likable. This keeps the audience from truly caring that much. 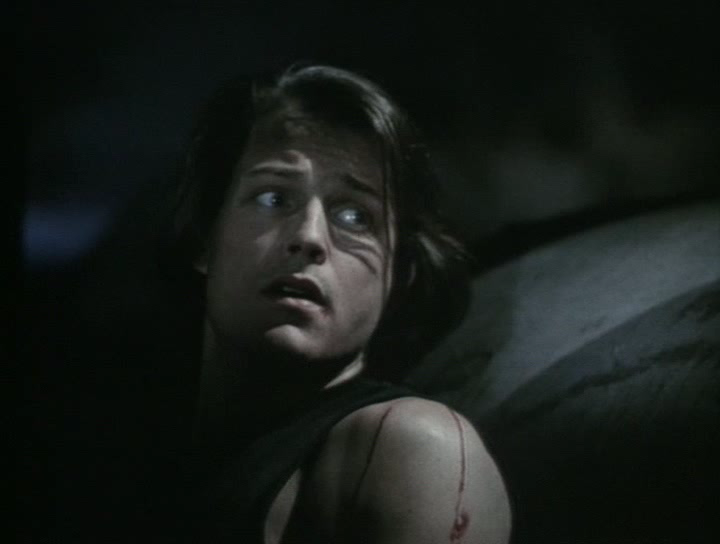 The main bad guy isn’t that menacing, which is a problem (the female baddie was more intimidating), and the goons are hapless. There wasn’t much of a threat for audiences to get that invested in. We’re not even going to criticize the movie for lack of originality this time. We’re beyond caring about that. It’s not that The Last Hour is bad, it’s just really, really dumb. Many brain-numbingly idiotic things happen during the course of the film.

But sometimes those things lead to unintentional laffs. For instance, there’s a really flimsy excuse for Michael Pare to get shirtless, and no excuse for Danny Trejo to get, and remain, shirtless. Why these two men needed to be shirtless at all remains completely unexplained. So we laughed at that, for example.

Some more goons for Pare to kill, and more locations besides just the one building would have elevated the movie immensely, much like the many scenes in elevator shafts herein. That way all the rampant dumbness wouldn’t be confined to minimal locations, the stupidity could have run wild and free. But there is a slo-mo shootout for absolutely no reason, and the time-honored sax on the soundtrack, firmly placing it in its place and time. I.e., a video store shelf which patrons peruse by, but fail to notice.

Quite possibly the best part of the Academy VHS are the two trailers included before the movie. They are Edge of Honor (1991) and Prayer of the Rollerboys (1990), proving that the two Coreys were still livin’ the dream at this point in history. As for The Last Hour, the plot couldn’t be more simplistic - the guys have to rescue the girl. End of plot - but it seems only fans of DieHardInA movies of the day (are there any out there?) will really get anything out of this particular outing.

Die Hard with an ex-husband. How did it take them so long?

I liked this one, it's interesting that one can see it as an inspiration for the completely insane action movie "The Raid: Redemption"

Exploding Helicopter: Haha! Happy they finally made it.

Venom: There's definitely some similar aspects to it. The Raid is an action mastepiece though.

I thought this was an OK DieHardInA_ movie. Michael Paré always seems to appear in OK or poor movies.

Totally agree. He's never been in a straight up good movie. The closest is Instant Justice.