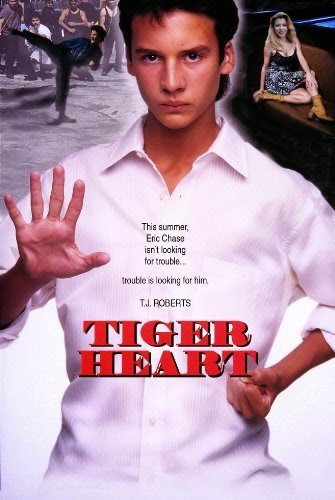 
Eric Chase (Ted Jan) is a teenager who lives to practice Martial Arts at his local dojo. Even when his best buddy Brad (Williams) cajoles him into going to parties with bikini-clad babes, nothing can stop Eric from sparring with his local tots and his Sensei (Camacho - simply billed as “Sensei”). When Eric meets the beautiful Stephanie Simmons (Lyons) at the deli across from his beloved dojo, it seems first love may be in the air.

Unfortunately, Nat (Kriesa) is your classic evil land developer, and he’s sending out squads of punks and/or goons to scare people out of their homes and businesses so he can build one of those despised malls on their property. Led by Paulo (LaSardo), the goons eventually end up at Mr. Johnson’s (Howard) deli - where Eric’s paramour Stephanie happens to work. Defending her honor, Eric uses his long-practiced Martial Arts skills on the goons - but can this one kid fight off the coming real estate war? Find out today!

Classic Ted Jan all the way. If you’re familiar with his work, such as the entertaining A Dangerous Place (1995), here is more of the same. Which is a good thing, because both movies have a youth-oriented, fun, upbeat feel. The likable Roberts did a lot of work for PM, but this may be the standout. His buddy Brad is the wacky sidekick. To him, the Haim/Feldman vehicle License To Drive (1988) is more than a movie. It’s a template to base your entire life upon.

Even though Brad begs for his dad’s car keys and promises to eat his vegetables if he can have them, actor Timothy Williams was 29 years old at the time of filming! Let’s not forget this is a man/kid who wears a Hawaiian shirt with a Billy Joel “River of Dreams” T-shirt underneath - tucked in. Clearly this is a man who knows where he’s going in life. Interestingly, Ted Jan co-starred with Feldman in A Dangerous Place. Coincidence? 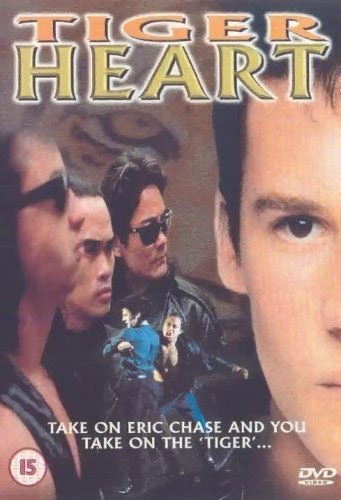 Once again, Roberts wears hugely oversized clothing, and his age is indeed in question. One minute his sister (McComas) says she has to babysit him, the next minute he’s driving and saying he’s going to college next year. But one thing is for certain: Eric can’t go out and fight evil land-developer punks unless he finishes his summer reading. That’s almost an exact quote from the movie. This indeed might be the first recorded instance of the term “summer reading” on film. What a first.

But the movie is totally 90’s through and through, from the clothing to the dialogue. Robert LaSardo gets a lot of nice screentime here. Normally he’s relegated to the background, but he’s the main “street baddie”. His fellow punks walk around with boomboxes on their shoulders, so you know they’re evil, not to mention disruptive. The “save our community” plot was also done in fellow PM movie Private Wars, and some scenes feel very familiar.

The title song is a lot of fun too, and it even features the lyrics “power comes from discipline!” - you don’t hear that, lyrically, every day. Thank you John Gonzales and Derol Caraco for that. It’s hard to believe that this fast-paced romp was directed by the same guy who directed the abysmal Musketeers Forever (1998). This is so much better than that. The PM style is out in force, so it’s almost like, abstractly, PM itself directed the movie. Also, it should be noted that there is an uncredited cameo from Matthias Hues to watch out for.

Tiger Heart is an enjoyable “entry-level” action movie best suited for people who don’t take themselves so seriously.